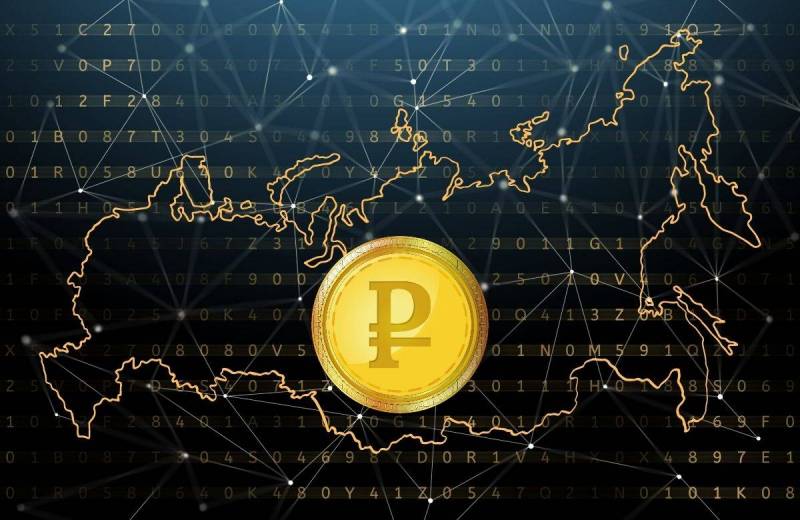 The military operation of the Russian Federation in Ukraine became the point of an economic break with the West. The United States plans to use against Russia something like economic and a financial blockade in the hope of destroying the country's economy and thus changing the state's foreign policy.

The American ideology of suffocation with trade and economic instruments is based on absolutely idealistic messages.

During the period of McCarthyism in the United States, a large-scale falsification of the history of the Second World War was carried out with far-reaching political consequences, the essence of which is not only to exaggerate the importance of the opening of the Western front and the Normandy landings in the overall picture of the war, but also to exaggerate the role of the so-called Lend-Lease. The Americans proclaimed that their deliveries to the USSR played a decisive role in the success of the eastern front. At least in the American historiography of World War II, it is argued that without Lend-Lease, the USSR was unable to defeat Germany and its allies.

This seemingly purely opportunistic-historical concept had a decisive influence on the formation of the American cult of economic power and the possibility of solving almost all issues with dollars. There was a blind love for their own economy, the American market, corporations and their supposedly limitless power.

The idealistic message of the absolute power of the American economy played a cruel joke on the US in industrial policy. They, roughly speaking, deindustrialized America, massively moving production in the 1980s and 1990s to Southeast Asia. Americans, drugged by the theory of post-industrialism, were sure that the essence of their economy was patents, ideas and creativity. And now, when they unleashed a new cold war, they bite their elbows, as they have largely lost their industrial potential. And it is not so easy to restore it when whole generations of office clerks, PR specialists, designers, creatives and bloggers have grown up instead of engineering and managerial personnel.

Another consequence of this idealistic message was the universal policy of strangling rivals and objectionable countries with sanctions. Americans are convinced that the isolation of countries from their "life-giving" market of goods, capital and trade in dollars is like death. However, practice directly refutes these ideas. American sanctions could not cause significant harm not only to the USSR and the Warsaw Pact countries, but were unable to destroy either the PRC, or Cuba, or the DPRK, or Iran, although this was precisely what they were aimed at. Of course, the smaller the country, the more destructive the consequences of the sanctions were, but they did not fulfill their tasks. Sanctions play their political role only in relation to the business communities of countries subject to sanctions, which are deprived of the opportunity to show off in the West, withdraw capital and profit from the speculation of Western goods. But it is impossible to call this “damage” terminal for any country, on the contrary, it contributes to a certain “nationalization of the elites”.

Western isolation of the Russian economy clears the market of goods from Western monopolies and sharply increases the attractiveness of the real sector for domestic capital. The neoliberal concept of the endless pursuit of "investment attractiveness", the essence of which is to turn the country's economy into an appendage of global corporations, is coming to naught.

Threats and prospects for economic independence

The main alarmist argument against isolation is the growing technological backwardness of Russia from the West. He is as stupid as he is hypocritical. The point is to eliminate technological backwardness in an open economy is much more difficult, because your country is constantly saturated with competitive high-tech products from abroad and it is almost impossible to create your own break-even production under such conditions. Local goods are not able to withstand price competition simply because of the ratio of economic potentials with global competitors, who also use cheap labor in poor countries. It is easy to see that all attempts by Russia to create high-tech products from scratch have failed for this very reason. Everything that is now produced in the Russian Federation is technological, there is the development of the remaining personnel and production potential of the USSR.

Some will say that China has managed to eliminate the technological backwardness from the West in a market economy. But, firstly, its economy has never been open, and secondly, the Chinese eliminated their backwardness due to political will, they copied production chains with great difficulty, stubbornly, for years, sent specialists to study abroad, eventually managing to raise the level its engineering and management staff.

There are examples of countries that have eliminated technological backwardness in an open economy, such as Taiwan, Japan and South Korea. But such countries do not actually have sovereignty, they are the strongholds of Anglo-Saxon imperialism in Asia, and their corporations are partly owned by the West. The population of these countries practically does not receive any benefits from the highly developed production located on their territory.

At the same time, one must understand that the world market itself, largely controlled by the United States, is beginning to unravel. First, the objective situation is pushing all the countries that the United States is pushing out of the world market towards mutually beneficial cooperation. For the production of Belarus, Iran, Venezuela, Nicaragua, North Korea, the doors of the Russian market are opening even wider. And in China, a “gold rush” is already beginning over the withdrawal of Western goods from Russia. Second, the Russian market, which is freed from Western corporations, is becoming attractive to a number of countries that value economic benefits over Washington's political cues. Turkey is already rubbing its hands, declaring that it will not join the sanctions. India talks about the prospects for increased trade with Russia. As for the US and Europe's complete renunciation of Russian gas and oil, this is hardly possible, at least for Europe in the short term.

Thus, the future of the Russian economy is not at all as sad as it is portrayed in the Western media. On the contrary, we have received many new opportunities to consciously combine production and trade factors to increase potential and ensure self-sufficiency. Russia has the brightest and most extensive historical experience of industrialization, both in the 1930s and post-war reconstruction of the economy.

The main economic problem today is the complete misunderstanding of the current situation by Russian business. Our entrepreneurs, in the best traditions of temporary workers and businessmen, rushed to profit from the situation, indefatigably inflating prices for all products. There is no doubt that most businessmen have been working for the last month on how to finally withdraw as much capital as possible from the country, and “hide” those that cannot be withdrawn in gold or real estate.

This once again confirms the old political thesis about the anti-people nature of the oligarchic strata. No matter how Vladimir Vladimirovich defends entrepreneurs, it is clear to everyone that in order for them to act in unison with the needs of the people and the country, the state must significantly increase pressure on them.
Reporterin Yandex News
Reporterin Yandex Zen
8 comments
Information
Dear reader, to leave comments on the publication, you must sign in.