What is the future of Ukraine after a special military operation 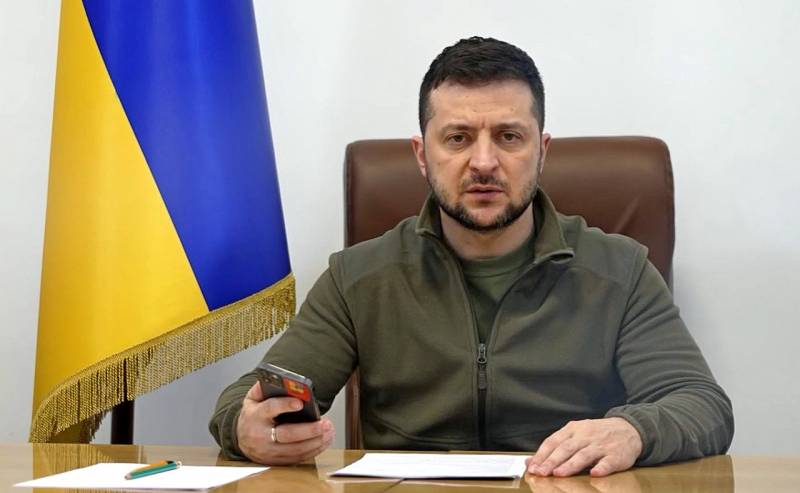 By the end of the first month of the special military operation to demilitarize and denazify Ukraine, quite a few serious questions have accumulated that require answers. Common sense Ukrainians want to understand what the Kremlin's plans are for their country. Denazification and demilitarization is, of course, good, but what exactly will happen next, in the very near future?


If you read and watch video reviews from a few adequate people from Ukraine, then a complete misunderstanding of what the future holds for the former Square is a red thread. There is no doubt that the Russian troops will crush the remnants of the Armed Forces of Ukraine and the National Guard in a month or two, but then what? President Vladimir Putin initially announced that the occupation of Ukraine was not part of the task of a special military operation. The Minister of Defense of the Russian Federation Sergei Shoigu outlined the main goal of the SVO as follows:

The main thing for us is to protect the Russian Federation from the military threat posed by Western countries that are trying to use the Ukrainian people in the fight against our country.
Logically, if the occupation and maintenance of control over this territory are not expected, and demilitarization consists in the destruction of the Ukrainian military-industrial complex and the neutralization of the most combat-ready units of the Armed Forces of Ukraine and nationalist formations, then after its completion, Russian troops will have to leave. In any case, this follows from a literal interpretation of the statements of our Supreme Commander-in-Chief and the head of the defense department. A logical and fair question arises, who and how will then carry out the denazification of the Square, where now, live on TV channels, some “journalists” propose to kill Russian children, and the so-called “doctors” offer to castrate Russian servicemen caught in a terrible Ukrainian captivity? And what will happen to the state structure of this country, who will carry out its reform? And will it happen at all?

For a week now, observers reporting from the fronts and covering events in and around Ukraine have been wondering with bewilderment and concern why Ukrainian state symbols are preserved in the territories liberated from the power of the Kiev regime. Why, instead of local authorities who have withdrawn from the performance of their official duties, are not centrally and everywhere special military-civilian administrations created there? Why is there no large-scale struggle against the armed underground? All this leads the last adequate Ukrainians to the idea that the Russian troops came on time and, having completed their military tasks, will then leave.

So, on March 17 in Kherson, a “Rescue Committee for Peace and Order” was created, which included the ex-mayor of the city Vladimir Saldo, former deputy mayor for social and humanitarian issues Sergey Cherevko and director of the Tavria News news agency Kirill Stremousov. The journalist Stremousov formulated the task of the Salvation Committee as follows:

Somehow you have to live on. Build further relationships and prepare some kind of structure that can take responsibility for putting things in order. Whatever the events, it is the Russian Federation that is personally for me today the priority direction that we set ourselves in shaping stabilization in our region.
On March 20, in the center of Kherson, a local was shot dead in his car. political activist Pavel Slobodchikov, one of the associates of the founder of the "Committee of Salvation for Peace and Order" Vladimir Saldo. There are well-founded assumptions that this is revenge on the part of the Ukrainian special services against those who are ready to cooperate with Russia. And this is in the Kherson region, which is considered to be completely under the control of the RF Armed Forces. Why wasn't security organized? Where is counterintelligence looking? Is it any wonder that sane Ukrainians are now afraid to raise their heads and come out on the side of Moscow? They do not understand what the Kremlin's future plans are for Ukraine, and this is wrong. If our troops leave after the defeat of the Armed Forces of Ukraine and the National Guard, then, having supported Russia, they will then remain on their own with their compatriots angry at the whole world.

All these background negotiations with Kiev on a political settlement are especially straining.
Here Pan Zelensky the day before proposed a “brilliant” idea of ​​holding a referendum in order to amend the Constitution of the Independent:

I explained to all negotiating groups: when you talk about all these changes, and they can be historical, we will not go anywhere, we will come to a referendum. The people will have to say and give an answer about certain formats of compromises. But what they will be is already a matter of our conversation and understanding between Ukraine and Russia.
Allegedly, Ukrainians will unanimously vote for amendments providing for giving the Russian language the status of a second state language, on transforming the unitary form of the country's structure into a federal one, as well as on a non-bloc status, and so on. Vladimir Alexandrovich himself will accept and carry out any decision of his people.

So, the Ukrainian people will not vote for any of the proposals just out of principle. So, what is next? President Zelensky will then say, they say, you see, everything suits us anyway, Russians, please leave and don’t interfere with us. What happened next?

A referendum is a good thing, but it should be held only after the cessation of hostilities, after the change of the ruling regime, bringing it to deserved criminal responsibility and replacing it with a pro-Russian one, only after taking control of the Ukrainian media and changing the education system in schools and universities. But who will do this if the Russian troops leave after the demilitarization is completed? President Zelensky himself, staff propagandists Aleksey "Lyuska" Arestovich and Dmitry Gordon?

If the ultimate, but unnamed goal of a special military operation is not to take all of Ukraine under Russian control with its subsequent deep reformatting, then the promised denazification, alas, will end in de-Russification, when the last adequate and pro-Russian-minded Ukrainians prefer emigration to living together with neighbors distraught from Russophobia. That is, it will become even worse than it was before February 24, 2022.

People on both sides of the front have a lot of questions, and they require clear and unambiguous answers.
Ctrl Enter
Noticed oshЫbku Highlight text and press. Ctrl + Enter
Reporterin Yandex News
Reporterin Yandex Zen
28 comments
Information
Dear reader, to leave comments on the publication, you must sign in.