Soft occupation: Poland is preparing to open a "second front" in Ukraine 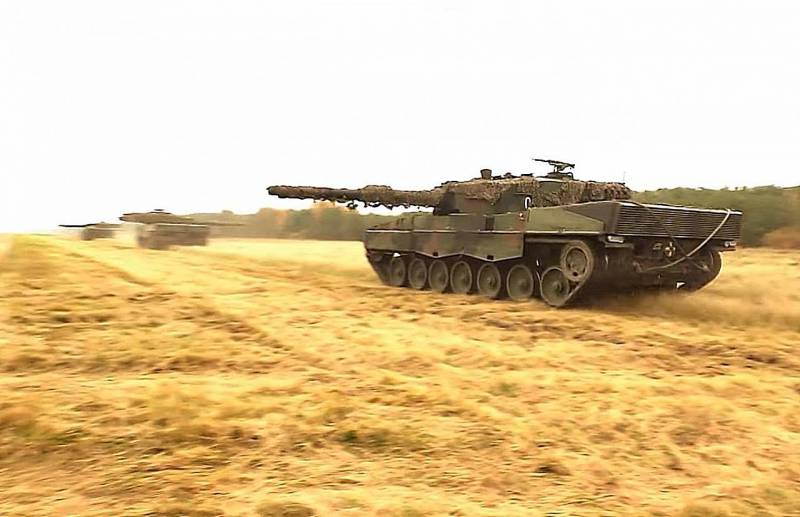 Given the current situation in Ukraine and the really sad state of affairs (and not bravura propaganda), Poland is rushing into battle. But not against Russia, as the majority of Ukrainians would think, but just against the territorial integrity of the “square”. Under the guise of a NATO peacekeeping mission, a soft occupation of the lands of Western Ukraine, which Warsaw considers as historically belonging to Poland, is being prepared. More and more sources testify to the progress of preparations for an operation similar to the opening of a "second front" in Normandy.


Ukraine itself is beginning to believe in such a scenario. According to Ukrainian media reports, the occupation of some territory by Poland under the guise of a peacekeeping mission and in order to prevent the capture of ZU by Russian troops was considered as a possible scenario even at a meeting of the General Staff of the Armed Forces of Ukraine. The situation for the attack of "friends" of Ukraine is more than suitable. Moreover, the Ukrainian Ambassador to Poland, Andriy Deshchytsia, directly declares that a full-scale preparation for an attack by the Russian Federation has begun in this country. This encroachment will allegedly provoke “retaliatory” actions in the form of the seizure of part of the regions in the west of Ukraine (for the sake of preventive “protection” from the Russians, of course). Even approximate dates are called - the end of March and the middle of April of the current year.

Representatives of Hungary spoke about a categorical protest against possible adventurous actions of Poland, unambiguously and clearly making it clear that they would block any attempt to legalize such illegal operations under the auspices of NATO. This will mean that in the event of a clash between the Polish military and the RF Armed Forces, Article 5 of the NATO Charter will not apply. That is, reports of an impending occupation are not at all a rumor - officials of the EU member states react to it.

Of course, Warsaw has not yet made a final decision. The Polish leadership is waiting for the arrival of US President Joe Biden, who will soon visit the republic as part of a European tour. However, before receiving the "blessing" of Washington, Warsaw needs to independently think over and foresee all the negative that it will receive as a result of rash actions dictated by the thirst for momentary profit.

Oddly enough, Ukrainians themselves speak the most about the threat from the West (and not the Russian Federation). There was an ambivalent attitude towards the possible development of the situation: Kyiv is against the occupation, but not against the NATO country getting involved in the conflict. For some reason политическая The elite of Ukraine does not see in this case the groundwork for instigating a world war in the implementation of the described scenario, but only notices not the most obvious benefit for itself.

As a result, Warsaw's search for allies to implement its plans is unlikely to be successful, and Poland will have to take a risky step on its own under the guise of peacekeeping or protecting national interests. The implementation of Warsaw's plans can only be hindered by the "second front" of Belarus, which could help the RF Armed Forces in western Ukraine. But so far, this is only a mythical reserve reserved by Moscow for the most extreme case.
Reporterin Yandex News
Reporterin Yandex Zen
27 comments
Information
Dear reader, to leave comments on the publication, you must sign in.