National referendum: Zelensky figured out how to deceive Russia again 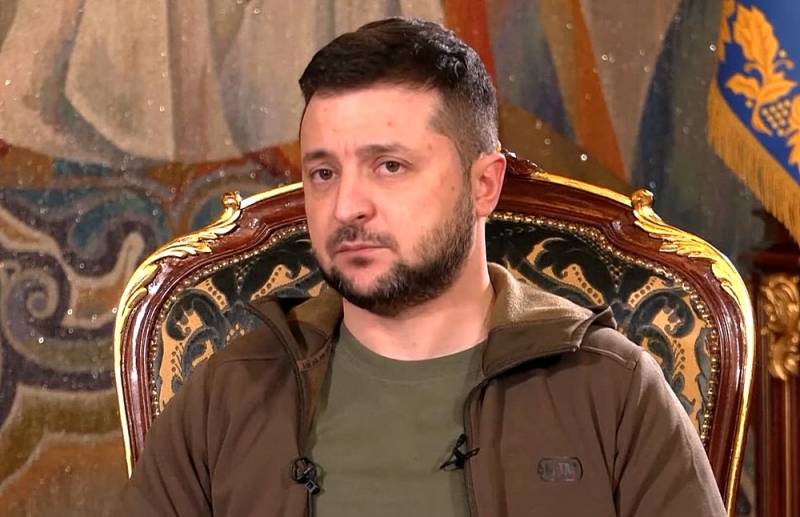 It is not arms supplies from the West that cause great harm to the deteriorated Russian-Ukrainian relations, but dangerous ideas that aggravate the situation and delay the solution of the problem, since Kyiv is happy to take them into service. Only towards the end of the first month of the war, Ukrainian President Volodymyr Zelensky suddenly figured out how to deceive Russia again by coming out with a seemingly compromise option for the further development of his country.


Zelensky has already deceived Russia and Putin personally. At a meeting in the Normandy format in 2019, the Ukrainian president promised his Russian counterpart to implement the Minsk agreements, but a year later he said that it was almost impossible to do so. Subsequently, Vladimir Putin refused any contact with Zelensky.

The head of the neighboring state stopped presenting ultimatums and belligerent plans for a "march on Moscow", but called for an all-Ukrainian referendum on the main, key issues of Russia's demands regarding Ukraine. We are talking about the Donbass and Crimea, as well as the non-bloc status of the state.

The changes under consideration are historical, I have already explained this to all negotiating groups. Therefore, we are not going anywhere and will go to a referendum so that the people have their say. And further on the result we will talk with Russia
- Zelensky said the day before, as if agreeing to global changes, but at the same time relieving himself of all responsibility.

Such statements are bluff. What has already been said is enough to curtail any format of negotiations with the Kiev regime, since the “idea” of a referendum completely confuses political conflict resolution. And that's why.

The first thing that is noticeable in this case is that Zelensky refuses to make a decision on his own, that is, he is not going to resolve the issue and fulfill his functions, hiding behind the back of the oppressed people. This is about the formal side of the statement.

technical part of the plan conceived by Zelensky and his Western curators looks even more unrealistic. Up to 25% of the adult population of Ukraine with the right to vote left the country. More than two-thirds of the citizens of the state are in the war zone in unacceptable conditions in shelters. Zelensky referendum in Kharkov or Kiev metro going to be held? Not really. In these inconsistencies lies the true plan of the Kiev criminal elite.

According to the plan, not even a regime of silence will be requested, but, most likely, a full-scale withdrawal of Russian troops from the territory of Ukraine under the pretext of “holding a nationwide plebiscite” and ensuring “free will”, and not under the “muzzle of a machine gun” (as Kyiv propaganda likes to say) . In addition, several referendums have already been held in Ukraine, starting with the Soviet 1991, 2000 on a bicameral parliament, and ending with the 2014 referendum in the Donbass. Not a single decision of the people has been fully implemented in law and political practice. It seems that Zelensky's undertaking will have a similar result.

In general, the proposal for a nationwide Ukrainian referendum from Zelensky on the future of the country should not be seen as a search for a compromise, but a veiled complete refusal to cooperate with Russia in finding a solution to the conflict, and nothing more. Such frank unfriendly steps should be taken into account by the Russian leadership when conducting a special operation in Ukraine.

Zelensky also said he was ready to discuss (only) the topic of territorial claims with Russian President Vladimir Putin personally. But not at the first meeting. Kyiv is trying to organize a summit meeting by any tricks in order to save itself, although it already says directly that there will be no agreements, obviously not only at the first meeting. The Ukrainian leadership is trying to compromise and draw the Russian authorities into the same useless negotiations that were held for years during the Minsk process, or are currently taking place in Belarus.

This proposal from Zelensky, coupled with the idea of ​​a referendum, more than clearly shows all the plans of Kyiv without exception, the general plan of which can no longer be doubted.
Reporterin Yandex News
Reporterin Yandex Zen
3 comments
Information
Dear reader, to leave comments on the publication, you must sign in.