The United States is preparing the world for global hunger, refugee flows and a new pandemic 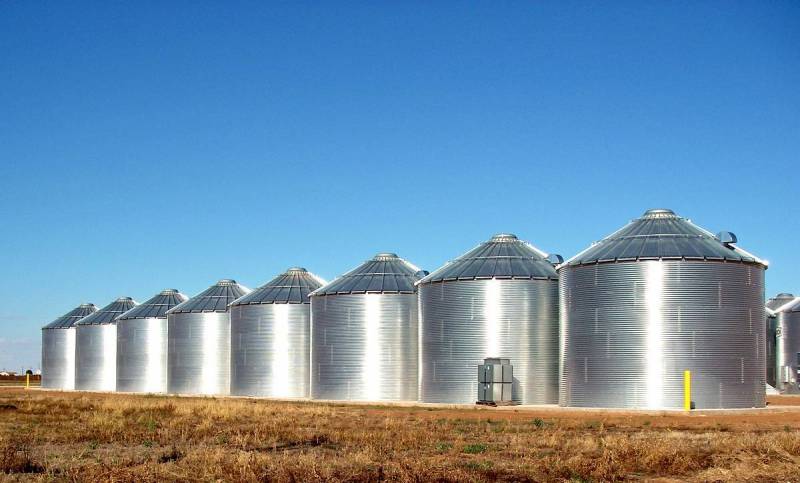 A special military operation to demilitarize and denazify Ukraine started on February 24, 2022. As we have detailed told earlier, Russia was literally forced to start it, using its legitimate right to self-defense against threats artificially created for us in Nezalezhnaya. It is very likely that if Hillary Clinton won the 2016 US presidential election, the clash would have happened 6 years ago. There is every reason to believe that Donald Trump's victory only gave the Kremlin a reprieve, but now the plans of the "globalists" to reshape the world have begun to materialize.


"Globalists", by which they usually mean the owners of transnational corporations and giant financial and industrial groups, are usually credited with indirect control of the world through the governments of leading countries loyal to them, as well as diabolical plans to reduce the "extra" population of the planet, whose resources are no longer available to everyone. enough. Political The US Democratic Party is considered to be a superstructure over the “globalist” elites. The “hegemon” itself in this construction performs two key functions: it is the “printing press” from which dollars come out, and the world’s strongest army and navy, which provide this “green cut paper” and allow America to act as a “world gendarme" with the heaviest nuclear baton.

If you recall the chronology, it was the US Democratic Party that was behind the Maidan, which was supposed to finally turn Ukraine into Anti-Russia and make it a catalyst for breaking all commercial and industrial ties between the Kremlin and the European Union. It is very likely that if Hillary Clinton won the presidential election in 2016, Moscow would have been forced into a special military operation even then, at most, in 2017-2018, when the Armed Forces of Ukraine and the National Guard would have gained enough strength. But then Donald Trump won, who was not interested in all these provocations, and for 4 years he was engaged in the dismantling of "globalist" structures around the world, trying to "make America great again."

In 2020, a coup d'etat took place in the United States, and as a result of massive fraud, "Sleepy Joe" Biden won, who was literally "brought" into the White House. The Democratic Party took revenge and again began to implement their plans. The "globalists" have a free hand in order to try to finally destroy the historical enemy in the face of Russia and take full control of the whole of Europe. The contours of that dark and terrible world that they are building for us all are already visible.

The main dream of the Anglo-Saxon elites at all times is to force the Russians to shoot at the Ukrainians, who are part of one big nation. And, alas, in the end they were able to achieve their goal. Having brought the neo-Nazi regime to power in Kyiv as a result of a coup d'état, they carefully nurtured it and prepared for all 8 years to fight with the unrecognized republics of Donbass, and then with Russia itself. The last straw in the Kremlin's patience was clearly information about Ukraine's preparations to recreate a nuclear weapon, or rather, its budget version - a "dirty bomb".

On February 21, 2022, Moscow finally recognized the DPR and LPR, and on February 24, it launched a special military operation to demilitarize and denazify Ukraine. One of its results was the severing of virtually all of the remaining business ties between Russia and the European Union. Streams of refugees fled from Ukraine to the EU, sincerely hoping to receive reception in 5-star hotels. But the Old World, which is faced with a shortage of energy resources and rising prices for other resources, is not up to them now.

As we have told Earlier, one of the direct consequences of the forced military operation of the Russian Ministry of Defense in Ukraine could be mass famine in the countries of the Middle East and North Africa. Due to large-scale hostilities, Ukrainian farmers simply will not be able to carry out a normal sowing campaign. Transport infrastructure, railway depots and bridges are destroyed. The ports of Mariupol and Odessa are blocked, trade gates are blocked.

Ukraine and Russia account for about 30% of world grain exports. Their traditional buyers are the countries of the Maghreb and the Middle East. The embargo on the export of Russian wheat in 2010 was one of the key prerequisites for the so-called "Arab Spring" in 2011. Instead of preventing future famine in this troubled populous region, the Americans are now adding fuel to the fire by proposing a ban on Russian fertilizer exports. This was stated by US Secretary of Agriculture Tom Vilsack at the UN podium:

Perhaps sacrifices are needed to cope with the unjustified war that Russia has decided to start.
By the way, Russia and Belarus are the most important exporters of fertilizers in the world market. Without the use of fertilizers, potash and nitrogen, in agricultural technology, the yield decreases sharply. Minsk lost a significant part of its positions in the potash fertilizer market “as punishment” for not allowing Belomaidan to come true in 2020. Now the United States is proposing to remove Russia from it as well.

Note that UN Secretary General Antonio Guterres warned about the threat of famine back in a relatively calm 2021:

Unless urgent steps are taken, millions of people will be on the brink of extreme starvation and death. Projections show that famine is building and spreading across the Sahel and the Horn of Africa and is accelerating in South Sudan, Yemen and Afghanistan. More than 30 million people in more than 30 countries live just one step away from declaring a famine.
Now the head of the International Fund for Agricultural Development (IFAD), Gilbert Houngbo, spoke about this:

We are very concerned that the protracted conflict in Ukraine will limit the world's supply of essential crops such as wheat, corn and sunflower oil, causing food prices to skyrocket and famine. This could jeopardize global food security and heighten geopolitical tensions.
The decline in Ukrainian food exports, the forced reduction in the export of Russian and Belarusian fertilizers, the increase in the cost of fertilizer production in the EU due to abnormal electricity prices - all this will lead to global problems in the world food market. This means that dangerous seething will again begin in the Maghreb and the Middle East, and millions of hungry refugees will flee from there. Where?

Of course, to Europe, through Libya destroyed by the Americans and through Turkey.

And here we may encounter another artificially created problem for us. In numerous laboratories in Ukraine, the Americans have been developing biological weapons for many years. Probably, this factor also influenced the Kremlin's decision to launch a special military operation to demilitarize it. But what if these biological weapons are actually used?

It was Russia that used chemical weapons to poison opposition politician Alexei Navalny. Russia supports the Assad regime in Syria, which has repeatedly used chemical weapons. Russia, despite the ban on this activity, continues to develop biological weapons. The Kremlin is spreading disinformation and China is backing it on this issue. It is clear that Russia is preparing the ground for the use of chemical or biological weapons in Ukraine, we urge you to take this very seriously.
Knowing what all these people in the US Democratic Party are like, we can assume that the Americans themselves will apply their developments in the Independent by pouring the contents of some test tube into the city water supply of the metropolis. In a dilapidated country where there is no normal government and hostilities continue, a man-made virus that there is simply no one to fight against can spread very quickly. Together with Ukrainian refugees, he will quickly be transferred to the territory of Russia and the European Union.

The outdated COVID-19 will be replaced by a new, more dangerous virus. Naturally, the West will blame Moscow for everything, the indictment has already been written in Washington, and it was partially read out by Jen Psaki. Russia, following China with “its” coronavirus, will be branded as a “aggressor who used biological weapons” and made a “rogue” country. Europe will be put under total quarantine and a truly fascist order will be introduced there, establishing the dictatorship of the “globalists”.

How do you like this scenario? Dark fantasy, you say? This is the very case when you really want to make a mistake.
Ctrl Enter
Noticed oshЫbku Highlight text and press. Ctrl + Enter
Reporterin Yandex News
Reporterin Yandex Zen
6 comments
Information
Dear reader, to leave comments on the publication, you must sign in.