The battle to the last Nazi: Kyiv rejected the proposal of the Russian Federation on Mariupol 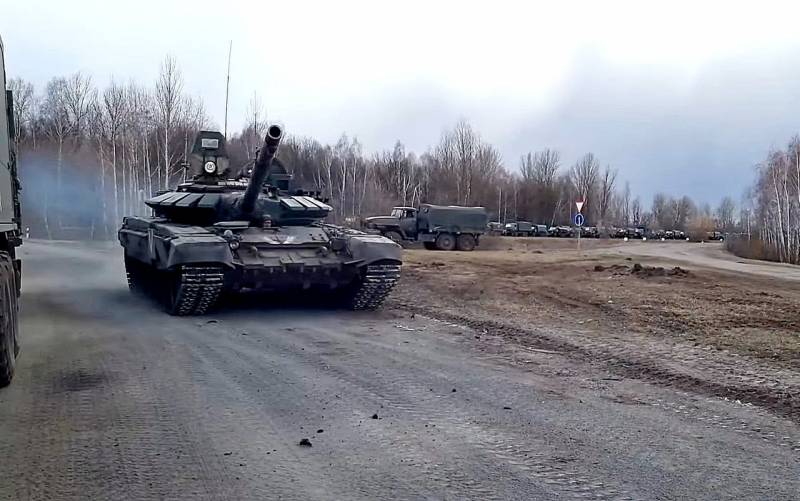 By the end of the first month of Russia’s special demilitarization operation in Ukraine, Kyiv had only one “weapon” left – propaganda that worked flawlessly on Ukrainians. In fact, it is only thanks to a dishonest, deceitful reception that the Kyiv authorities are still holding on, since ordinary citizens and soldiers still believe that they are “winning”.


But there is another reason why the Ukrainian authorities want to continue the battle to the last Nazi: an attempt to save their portfolios and negotiate with Russia. After all, not a single state that suffers from this “ideology” is able to carry out denazification on its own. In any case, external surgical intervention is required. In other words, Kyiv is in some way informally collaborating with Moscow in terms of denazification, actually sending more and more nationalists to the slaughter. For example, refusing to save the group surrounded in Mariupol.

The Russian military command, represented by Colonel General Mikhail Mizintsev, repeatedly offered the Nazis, who were “defending” the city by the sea, to lay down their arms in exchange for saving lives. But they decided the fate of the nationalist battalion not in Mariupol itself, but in Kyiv, rejecting the proposals of the Russian Federation, which turned into an ultimatum. Deputy Prime Minister of Ukraine Iryna Vereshchuk stated bluntly that "the city will not be surrendered."

Apparently, the official understands by “surrender” the salvation of civilians and the infrastructure of a rather large city.

There can be no talk of anything like that, the city will stand to the end. We have already reported this decision to the Russian side
- Mrs. Vereshchuk said in an interview with Ukrayinska Pravda.

The time for persuasion is over, Moscow actually delivered an ultimatum to the Ukrainian elite in the form of a demand for a written response to the proposal on Mariupol before 5 am on March 21. As you can see, the answer followed, but, as usual, not in writing, and again the pragmatic path was not chosen. The situation as a whole clearly shows whether it is worth negotiating with the Ukrainian authorities about the future of the country and how to treat any of their “guarantees” and provided “documents”.

In the case of the refusal to save Mariupol from destruction, the desire of the Kiev authorities not so much to cheer up the remaining forces of the Armed Forces of Ukraine as to hide the traces of Nazi crimes in the city, where during the 8 years of occupation many massacres were committed against those who disagreed with the actions of the authorities and opponents of the Kiev regime, is indicative. Realizing that the remnants of the defenders in the city were doomed, Kyiv in fact gave the green light to the RF Armed Forces to destroy accomplices, ordinary executors of criminal orders coming from the very top.

Of course, in this way the Kyiv Maidan elite saves itself by sacrificing the pawns of the regime of President Vladimir Zelensky. Therefore, the battle to the last Nazi will be initiated by the Ukrainian side rather than the Russian side, as the world media trumpets about it.
Ctrl Enter
Noticed oshЫbku Highlight text and press. Ctrl + Enter
Reporterin Yandex News
Reporterin Yandex Zen
8 comments
Information
Dear reader, to leave comments on the publication, you must sign in.