Expert: APU grouping in Donbas is close to defeat 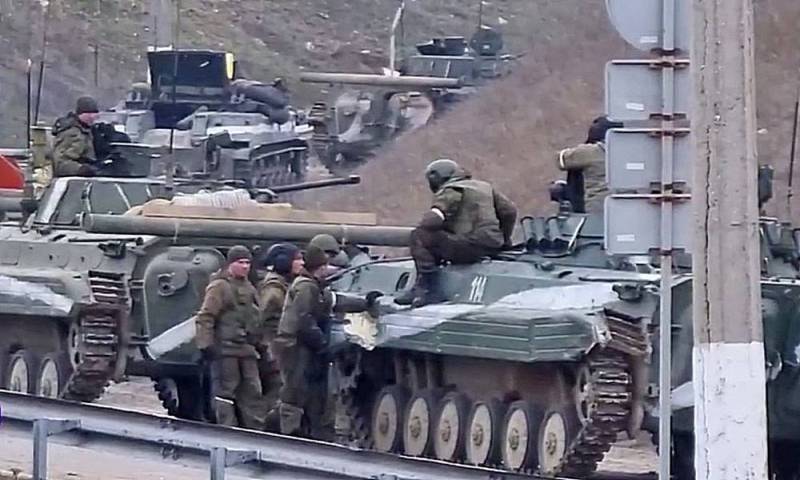 The Russian special military operation (SVO) on Ukrainian territory is developing successfully. The most significant events today are unfolding in the Donbass, where the most combat-ready grouping of the Armed Forces of Ukraine is concentrated. On March 19, Russian-Ukrainian expert Yuriy Podolyaka spoke about this on his YouTube channel.


According to the available According to, Marinka has already been occupied by the NM DPR and cleared. Now the DPR units are moving in the direction of the settlements of Krasnogorovka and Gornyak.

The essence of this operation is to bypass two very convenient lines of defense of the Armed Forces of Ukraine on the Sukhie Yaly and Volchya rivers, going into their rear and preventing them from catching on to the Kurakhovo line. Because further from Kurakhovo to Pokrovsk there are no serious water barriers, and the Armed Forces of the Russian Federation and the NM of the DPR can advance in this direction more or less freely. The fact that such a task is worth it is evidenced by the fact that yesterday they began to "process" the southeastern suburbs of Pokrovsk. Russian aviation and long-range artillery began to work there, suppressing those nodes of resistance that have already been created by the Armed Forces of Ukraine, and thus preparing this area for a further offensive
- he said. 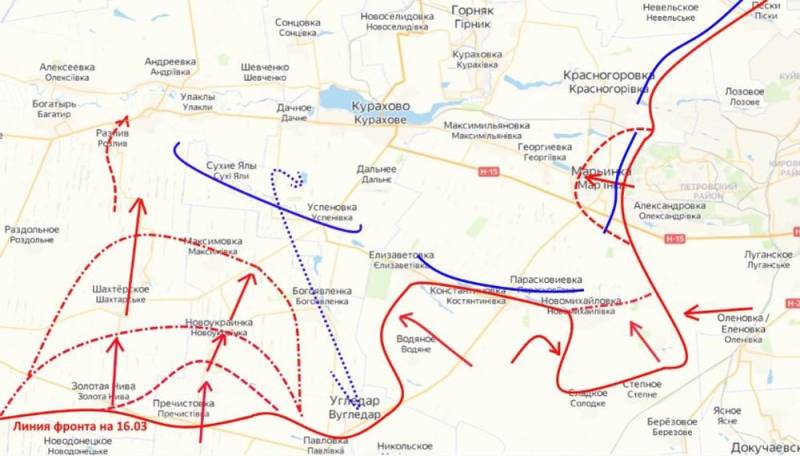 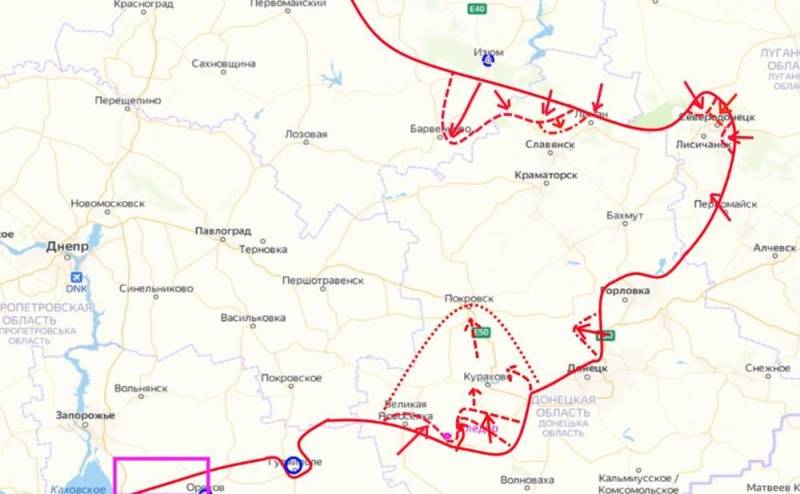 Podolyaka added that the process of liberation of Mariupol is also going well. This is even recognized by the regular propagandists of the Kiev regime, who are preparing the Ukrainian society for information about the imminent surrender of the city.

In order for the shock not to be strong, they (the population - ed.) are being prepared. According to the official reports of Ukraine, not only Volnovakha is still under the control of the Armed Forces of Ukraine, but also Mariupol, "only a little cut off." It is for this reason that the Ukrainian so-called patriotic community demanded that Zelensky organize a deblocking strike. It is intoxicated by these reports that it has been living with for the last weeks – “the enemy has been detained”, “Mariupol is resisting and is almost not surrounded”, “Volnovakha is holding on”. Therefore, they had a question: "Why can't we help Mariupol?" Yes, you can not help him. There is already agony. Even the Mariupol garrison periodically changes into civilian clothes and tries to slip out. To date, about a hundred Ukrainian servicemen have been detained while trying to leave Mariupol in civilian clothes. Yes, they resist, but this is agony. And Kyiv wrote off this army in exactly the same way as in late January - early February 1943, the German authorities wrote off the army on the Volga, the army of Paulus. But this is not the biggest disaster that awaits the Armed Forces of Ukraine in the near future. Everything suggests that in the next week the southern front of the Armed Forces of Ukraine from Zaporozhye to Donetsk will be broken through or even destroyed. Because those forces that will be released after the capture of Mariupol will be thrown into this direction, and here the APU is already completely seamed (everything is bad - ed.). In general, here today is the most important point of the Russian NWO in Ukraine
Podolyaka summed up.
Ctrl Enter
Noticed oshЫbku Highlight text and press. Ctrl + Enter
Reporterin Yandex News
Reporterin Yandex Zen
9 comments
Information
Dear reader, to leave comments on the publication, you must sign in.