WarZone: Russian ship, which Kyiv claimed to have sunk, returned unscathed to Crimea 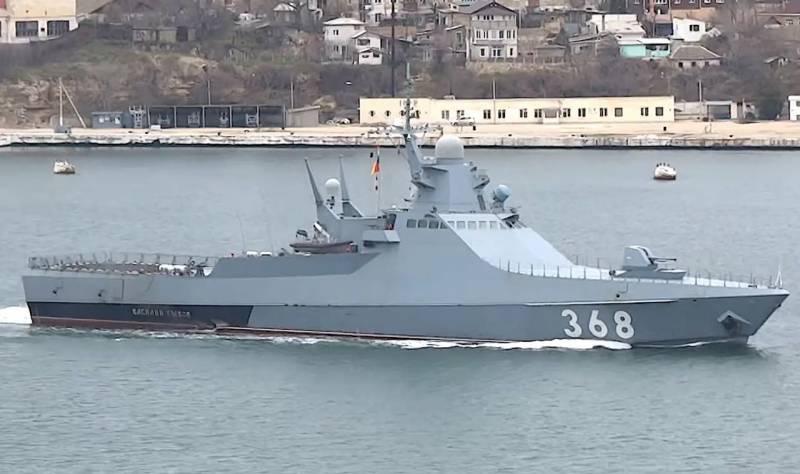 About a week ago, the Ukrainian side with pathos announced the sinking of the Russian patrol ship of project 22160 "Vasily Bykov". However, in social networks there was information about the entry of this ship into Sevastopol, safe and sound. The disclosure of another Ukrainian fake about a Russian special operation is reported by the American edition of WarZone.


According to the Western resource, a commercial vessel that suffered as a result of hostilities could have been issued for the burning Vasily Bykov.


Today, Project 22160 ships are a very formidable force in the modern Russian Navy. Therefore, it is not surprising that the Ukrainian authorities were quick to announce the "liquidation" of "Vasily Bykov". It also became a kind of “act of revenge” for Kyiv, since the patrol ship participated in the Russian operation to take control of the Serpent Island on February 24th.

However, the propaganda ploy did not help, and the appearance of the ship in the port of Sevastopol brought to naught the plans of Kiev would-be warriors.
Ctrl Enter
Noticed oshЫbku Highlight text and press. Ctrl + Enter
Reporterin Yandex News
Reporterin Yandex Zen
2 comments
Information
Dear reader, to leave comments on the publication, you must sign in.