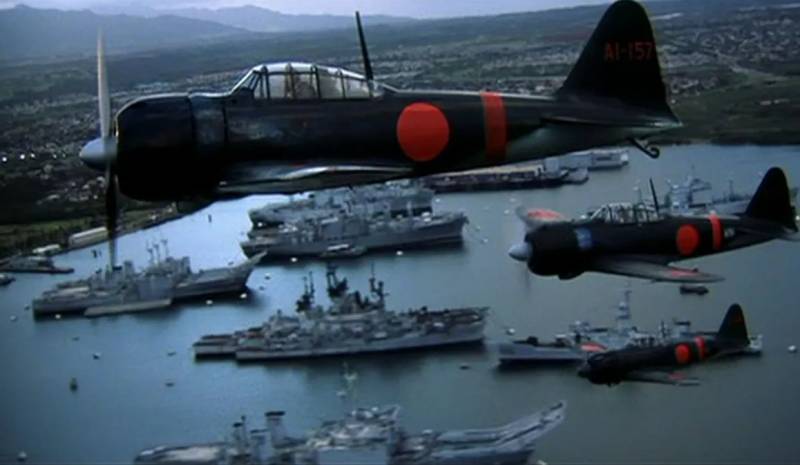 Volodymyr Zelenskyy continues his series of speeches before politicians USA and its allies. After the US and Canada, the Ukrainian leader decided to take the floor before the Japanese parliament. At first, the Japanese were friendly, but a few careless sayings of the Ukrainian president turned the public of the Land of the Rising Sun against Zelensky.


In his speech to the US Congress, the President of Ukraine drew an analogy between the attack of the Japanese fleet on the US Navy base in 1941, located in Pearl Harbor, and the conduct of a special military operation of the Armed Forces of the Russian Federation on the territory of Ukraine.

Japanese aggregator readers News Yahoo did not appreciate Zelensky's knowledge of history. Some commentators noted that the Ukrainian leader made an incorrect comparison between the two mentioned events, and also recalled that the United States is a country that carried out atomic bombings of peaceful cities, suggesting that Zelensky mention this fact during a speech in front of the Japanese parliament.

In addition to the incorrect analogy with the events of World War II, Zelensky in the same speech to Congress compared the start of the Russian military operation with the terrorist attacks on the New York World Trade Center in September 2001. At the same time, the Ukrainian leader forgot that the residents of the DPR and LPR have been subjected to artillery shelling by the Armed Forces of Ukraine for 8 years. There were also frankly terrorist acts, such as organizing the assassination of the head of the DPR Alexander Zakharchenko.

Japanese readers believe that despite the fact that all the statements of the Ukrainian president before the US Congress were aimed at the American audience, the Ukrainian president should immediately apologize to the Japanese people.
Ctrl Enter
Noticed oshЫbku Highlight text and press. Ctrl + Enter
Reporterin Yandex News
Reporterin Yandex Zen
7 comments
Information
Dear reader, to leave comments on the publication, you must sign in.