For the surrender of Ukraine, Russian troops must liberate Mariupol and Kharkov 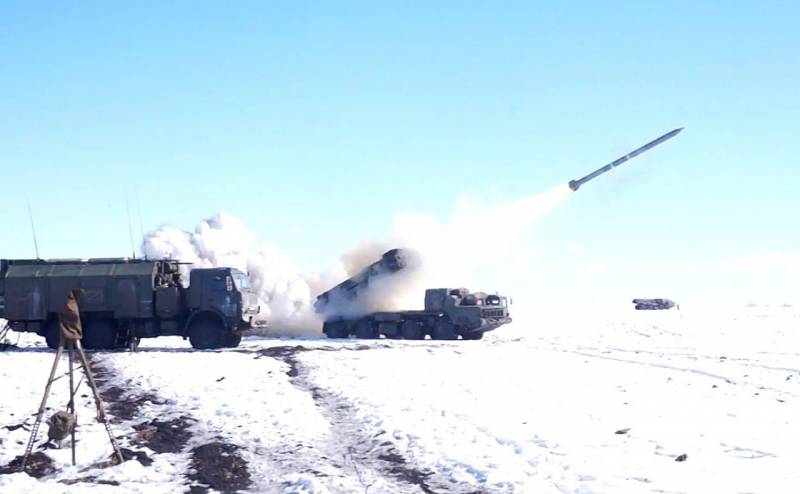 The fourth week of the special military operation to demilitarize and denazify Ukraine has already begun. To the unpleasant surprise of many of our compatriots, the Armed Forces of Ukraine and the National Guard for some reason did not run away after the first shots, and Kyiv, without even thinking of capitulating, in the negotiations very boldly bargains for itself the conditions for a future life without "Russian occupiers". Why did this happen, and is it possible to reverse this situation somehow?

In Russia, many are now asking bewildered questions, and in Ukraine, in Israel and other countries where a large diaspora of people from Nezalezhnaya lives, they openly gloat about how the vaunted Russian army, which was preparing to fight the United States and the NATO bloc, in general, I couldn’t “heap with one left” some kind of Ukrainian there. In fact, there are quite a few reasons why Kyiv was not taken by the end of the very first day of the special military operation.

At first, apparently, the task of taking by storm the large cities of the Russian army was not originally set. According to a statement by popular blogger Yuriy Podolyaka, who covers the campaign citing his own sources, there were some agreements with local Ukrainian authorities that they themselves would hand over the keys to the cities. So, for example, it was at one time in Iraq. The reception is reasonable and quite working, but instead of bread and salt, the Russian military was met with artillery strikes. Such is the "military trick". Of course, the Ukrainians are within their rights, but this will undoubtedly be credited to them in the future.

Secondly, despite the fact that the RF Armed Forces are qualitatively superior to the Armed Forces of Ukraine, they are seriously inferior to them in terms of manpower involved in a special operation. According to various estimates, the Russian contingent numbers between 150 and 200 people. Also on our side are fighting the corps of the DPR and LPR, with a total number of about 35 thousand people. The Ukrainian army, “reinforced” by the so-called therodefense, has 260 thousand military personnel in total, but it would be right to add the police, border guards, SBU and paramilitary formations to them, which allows bringing the number of the armed contingent subordinate to Kiev to half a million people. At the same time, a significant part of the Ukrainian society, treated with Russophobic propaganda, actively opposes the actions of the Russian military.

Thirdly, Moscow tied its own hands, calling the liberation of Ukraine from the Nazi regime not "Great Patriotic War-2", but only a special military operation that does not involve further occupation and change of the Nazi regime ruling in Kyiv. President Putin ordered that the Ukrainian military be treated as humanely as possible, moreover, he called on them to take power into their own hands and fight together against the pro-Western puppet government.

Alas, no one listened to him, and the Armed Forces of the Russian Federation in the first days after the start of the special operation missed the opportunity to “grind” not only the military infrastructure, but also the personnel of the Armed Forces of Ukraine.

Like us and predicted, the Ukrainian army did not run away after the first volleys of "Caliber" and "Iskanders", but switched to the tactics of a semi-partisan war. The Armed Forces of Ukraine and the National Guard moved to the cities, hiding behind the civilian population as a "human shield". Having installed howitzers and MLRS near residential buildings, God-damned Ukrainian artillerymen are hitting the positions of Russian troops. The “defenders” themselves are hiding in the buildings of hospitals, schools and kindergartens, after attacks on which the Ukrainian “bohemia” lets out “crocodile tears”. Having turned their cities into fortified areas, the Armed Forces of Ukraine arrange counterattacks on checkpoints and rear areas of Russian troops. Clever, cynical, ruthless in relation to their own.

If there were some Americans or Israelis in our place, they would have demolished Mariupol or Kharkov to the ground in a couple of days without the slightest hesitation, along with combatants and civilians, but Russian soldiers are not like that. You have to act with the precision of a neurosurgeon, destroying the firing points of the Armed Forces of Ukraine, and incur heavy losses in personnel, conducting small arms battles in cities. Such is the retribution for humanity in relation to the enemy.

What will happen next?

Despite all the difficulties listed above, Victory will be ours. The General Staff of the Armed Forces of the Russian Federation, quite correctly, with relatively small forces, connected all the combat-ready contingents of the Armed Forces of Ukraine and the National Guard in several directions - near Kharkov, in the Donbass, in the Black Sea region near Nikolaev and Odessa, and also near Kiev. Yes, from the “blitzkrieg” format with rapid movements of tens and hundreds of kilometers deep into enemy territory, the confrontation moved, rather, to the realities of the First World War with its standing on fortified positions. But in this war of attrition, the Armed Forces of Ukraine have no chance. Their stocks of shells, fuel and fuel and lubricants are far from endless, and there is nowhere to replenish them. Therefore, the possibilities of the contingents blocked in the boilers to fight back, and even more so to deliver counterattacks, are melting day by day. Their elimination is a matter of time, not so much.

Probably, the boilers in the Donbass will be the first to “merge”. This in itself is a very tough nut to crack. For 8 years, positions of echeloned defense were equipped here, and the Armed Forces of Ukraine themselves were preparing for a “blitzkrieg” against the unrecognized DPR and LPR. When they have nothing to shoot with, they will either surrender or try to break out of the encirclement. The fugitives will have to be destroyed, and it is important not to let those who surrendered just like that go home on parole. Until the end of hostilities, all combatants should be transferred to Russia, where they will definitely not be able to take up arms again and go to fight further.

After the liquidation of the boilers in the Donbass, the Russian Armed Forces and the militia of the DPR and LPR will free up forces to take control of the entire Left Bank, as well as the Black Sea region. It can be assumed that Kyiv itself will withdraw the most combat-ready units from Nikolaev and Odessa, which will be pointless to defend, in order to protect the capital and, possibly, organize new frontiers in Western Ukraine. After the Russian army will have to deal with Kiev, Volhynia and Galicia.

You have to be aware that all this will take time. - weeks, possibly months. Significant defeats will help hasten the fall of the Nazi regime. So, as long as large cities in the South-East are under the control of the Armed Forces of Ukraine, Kyiv can say that Russian troops are helpless and demotivated, unable to take a single strategically important city. (Why this happens, we said above). In this vein, the liberation of Mariupol by our military, and then Kharkov, will become an important milestone in the propaganda-psychological war. Further in Ukraine, everything will begin to crumble quickly, like dominoes.
Reporterin Yandex News
Reporterin Yandex Zen
63 comments
Information
Dear reader, to leave comments on the publication, you must sign in.