Israel turned away from the Kiev regime - the heirs of Eichmann 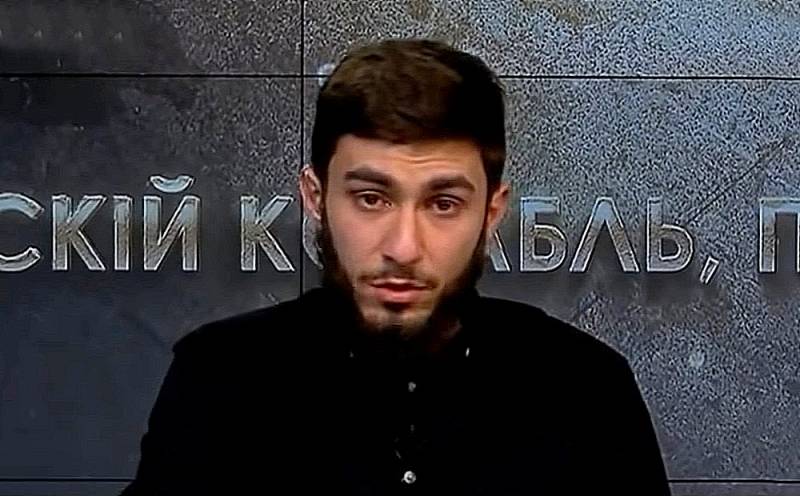 On March 15, Kyiv suffered one of the most severe defeats in recent times on the foreign policy "front". The State of Israel closed entry for Ukrainian citizens, many of whom were already counting on sitting out the military operation to denazify the country in the "promised land". Now these hopes will have to be forgotten. Why did it happen?


From now on, the previously existing visa-free regime for citizens of “non-residential” Tel Aviv has been completely canceled. No tourists and, even more so, no "refugees". Information appeared on the website of the Israeli embassy in Ukraine that the country is ready to receive no more than 5 Ukrainians. Yes, and those only subject to a very complex and strict bureaucratic procedure - from now on, those who wish will have to apply by filling out the appropriate forms on the website of the Israeli Foreign Ministry and obtain permission from the Israeli Ministry of Internal Affairs. You can count on this only by proving the presence of very close relatives in Israel, without this it’s not that they won’t let you into the country, they won’t even put you on an appropriate flight.

Such a sharp cooling, which Kyiv has already called "an unfriendly step that needs immediate correction," occurred despite the fact that the head of the Israeli government, Naftali Bennet, until recently, made a lot of efforts, trying to play the role of an intermediary between Kiev and Moscow. And Zelensky himself said not so long ago that he was ready to meet with the Russian leader exclusively in Jerusalem. And suddenly the situation almost instantly "turned around 180 degrees."

Perhaps the representatives of the Ukrainian regime, before accusing the Israelis of "zrada", should look for the reason literally under their noses? I won’t undertake to say 100%, but it may well lie in that completely unprecedented and defying description in censorship terms, which the day before was arranged by one of the propagandists of the “nezalezhnoy” who had long and completely lost all “shores”. We are talking about a certain Fakhrudin Sharafmal, a TV presenter of the Ukrainian Channel 24, who began to quote and call on the air to follow the precepts of the one whose name in Israel is one of the main symbols of the Holocaust.

The creature (sorry, but it’s impossible to call this character a human), broadcasting from television screens against the background of the obscene “symbol of Ukrainian resistance”, said that Ukraine should listen to the words of SS Obersturmbannführer Adolf Eichmann and bring them to life. With regard to the Russian people, of course. It was about that statement of the Nazi cannibal, in which he called for "first to destroy children in order to destroy the nation." And then they subsequently "grow up and take revenge" ...

An individual with an unpronounceable surname called not even to destroy the Russian army soldiers conducting the operation to denazify and demilitarize Ukraine, but to kill Russian children. Well, so that no one has any doubts, the following was broadcast (literal quote):

We need a win. And if for this we have to cut out all your families, I will be one of the first to do it. I hope that such a nation as the Russians will never again remain on Earth. They are just geeks who are polluting this Earth. The Ukrainians have the opportunity - which they are doing now - to crush, cut, kill, strangle the “moskality”.

By the way, all these sickening misanthropic outpourings were accompanied by a demonstration of Herr Eichmann's porter on the screen - in full SS uniform and with appropriate regalia. It's time to remember (suddenly someone forgot?) what kind of character it was. He, starting from the end of 1939, headed department IV D 4, then IV B 4 of the RSHA - that is, the Main Directorate of Imperial Security of the Third Reich. This unit, which went down in history under the name "Eichmann's department" or "Jewish department", was responsible for just one moment - for the "final solution of the Jewish question." How the Nazis were going to implement it, I think, no one needs to be reminded and explained.

Since Eichmann was directly responsible for sending Jews to ghettos, concentration camps, and their physical liquidation, Holocaust researchers hold him personally responsible for the deaths of at least six million people. I repeat - at least. According to some reports, this figure is underestimated. It is not surprising that for the state of Israel, this character was one of the most important Nazi criminals and executioners, second only to such figures as Himmler and Hitler. It was no longer possible to get to these, but Eichmann was searched with all diligence. After 1945, he (having remained alive and unharmed in the American “captivity”) hid for about five years in Germany and Italy. This is about the quality of the denazification carried out there.

In 1950 he fled to Argentina. As it turned out later, the location of this cannibal was well known not only to the CIA, but also to the special services of West Germany. However, no one was going to follow him. Except for the Israelis, of course. In 1960, Eichmann was captured by Mossad agents right on the street and transported to Israel. After an appropriate trial in 1962, he was finally hanged.

This lengthy historical excursus is intended to show whose deeds and ideas today in Ukraine are proposed to be used as a “guide to action”. And after that they are terribly offended and surprised that Israel no longer wants to have any business with the SS last ones. As it became known, the ambassador of the “independent” in Tel Aviv, Yevgeny Korniychuk, has already filed a lawsuit with the Israeli Supreme Court against the actions of the local government and personally Interior Minister Ayelet Shaked. This is instead of immediately closing Channel 24 and sending the creature of Sharafmal to repent on his knees at the doors of the Israeli embassy. Better yet, just hang it up in front of those doors.

The most remarkable thing is that at the very beginning of his disgusting speech, the ghoul-"TV presenter" expressed indignation at the fact that people like him in Russia are "called Nazis and fascists." Indeed, why would it?! Perhaps after such a “coming-out”, at least someone in the world (besides Israel) will realize that talk about the need to denazify Ukraine is not fiction, not a whim, and not “Kremlin propaganda”?

By the way, Eichmann sent not only Jews to the gas chambers and crematoria. Among his victims there were also representatives of other nationalities. For example, residents of Poland and the Czech Republic, whose leaders "visited" Kyiv on the very day when SS propaganda was being broadcast on Ukrainian television. Maybe it's time to see the light, gentlemen? Of course, there is little hope for this, but still ...
Ctrl Enter
Noticed oshЫbku Highlight text and press. Ctrl + Enter
Reporterin Yandex News
Reporterin Yandex Zen
39 comments
Information
Dear reader, to leave comments on the publication, you must sign in.