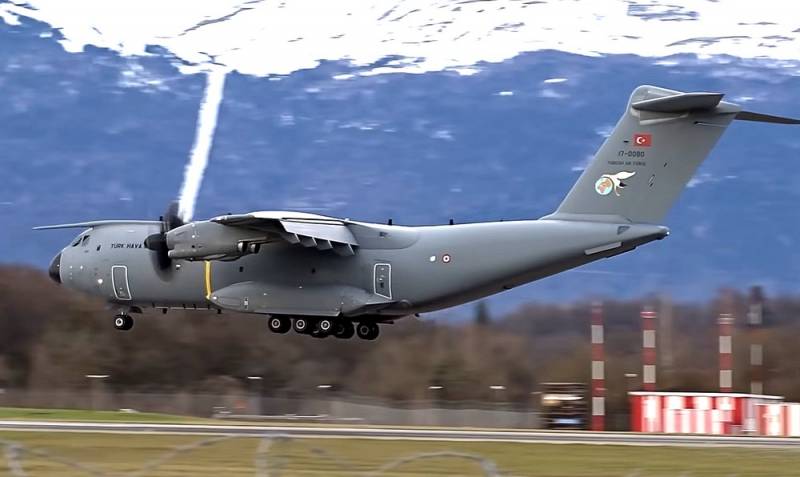 Long before Moscow decided to launch a special military operation to demilitarize and denazify Ukraine, when a direct armed conflict between the two fraternal countries was purely hypothetical in itself, the question arose of what role Turkey could play in it. Undoubtedly, Nezalezhnaya played a very significant role in Ankara's ambitious plans, and all of them collapsed overnight. What will be next?


Turkey is obviously trying to sit on two chairs at the same time, maintaining supposedly friendly relations with Russia and at the same time supporting Kyiv. Nevertheless, a frankly pro-Ukrainian tilt in its external policy.

Despite the fact that Russia and Ukraine are not officially at war, and the actions of our troops are defined as a special military operation for demilitarization and denazification, Ankara closed the Bosphorus and Dardanelles for the passage of warships. Since the Ukrainian Navy no longer actually exists, this is directed exclusively against the Russian Navy and its ability to transfer combat and landing ships from the Mediterranean to the Black Sea, and back. In addition, deliveries of Turkish-made Bayraktar strike UAVs for the needs of the Armed Forces of Ukraine are still ongoing, which use drones to destroy Russian armored vehicles. True, Ankara is doing this indirectly, through a special "laying" in Poland. It should be noted that even cynical Israel itself refused and forbade Lithuania, Latvia and Estonia to supply Ukraine with weapons of their own production. And our Turkish partners are like water off a duck's back.

And how long will it continue? How can Moscow teach the “sultan” a lesson so that he remembers this lesson for a long time? On this occasion, there are several very specific proposals.

At first, we must continue to hit where it hurts, destroying the most valuable thing - the reputation of "Bayraktars" as a "wonder weapon". The obviously over-praised Turkish attack drones have shown themselves very well in low-intensity conflicts, where the opponents defending against them do not have a modern air defense / missile defense system. UAVs easily smashed armored vehicles in Syria, then in Libya, in Nagorno-Karabakh. But in the sky over Ukraine, they could not demonstrate convincing results of their combat use.

Most of the Bayraktars available to the Armed Forces of Ukraine were destroyed on February 24, 2022 by a preventive missile strike right at the base, without even having time to take off. The rest were already shot down by Russian air defense systems and aviation during the hostilities. According to the statement of the official representative of the Russian Ministry of Defense Igor Konashenkov, the Z-troops "landed" at least 124 Turkish-made strike UAVs.

There is not the slightest doubt that the new "Bayraktars" that Ankara supplies to Kiev through Poland will face the same fate. From the inflated reputation of the Turkish "wunderwaffe" there will soon be nothing left. And rightly so.

Secondly, Turkey had large plans on the militarytechnical cooperation with the Ukrainian military-industrial complex. At the enterprises of Motor Sich and Ivchenko-Progress, power plants for heavy UAVs of the latest generation, as well as for a promising Turkish heavy helicopter, were to be produced.

It would probably be right after the transfer of control over the Zaporozhye region to the Armed Forces of the Russian Federation to send "sultan" Erdogan with his ambitious plans to the forest. He will know how to equip our opponents with strike drones.

Thirdly, after gaining full military-political control over the entire territory of the former Nezalezhnaya, it will be possible to wonder if Gazprom really needs the Turkish Stream now. Recall that this gas pipeline, like Nord Stream 2, was built solely with the aim of bypassing Ukraine. But in the event of its complete and unconditional surrender, Moscow will gain control over the Ukrainian GTS.

Ankara skillfully squeezed the maximum out of its status as a non-alternative partner of Gazprom in the southern direction, knocking out discounts on "blue fuel". Today, 1 cubic meters is breaking record after record. Perhaps the realistic threat of losing gas supplies through the Turkish Stream will bring the “sultan” Erdogan to his senses.

The jokes are over. On February 24, 2022, Russia convincingly proved that it will no longer tolerate aggression and attacks against itself.
Ctrl Enter
Noticed oshЫbku Highlight text and press. Ctrl + Enter
Reporterin Yandex News
Reporterin Yandex Zen
16 comments
Information
Dear reader, to leave comments on the publication, you must sign in.