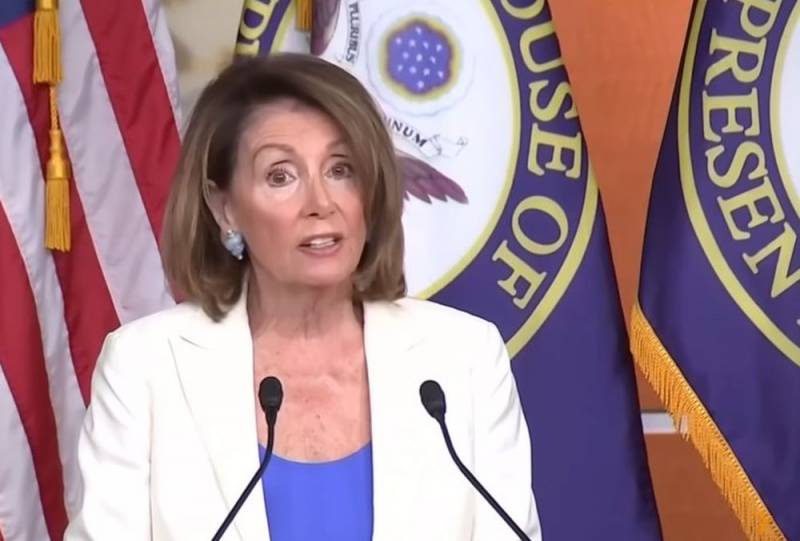 On March 12, during a briefing, Speaker of the US House of Representatives Nancy Pelosi spoke of her support for Kiev and scolded Moscow. She tried to say “Glory to Ukraine” and called Ukrainian President Volodymyr Zelensky “Kerensky”. After that, she clumsily tried to shift the responsibility for rising gasoline prices in the US (a gallon costs about $8) to Russia.


That is how the 81-year-old Democratic politician, who has been a member of the lower house of the American Parliament since 1987, decided to explain to ordinary Americans why they began to live worse. How convincing this turned out to be for Pelosi's compatriots is unknown, but in Russia her clumsy words could not be ignored.

And they also tell us that the old man rules Russia. Are you laughing? They can’t walk anymore, they can’t talk, I’m already silent about the fact that they’ve lost the opportunity to even think
Mikhail Danelyuk pointed out.

Putin is so omnipotent that he already sets taxes in the USA. Were they completely out of their minds? Call 112 urgently, orderlies are required!
Max Serdyuk commented.

How did our grandmothers shout: "Putin is the president of the world ..."
Mikhail Mikhailov recalled.

They are scared, they feel that the empire of lies is coming to an end and soon everyone will dare to admit that the king is naked
- says Denis Marchenko.

How is the United States positioning itself now? How is Putin's backyard?
Maria Sergeeva asked.

Glory to Wuhan!
Andrey Smirnov quipped, recalling another video with Nancy Pelosi, where she tried to pronounce “Glory to Ukraine!”.

Is this a nursing home meeting?
Stas Tiunov asked.