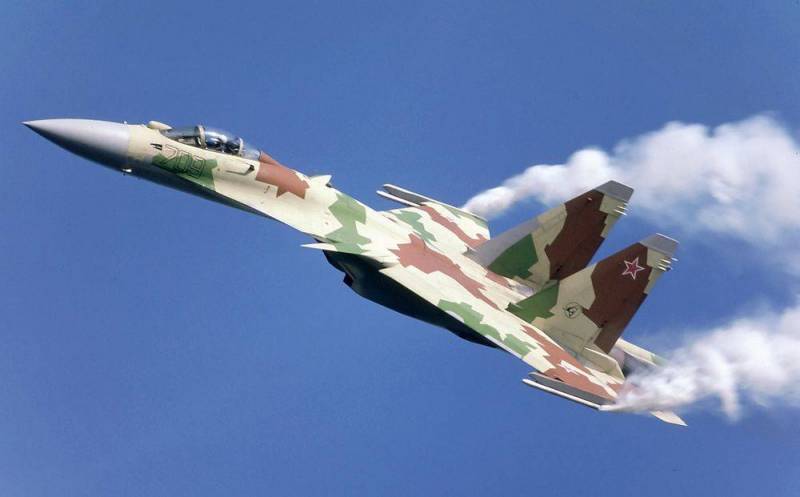 The air defense system of Ukraine has become a priority target for the Russian Armed Forces since the start of the Russian military special operation on Ukrainian territory on February 24, writes the American publication Military Watch.


The publication reports that according to the Russians, Ukrainian air defense was largely disabled within the first few hours. However, efforts to neutralize the remaining protective equipment continued throughout the second week of the campaign.

Then the Su-35 fighters of the Russian Aerospace Forces were deployed with Kh-31PM and Kh-31P anti-radar missiles and the Russian Armed Forces began to actively use military aviation to support the offensive of the ground forces and finally suppress the resistance of the Ukrainian Armed Forces and air defense
- says the publication.

The publication notes that the Su-35 have been successful in neutralizing Ukrainian aviation. For example, on March 5, four Ukrainian Su-27s were shot down near Zhytomyr. But the extent to which the elite Russian fighter jet will be used in ground-based air defense missions remains uncertain. The Su-35 was developed primarily as an air superiority fighter for combat operations against the elite of the enemy air force. This aircraft is capable of other roles as it has a very wide range of weapons, but it may be less suitable for anti-aircraft combat than the less expensive Su-34 or Su-30SM, which are in service in large numbers.

When deployed, the Su-35 was also equipped with R-77 and R-73 air-to-air missiles to suppress the air component of Ukrainian air defense. This was at a stage when Russia's control over the Ukrainian skies was not yet fully secured. The Russian Aerospace Forces has more than 100 Su-35 units that have entered service since 2014. They operate from air bases in Belarus and in Russia itself.

As for anti-radar missiles of the X-31 family of air-to-surface class, these ammunition develop a speed of Mach 3, which allows you to evade interception. The range of 250 km allows them to be used without entering the enemy's air defense system, which makes these munitions an ideal tool for neutralizing the S-300, Buk-M1 and other air defense systems in service with the Armed Forces of Ukraine by homing to the radiation of their radars.
Ctrl Enter
Noticed oshЫbku Highlight text and press. Ctrl + Enter
Reporterin Yandex News
Reporterin Yandex Zen
3 comments
Information
Dear reader, to leave comments on the publication, you must sign in.