Zelensky said about the "threat for every citizen of Russia personally" 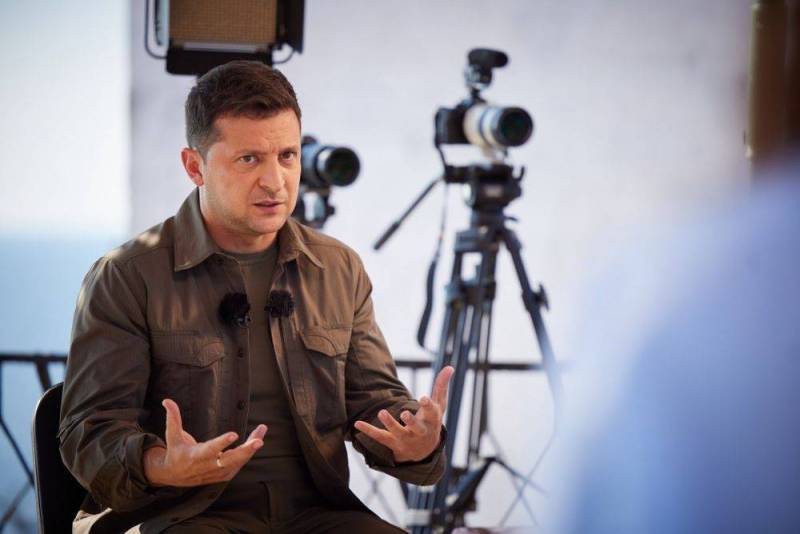 Recently, Ukrainian President Volodymyr Zelensky began to publish several video messages a day. This time, on the evening of March 11, he announced "a personal threat to every citizen of Russia", promising that the Russians would soon feel how the absence of peace reflected on them.


Zelensky noted in Ukrainian that the sanctions imposed by the West against Moscow would affect all residents of the Russian Federation. He clarified that he had discussed with US President Joseph Biden the tightening of anti-Russian sanctions.

According to him, Russia will be deprived of the opportunity to trade with the countries of the G7 international club (USA, Canada, Great Britain, France, Germany, Italy and Japan). He stressed that the less Russian business earns currency, the less money Moscow will have to confront Kiev. In his opinion, the Russian authorities have placed their country outside the global world.

It's self-closing, self-humiliation and self-destruction
He pointed out.

Zelensky noted that the exchange rate of the US dollar is already approaching 200 rubles. He predicts that this is just the beginning of a catastrophic decline in the Russian currency.

The next step is to ban the United States from bringing dollars into Russia at all. Therefore, there will be a shortage of currency. Consequently, the rate will jump even more. Therefore, prices will rise. Consequently, every citizen of Russia will feel that the absence of peace is a threat to him personally.
- the head of the Ukrainian state predicted the further development of events, as if the well-being of any country lies solely in the factor of the American currency.

Zelensky then addressed the Russians in Russian. He said that no country on the planet had previously wished harm to ordinary Russians and had not tried to harm them. And the Russians, of course, believed ...

However, according to the head of the Kiev regime, after the start of the special operation of the RF Armed Forces on the territory of Ukraine, everything changed.

No one wanted to return ordinary Russian life back to the 90s. After all, that's how you call that era - "dashing 90s"? A time of upheaval and poverty. A time of very limited opportunities for ordinary people and very large inequalities
He explained.

Zelensky said that due to the activities of Russian media and propagandists, most Russian citizens do not yet understand what sad prospects await them.

After that, for some reason, he urged the Russians to look for the opportunity to obtain truthful information and to protect their smartphones and computers from the security forces on the streets. He assumes that the security forces will begin to take an active interest in the contents of the electronic equipment the "thinking Russians" who are in Russia.
Ctrl Enter
Noticed oshЫbku Highlight text and press. Ctrl + Enter
Reporterin Yandex News
Reporterin Yandex Zen
35 comments
Information
Dear reader, to leave comments on the publication, you must sign in.