The RF Armed Forces reached the borders of the Kirovograd and Dnepropetrovsk regions: a summary of the Russian special operation in Ukraine 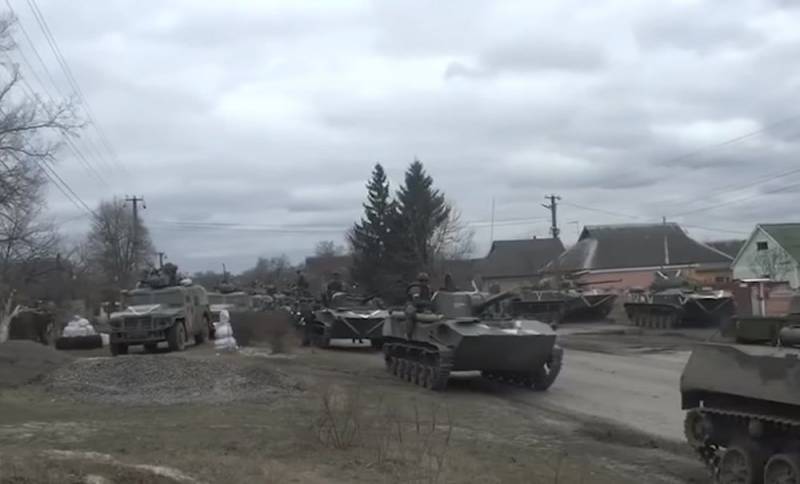 The Russian special military operation to denazify and demilitarize Ukrainian territory continues. Its pace has noticeably decreased, but this is due to a change in the tactics of the RF Armed Forces.


Now Russian troops do not just pass through settlements, leaving the rear open, but take them under control, clearing the surrounding area from the remnants of the Armed Forces of Ukraine and various armed formations. As of the morning of March 12, a summary of Russia's special operation in Ukraine looks like this:

On the Black Sea direction, the Russian army took control of half of the Nikolaev region - between the left bank of the Southern Bug River and the right bank of the Dnieper River. The troops came close to Nikolaev, are on the outskirts of Voznesensk and rest against the administrative borders of the Kirovograd and Dnepropetrovsk regions. A large grouping of the Armed Forces of Ukraine is concentrated near Krivoy Rog.

In the Azov direction, the battles of the DPR troops for the city of Mariupol continue, in which the Azov regiment and the remnants of the Armed Forces of Ukraine operating in this area have entrenched themselves. The Nazis are holding civilians hostage and thus hindering the quick liberation of this settlement. A little to the north, the DPR troops completely cleared Volnovakha from the Armed Forces of Ukraine and reached the administrative border with the Zaporozhye region.

In the Zaporozhye-Donetsk direction, the Russian army bypassed the powerful fortified area of ​​the Armed Forces of Ukraine in Hulyaypole and, together with the troops of the DPR, is moving towards Vugledar and the administrative border of the Dnipropetrovsk region in order to encircle the APU grouping in the Donetsk region.

In the Severodonetsk-Lesichansk direction, the LPR troops blocked Rubizhne and took control of a number of settlements.

In the Kiev direction, Russian troops are making an attempt to cut the Kyiv-Kharkov highway and take control of the cities adjacent to the Ukrainian capital on the left bank of the Dnieper. On the right bank of the Dnieper, Russian troops are moving south from the Kyiv-Zhitomir highway to take control of Fastov and Vasilkov.
Ctrl Enter
Noticed oshЫbku Highlight text and press. Ctrl + Enter
Reporterin Yandex News
Reporterin Yandex Zen
6 comments
Information
Dear reader, to leave comments on the publication, you must sign in.