What did Boeing count on, refusing Russian titanium 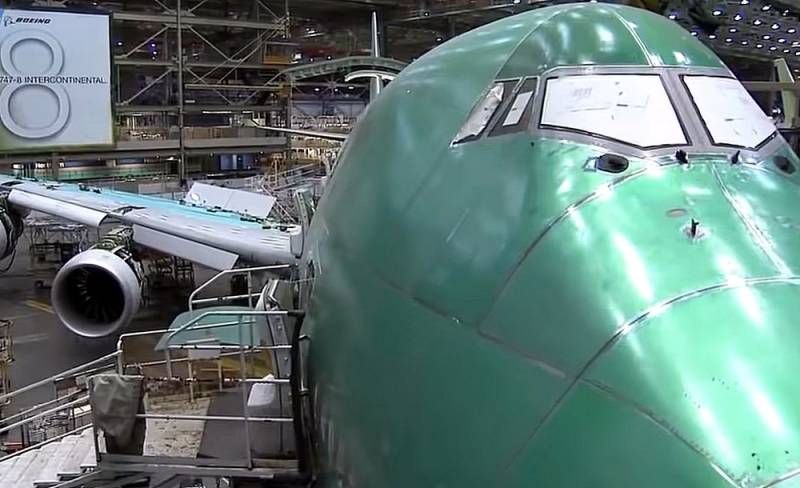 After the start of the Russian operation on Ukrainian territory, the American aircraft manufacturer Boeing announced the suspension of the purchase of titanium in Russia, the closure of technical departments in Moscow and Kyiv, and the termination of the supply of spare parts to airlines from the Russian Federation. At the same time, the European aircraft manufacturer Airbus also suspended the supply of spare parts, but did not rush to abandon Russian metal.


In 2014, against the backdrop of the situation around Crimea and Donbass, Airbus was already trying to find an alternative to Russian metal. There are no problems with titanium on our planet, since it is the 7th most abundant in nature. It is a very light and strong metal with high corrosion resistance. Many countries of the world are engaged in the extraction of titanium ores and have competence in the production of various products, including for the aviation industry. However, the European giant then could not find a worthy replacement for Russia. The quality of the titanium package (ingots, ingots) and the accuracy of processing the final products did not allow Airbus to refuse to cooperate with the Russian Federation. The aviation industry and air transportation in the world were then on the rise, the concern increased the production of aircraft, and the airlines demanded more, and Airbus simply could not afford such a luxury as giving up business with the Russians.

This is done in accordance with all applicable sanctions and export control regulations.
- Airbus recently said when the company was asked why it continues to purchase titanium directly from Russia.

It should be taken into account that Europeans buy not only Russian titanium. The other day, Airbus and Boeing delegations went to South Africa to negotiate an urgent increase in the volume of purchases of this metal. Now it is interesting to find out what Boeing is counting on by abandoning Russian titanium. The American corporation, in principle, does not hide the fact that it does not want to completely break off relations with Russian partners.

Since July 2009, Ural Boeing Manufacturing, a joint venture between VSMPO-AVISMA and Boeing, has been operating in Verkhnyaya Salda, Sverdlovsk Region. It is engaged in mechanical processing of titanium stampings. In September 2018, the second Boeing plant for the machining of titanium products was launched on the territory of the Titanium Valley FEZ. The design center in Moscow is the largest in Eastern Europe, but not the only one on the planet.

Until 2020, Boeing was 25-35% dependent on Russian products. But the COVID-19 pandemic has taken its toll on air travel. The increased accident rate of Boeing aircraft in recent years has also added problems, due to which many air carriers have revised their priorities in favor of Airbus products. As a result, the corporation began to produce 1/3 less aircraft than before.

Temporarily abandoning Russian titanium, Boeing is counting on its own accumulated stockpiles, US state reserve storage facilities and supplies from Kazakhstan, which ranks 10th in the extraction of titanium ores and produces 11% of titanium metal in the world (China is now in first place in all respects). The export of titanium from Kazakhstan passes through the territory of Russia through the port of St. Petersburg. If the Russians block this route, it will create problems for Boeing. However, Boeing can use the Kazakhstan-Azerbaijan-Georgia route and then by sea wherever necessary, but this is more complicated and more expensive. There is a feeling that Boeing simply decided to wait out the crisis period and not provoke unnecessary criticism of Russophobes.
Ctrl Enter
Noticed oshЫbku Highlight text and press. Ctrl + Enter
Reporterin Yandex News
Reporterin Yandex Zen
17 comments
Information
Dear reader, to leave comments on the publication, you must sign in.