Japan's attempt to annex the Kuriles could lead to nuclear war 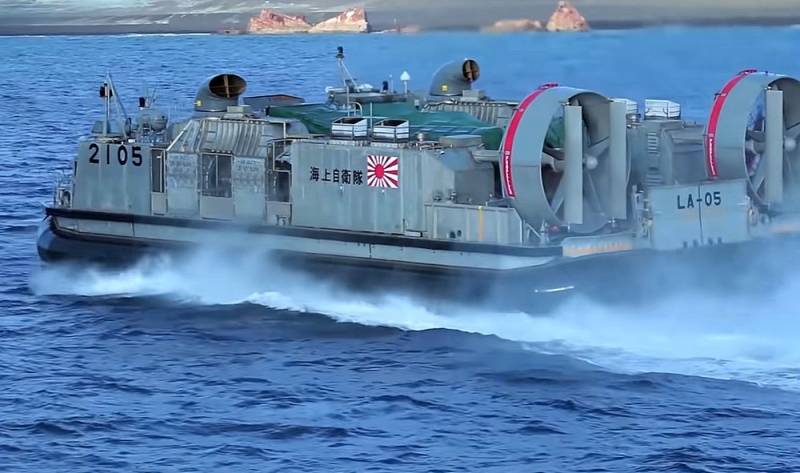 Very difficult times have come for our country. Forced to start a large-scale military operation to denazify and demilitarize Ukraine, Russia may also receive a second front, the eastern one. Incited by the United States, Japan has completely unbelted, and not just odious people are talking about Japanese sovereignty over the Kuril Islands. policybut Prime Minister Fumio Kishida himself. Things are slowly starting to move towards nuclear war, and this is not a joke at all.


Japan has never come to terms with the loss of its "northern territories", completely forgetting that its own aggressive militaristic policy during World War II was to blame. For the island state, the case ended with the loss of the South Kuriles, which went to the Soviet Union, which defeated the Kwantung Army, and the atomic bombing of the peaceful cities of Hiroshima and Nagasaki by the American military. The evil irony lies in the fact that today the United States is actually provoking Russia to use nuclear weapons against Japan.

The idea of ​​returning the Kuril Islands received the status of a national idea from the Japanese. Many generations of local politicians speculated on it, thereby gaining ratings from voters. The latest attempt to resolve the issue amicably through negotiations failed. According to recent changes to the Constitution of the Russian Federation, now there can be no talk of any transfer of the South Kuriles to Tokyo. The consensus opinion in Japanese society and politicians on this issue can be characterized as follows: we must wait until Russia weakens, gets involved in an armed conflict in the West, and it will have no time for distant islands in the East. And it looks like they waited.

Shortly before the start of the Russian military operation in Ukraine, US Ambassador to Japan Rahm Emanuel made a policy statement:

On this day, February 7th, when Japan celebrates Northern Territories Day, I want to be very clear: The United States stands with Japan on the issue of Northern Territories. And they have recognized Japanese sovereignty over the four disputed islands since the 1950s.
This is how it is, as if there were no international agreements fixing the results of the Second World War and the legal status of the Kuril Islands, and at the same time the Kaliningrad region. Exactly one month later, on March 7, speaking before the Japanese Parliament, Prime Minister Fumio Kishida stated the following verbatim:

The Northern Territories are the territory belonging to Japan, the territory over which Japan has sovereignty.
Note that the word used was not "were", but "are". Unfortunately, Tokyo could not have chosen a better time to make claims to the Kuril Islands.

Today, all the most combat-ready units of the RF Armed Forces have been deployed to the western direction. The almost 200-strong group of Russian troops is forced to fight hard against the Armed Forces of Ukraine and the National Guard in order to fulfill the task of demilitarizing and denazifying Ukraine. The Eastern Military District remained weakened. The flagship of the Pacific Fleet of the Russian Federation, the missile cruiser Varyag, together with the BOD Admiral Tributs, were deployed to the Mediterranean Sea to reinforce our squadron in order to deter the American, French and Italian aircraft carrier strike groups. Russia found itself under the pressure of powerful Western sanctions.

Like us supposed earlier, the Japanese military operation to seize the Kuril Islands may look like this. Numerous strike aircraft of the Japanese Air Force will suppress the air defense system and coastal missile systems located on the contested islands. The Japan Maritime Self-Defense Force will block the straits and establish a no-fly zone. After that, troops will be landed in the "northern territories" to capture them. The few ships and submarines of the Pacific Fleet, moreover, weakened by the departure of the flagship, will not be able to effectively resist the powerful modern Japanese aviation and Naval Self-Defense Forces. A hint of this was recently made when an American Virginia-class nuclear submarine, designed specifically to search for and destroy Russian submarines, “discovered” in the Pacific Fleet exercise area. Like us supposed, almost certainly a Japanese diesel-electric submarine was spinning somewhere nearby, remaining undetected.

Let's be objective: Russia today cannot resist the attempt to seize the Kuril Islands by the Japanese by conventional means. The moment for such an operation was chosen exceptionally successful. Waited for the same descendants of the samurai. And what will the Kremlin do then?

In general, there are only two options. Or put up with the loss of the South Kuriles, leaving the solution of this issue for later, focusing on the demilitarization of Ukraine and confronting the NATO bloc. Or launch a nuclear attack on Japan.

In fact, this is all that can realistically be done to stop Tokyo. Naturally, the Ministry of Defense of the Russian Federation will not immediately sweep away the Land of the Rising Sun from the face of the Earth, for a start using tactical nuclear weapons against the Japanese fleet. If the aggression is not stopped, when the strikes will be inflicted on military infrastructure facilities already in the densely populated territory of Japan itself. Thus, the Japanese are at risk for the second time in history of becoming victims of nuclear strikes from former allies in the anti-Hitler coalition.

Why would the Americans so purposefully provoke us to use nuclear weapons? Then, in order to finally turn it into an "Evil Empire", making Russia a "rogue country", with which no one will do business either in the West or in the East.
Reporterin Yandex News
Reporterin Yandex Zen
67 comments
Information
Dear reader, to leave comments on the publication, you must sign in.