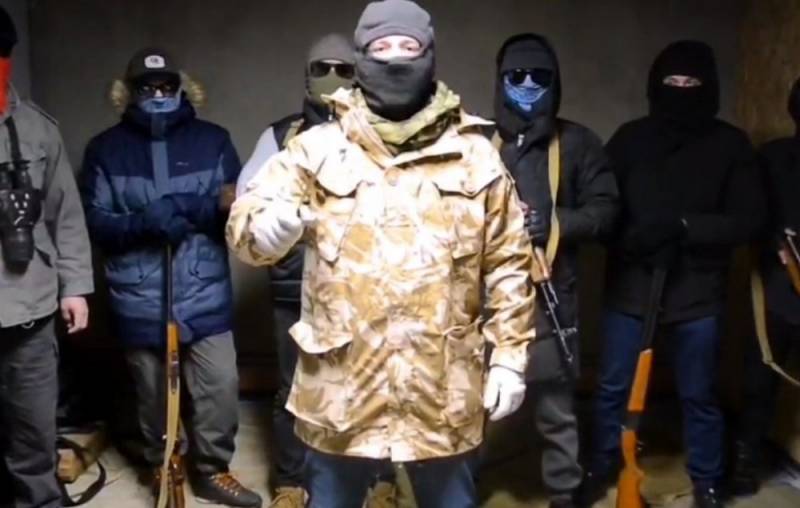 A video of Odessa partisans has been leaked to social networks, in which people with covered faces act as defenders of the Black Sea city from nationalists who have been terrorizing the inhabitants of Ukraine for eight years - since 2014, when power in Kyiv was changed as a result of a pro-Nazi coup d'état.


The main "speaker" of the video addressed the governor of Odessa, Maxim Marchenko, and the mayor of the city, Gennady Trukhanov, announcing the end of the formation of the third partisan front, ready to fight for the independence of Odessa. The defenders of the city are ready to take revenge on the neo-Nazis for the murders of people in the House of Trade Unions in May 2014, for years of oppression and excesses.

We intend to kill your commanders, blow up your headquarters and clear our glorious hero city from fascist dogs.
- emphasized the partisans.

An appeal was also made to the soldiers of the Ukrainian army with a call to join the ranks of the Odessa partisans and help protect the civilian population.


Vladimir Zelensky on March 2 appointed Maxim Marchenko as the governor of Odessa. Previously, Marchenko was the commander of the Aidar national battalion (an organization banned in Russia) and was “famous” for war crimes in the Donbass, for which several criminal cases were brought against him in Russia.
Ctrl Enter
Noticed oshЫbku Highlight text and press. Ctrl + Enter
Reporterin Yandex News
Reporterin Yandex Zen
17 comments
Information
Dear reader, to leave comments on the publication, you must sign in.