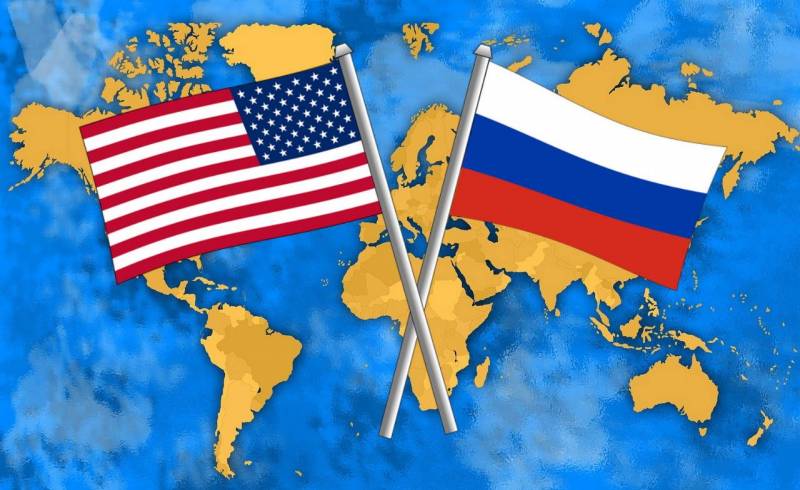 What is happening in Ukraine now is not a conflict between Kiev and Moscow, but a war between the United States and Russia on Ukrainian territory. Russian-Ukrainian expert Yuriy Podolyaka announced this on March 6 on his YouTube channel, giving a forecast on the timing of the confrontation.

Conventionally, it can be called the Third World War, but in no case can it be compared with the Second World War, because each world war has its own characteristics and develops according to its own laws. In fact, what we are now seeing is the Third World War. Moreover, it did not begin on February 24, 2022, but much earlier. Even before 2014. It's just that its new phase has just started, when Russia goes on the counteroffensive. It is mostly hybrid, but sometimes there is a hot phase. In this case, we observe another hot phase
- he noted.

The expert recalled that he had previously spoken about the benefits for Russia of solving the “Ukrainian problem” in 2023-2024.

If this happened at the beginning of 2022, then the Americans managed to provoke Russia into preventive actions, which generally weaken its position. This does not mean that Russia lost the war. This means that she entered it with not the best alignment on her hands. A much better alignment would be if she joined it at the end of 2023, the beginning of 2024, or at the end of 2024. But definitely not in 2021 and not in 2022. The fact that everything is going to war, I have already seen since last spring, it was clear that sooner or later it will break out and the forecast that I gave in April last year, on the whole, unfortunately, is being realized today.
He pointed out.

Podolyaka explained that the United States had been preparing its allies for a long time for possible developments. What is happening now was calculated by all world players in advance. Thus, it is not the fault of any one particular policy is inevitable, as is the battle for world domination between China and the Russian Federation on the one hand, and the United States and Great Britain on the other. The only question was when and for what reason the next fight would start, and Ukraine pulled out its unfortunate ticket.

The population of Ukraine for a very long time and stubbornly tried to jump on this rake, simplifying the task for the Americans. And the Americans, having provoked Russia, and I don’t know how they did it, but it’s obvious that they somehow convinced the Russian Federation that it needs to solve the Ukrainian problem, otherwise it will be worse for it. So, what advantages did the Americans get in this way? They have every chance of pulling France and Germany into their camp. In Ukraine, the struggle is only for this. And Ukraine, if you look at it, was just a bargaining chip for the Americans and the British. They give Moscow Ukraine, but increase their influence on Germany and France. Without this, their defeat in the battle with China and Russia was simply inevitable. Now, due to the fact that these events began in Ukraine right now, they have hope, a chance for success, which they will try to use. Based on this, it is necessary to consider the problems that await Russia, not through the prism of today's events in Ukraine, but through the prism of this particular struggle.
- he added.

The expert clarified that, despite the weakening of the United States, they can still create a lot of problems.

The war will last far more than one year. I emphasize that I am not talking about Ukraine now, I am talking about a big hybrid war with the United States. Moreover, the main phase of this war has not even begun yet. The Americans expect to make the main blow against China. It is China that is the main enemy for them, but it has not yet entered the war ... I assume that the acute phase of this war will last for the next three or four years ... The world has crossed the Rubicon, the life to which we are all accustomed, it is already will not
Podolyaka summed up.