Polite people against non-humans: Who is fighting today for the future of Ukraine 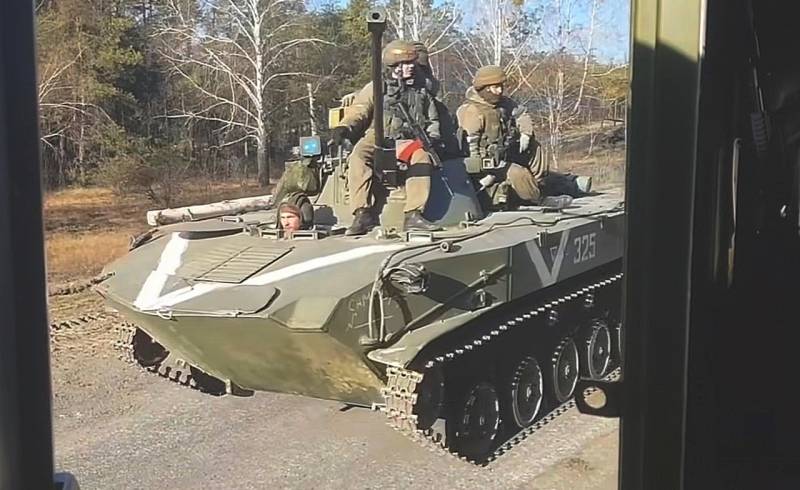 Information warfare in the modern world is the most important component of any military campaign. After the start of a special operation of the Russian Ministry of Defense to denazify and demilitarize Ukraine, it became clear that Russia, while outright winning the military component, was losing the media one to smithereens. Now, by the end of the second week, we can conclude that the work on the bugs has been done.


Perhaps the main advantage of the opposing side at the initial stage was the appeal with tears in their eyes to the history of the Great Patriotic War and the drawing of completely inappropriate parallels with the "treacherous attack". In fact, everything is exactly the opposite. It was in Ukraine in 2014 that a coup d'etat took place with the active participation of neo-Nazis and the direct support of the West. It was Kyiv that stopped supplying electricity and water to the Crimea, which did not want to be under the rule of the “neo-Banderites”. It was for 8 years that the Armed Forces of Ukraine continuously fired at the proclaimed Donetsk and Lugansk People's Republics for their democratic choice to be free from the dictates of the Ukrainian Nazis. It is Kyiv, under the approving chuckle of a significant part of its citizens, calling the Russians “quilted jackets”, “Colorados” and “Lugandonians”, for 8 years refused to accept back into the Independent DPR and LPR on the terms of guarantees of their safety. And only the statements of President Zelensky about the possibility of recreating nuclear weapons in Ukraine became the last straw in the Kremlin's patience.

On February 21, 2022, the independence of the Republics of Donbass was recognized, and on the 24th, a special military operation was launched. Therefore, Ukrainians should not blame anyone but themselves for what is happening with their country. Boomerang is back. And now I would like to talk in more detail about how both sides of the armed conflict have shown themselves over the past almost two weeks of hostilities.

There is not the slightest doubt that the RF Armed Forces are qualitatively superior to the Armed Forces of Ukraine and could easily secure a crushing victory for themselves by using heavy weapons. However, the goal of the military operation is not victory at any cost, but the liberation of Ukraine from the power of neo-Nazis and bringing it to a normal life in peace and harmony with Russia.

From the very beginning, President Putin invited all Ukrainian servicemen who do not want to fight against the brotherly people to lay down their arms and return home to their families. The Ministry of Defense of the Russian Federation itself tied its hands in the use of heavy offensive weapons, ordering that Ukrainian soldiers be treated with respect and strike only at the enemy’s military infrastructure. This was immediately used by the Armed Forces of Ukraine and the National Guard, hiding in the cities behind the backs of civilians. The pace of liberation of large settlements due to such humane treatment is low, and the Russian army suffers losses that could have been avoided by fighting without unnecessary ceremonies.

The Armed Forces of the Russian Federation are also quite loyal to the protests of civilians in the territories liberated from the power of the Kiev regime. The exception is cases when open aggression is manifested against the Russian military, as was the case, for example, in Kherson. This is very regrettable, but those who take up arms should understand that our army is, of course, polite, but this is not the Ukrainian Berkut on the Maidan, which can be thrown with impunity with bottles of Molotov cocktails. Perhaps this tragic episode will allow us to avoid unnecessary losses among potential Ukrainian terrorists from among the “terodefenders” in the future.

Separately, it is necessary to talk about what is happening in the territories liberated by Russia and the "horrors perpetrated by the Russian occupiers." Political scientist Vasily Rogov spoke in detail about the steps taken. Among them: the cancellation of all debts of the population to Ukrainian banks, the zeroing of debts on utility bills, the reduction of tariffs for utilities to the level established in the Russian Federation, the introduction of a special tax regime for Ukrainian entrepreneurs for the period of the military operation, assistance to local farmers in the sowing campaign, as well as opening access for them to the domestic Russian market. To combat terrorists from the "terodefense" people's squads are created. A fee is being introduced for the voluntary surrender of weapons uncontrollably distributed by President Zelensky. Horror-horror!

And now let's see what the so-called "defenders of Ukraine" are doing, who are allegedly waging a "just Patriotic war."

At first, the Armed Forces of Ukraine, which still occupy positions in Avdiivka and Pisky, are ironing Donetsk right now, actively inflicting artillery strikes, including on residential buildings. But who's surprised by that, right?

Secondly, the Armed Forces of Ukraine and the National Guard are absolutely not worried about the safety of their own citizens, whom they supposedly protect. The network is full of photos and videos confirming the deployment of a combat equipment near residential buildings, schools and kindergartens, on which the Russian army voluntarily pledged not to strike. Ukrainian Nazis use not only their own citizens, but also foreigners who are not lucky enough to be in this unfortunate country, as a "human shield" of hostages. Ukrainian Nazis who try to leave the cities are shot in the back. In Mariupol, these scoundrels herded local residents into the Azov-Stal plant, which they mined, turning them into hostages.

Thirdly, all the same Nazis prevent the distribution of humanitarian aid to their compatriots, even in the territory that they still control. On the territory already liberated from the power of the Nazi regime, they surreptitiously threaten those who want to receive humanitarian aid from Russia. Recall that for these purposes the Federal Reserve was involved and everything necessary for ordinary Ukrainians is distributed free of charge through the Ministry of Defense of the Russian Federation.

These are the “defenders” of the post-Maidan Square. No, for Ukraine this is not the Great Patriotic War-2. This is May 1945.
Ctrl Enter
Noticed oshЫbku Highlight text and press. Ctrl + Enter
Reporterin Yandex News
Reporterin Yandex Zen
16 comments
Information
Dear reader, to leave comments on the publication, you must sign in.