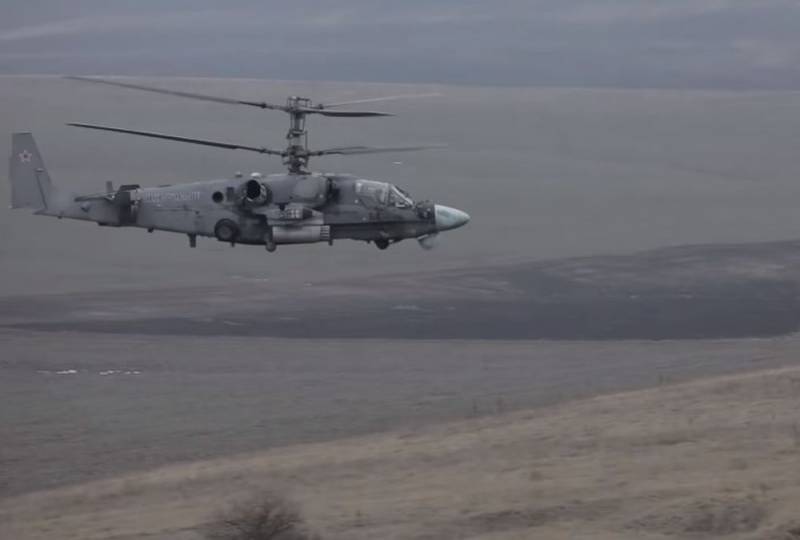 The reconnaissance and attack helicopters Ka-52 "Alligator" in the course of the implementation of the RF Armed Forces of a special military operation on the territory of Ukraine are not only involved in air cover for convoys from the Russian technique and landings, but also participate in missions to search for and destroy armored vehicles of the Armed Forces of Ukraine. A video has been published on the Web showing the combat use of these helicopters against Ukrainian targets.


It should be noted that as of 2021, the RF Armed Forces had 127 Ka-52 units. Since 2016, the elegant Alligators have also been deployed on Syrian soil, being part of the Russian Aerospace Forces aviation group in the SAR.