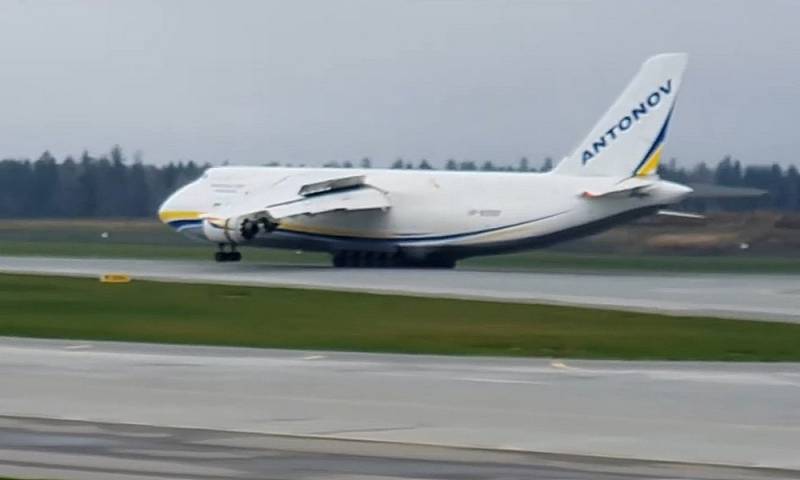 On March 4, a flight of a heavy long-range transport aircraft An-124-100 of the Ukrainian cargo airline Antonov Airlines from Tekirdag (Turkey) to Rzeszow (Poland) was recorded. The public was informed about this by monitoring resources that monitor the air situation.


It should be noted that in the said Turkish city there are production facilities for the production of the Bayraktar TB2 UAV, and the entire Polish Podkarpackie Voivodeship has turned into a huge transport, logistics, training and storage hub to provide Western support to Ukraine. 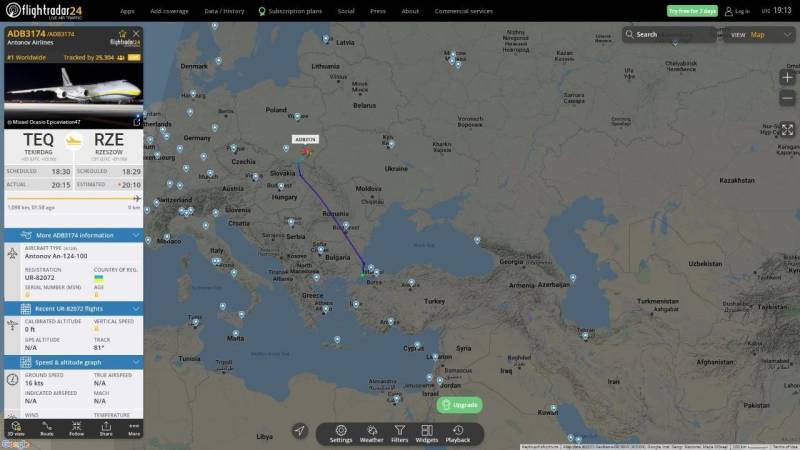 In this regard, it can be reasonably assumed that on board the Ruslan, which arrived from Turkey in Poland, there was another batch of Turkish-made strike and reconnaissance UAVs for the Armed Forces of Ukraine, which after some time will be delivered by land from Polish to Ukrainian territory. However, the Turks are very risky with their actions, since by starting to arm Kyiv during the Russian operation, Turkey may lose the coveted Idlib in Syria, which it considers practically its own. An operation on the territory of this northern Syrian province with the aim of finally destroying the militants could be Moscow's response to Ankara's unfriendly actions.

Probably, Ankara is well aware of this, so the Turkish authorities do not close the airspace for Russian aircraft and ignore the demands of the countries of the Western world on this matter. At the same time, Turkey continues military-technical cooperation with Ukraine, while at the same time talking about good relations with Moscow and Kiev. The East is a delicate matter, but sometimes you can play too much.
Ctrl Enter
Noticed oshЫbku Highlight text and press. Ctrl + Enter
Reporterin Yandex News
Reporterin Yandex Zen
2 comments
Information
Dear reader, to leave comments on the publication, you must sign in.