Landing operation in Odessa: eyewitnesses filmed the readiness of the Russian fleet 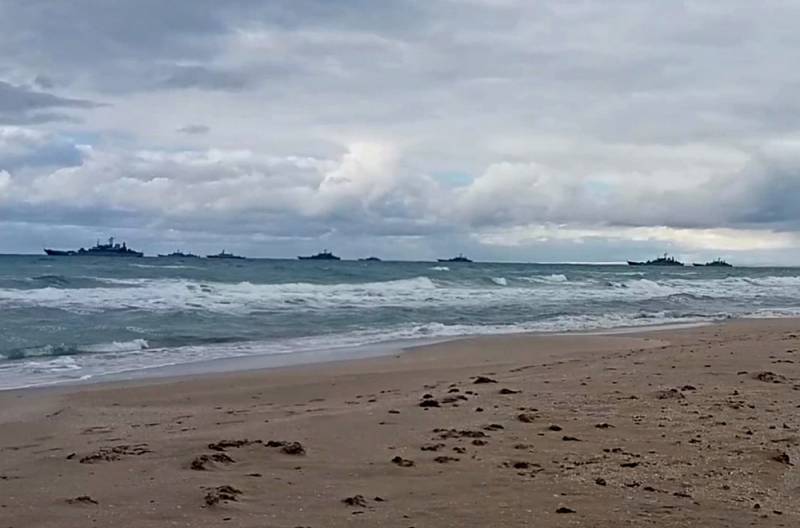 A video from an eyewitness appeared on the Web, which recorded the presence of at least nine large landing ships and several more pennants of the group's security ships off the coast of Crimea. It is assumed that the BDK loaded technique and marines and are waiting for the order to land troops on the coast near Odessa.


It should be noted that on the morning of March 3, the General Staff of the Armed Forces of Ukraine issued a statement in which it announced the movement of an amphibious detachment of ships of the Russian Navy, consisting of four large landing ships and three missile boats, to Odessa. At the same time, it is not known whether the ships in the communiqué are part of the squadron shown in the video, or if it is an independent grouping.

We remind you that on February 24, the RF Armed Forces launched a special military operation to denazify and demilitarize Ukraine. Currently, the beaches of Odessa are mined and anti-tank hedgehogs are installed on them. Therefore, the landing operation, probably, if it takes place, will take place on suitable sites coast of the Odessa region.
Ctrl Enter
Noticed oshЫbku Highlight text and press. Ctrl + Enter
Reporterin Yandex News
Reporterin Yandex Zen
17 comments
Information
Dear reader, to leave comments on the publication, you must sign in.