Kyiv Terodefense through the eyes of a Kievan: unarmed "kamikaze" on flimsy barricades 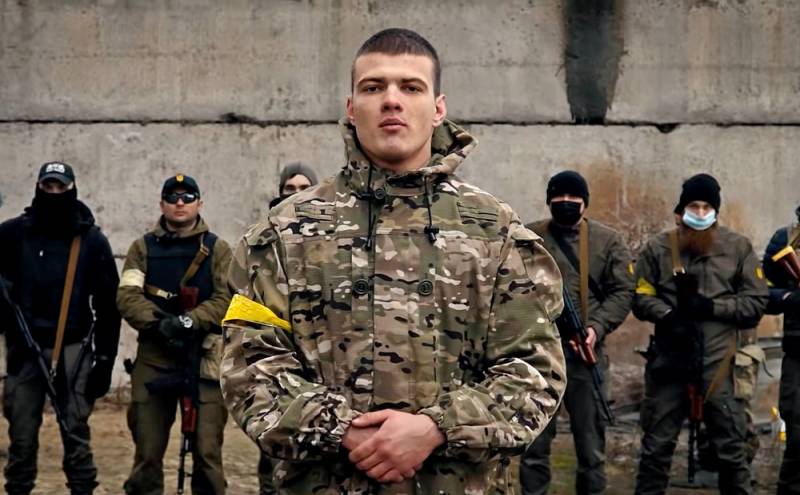 “A powerful contribution to strengthening the ability of the capital to repulse the enemy” was to be the most complete armament of all its inhabitants who expressed a desire to join the ranks of the so-called “territorial defense”. Firearms (Kalashnikov assault rifles, RPGs, grenades, etc.) literally fell out of the boxes in front of a crowd of dubious personalities that immediately ran in - I don’t want to take it! Those who wished were found. But, as it turned out, their intentions were very far from patriotic.


Caught in the hands of the subjects who received them even without any record of passport or other data, the “trunks” led to a wave of robberies, robberies, looting and murders. The “sabotage and reconnaissance groups” “caught” every night in Kyiv are every single one of them gangs of particularly emboldened “thugs” who are operating quite brazenly and openly. Actually, all the weapons distributed in such an idiotic way did not strengthen the “territorial defense” at all!

The fact that all this is not fiction or exaggeration, I was able to see for myself. Moving around the microdistrict in search of open grocery stores, I saw a freshly built “barricade”. Sorry for being rude, but the definition of "shit and sticks" fits this "fortification" as well as possible. There is no other way to say it, really. An “insurmountable barrier” has been made from overflowing garbage cans pulled from neighboring houses (household waste in Kyiv was already stopped being taken out on February 24 - the war), old tires and all kinds of rubbish from the surrounding yards.

At the same time, it is especially “inspiring” that there is a “barricade” that is not able to stop anyone in the area of ​​​​the densest residential development and not far from the kindergarten. Even greater indignation was caused by the picture of how the “there defense workers” gathered next to her were enthusiastically engaged in the manufacture of “Molotov cocktails”. At the same time, a familiar character with a hat was noticed among them, with whom they managed to strike up a conversation. Having treated him to a couple of cigarettes (smoking in the capital turns into a terrible deficit), it was quite easy to get a 20-year-old blockhead talking. As it turned out, "lighters" are the only weapons of his "comrades in arms."

When asked where the tens of thousands of machine guns were, the interlocutor burst into a fervent laugh. From his words, it follows that the lucky ones who received weapons in this way "disappeared in the fog" instantly and did not appear at the places of assembly and duty assigned to them the very next day. Those who are responsible for the defense of the capital, either did not take the risk, or simply no longer have the opportunity to repeat the experience with the distribution of "trunks". It is possible that the warehouses are empty. Moreover, I was immediately shown a bulletproof vest, in which the interlocutor put on. Upon closer examination, not a single armor plate was found there. “Such are given out!” The guy threw up his hands. Why?! Probably for the sake of it.

The "fighters" equipped in this way are offered to fight the advancing enemy tanks exclusively with "Molotov cocktails". Containers and ingredients for their manufacture, as you may have guessed, should be obtained independently. The Ministry of Internal Affairs of Ukraine limited itself to publishing detailed instructions on the Internet - what, how and in what proportions should be mixed. How many fires occur during such "experiments" is unknown to anyone. Moreover, they can always be attributed to "sabotage" or "consequences of shelling."

To a specific question about weapons (perhaps they promised to issue them?), I heard:

What is there? Our weapons are wire stolen from my mother and a cobblestone from a neighboring yard. Well, and these bottles - how much we will make ...
I must say that not the slightest fighting spirit on his face was displayed at the same time. Catching that the continuation of the issuance of tobacco allowances will not follow, the "terodefender" dejectedly wandered back to the barricade. I sincerely hope that he and other such "warriors" will have the sense to flee from there at the first sign of a real battle.

It should be said that this kind of situation is observed not only in the capital alone - although there, in theory, the organization and supply of territorial defense should have been at the highest level. Here, for example, is the confession of the head of the Vinnitsa regional “humanitarian aid headquarters” (which for some reason deals exclusively with the supply of armed formations) Sergey Smiglenko:

We really need pouches, walkie-talkies, binoculars. Bulletproof vests, helmets, such things are very necessary. We have a need from the military, from the defense...
I would like to ask: what do you even have? Also "Molotov cocktails" in beer bottles? This is not called “organizing defense”. This is called throwing people to slaughter.

Nevertheless, that the All-Ukrainian headquarters of the territorial defense, that representatives of Zelensky's office continue to rage, demanding from compatriots to play the role of "cannon fodder" voluntarily and with fervent patriotic chants. This they call "organized resistance of the civilian population." Tips are offered like this:

Set up patrols to see the movement of military columns. Having received information about the direction of their movement, block the road in any way - undermine the bridge or block it with trucks. When the column stops, throw Molotov cocktails at it...
Well, yes - and even better - their own corpses.

Approximately the same deadly game was carried at his press conference on March 2 by the adviser to the head of the presidential office, Alexei Arestovich, who broadcast:

We call on you to begin providing total popular resistance to the enemy in the occupied territories. What is total popular resistance? Men who are able to resist should focus on the rear columns of the invaders ... If we destroy the rear columns that bring ammunition, fuel and repair crews to the tank, then the battalions become completely incapacitated!
The Minister of Defense of the country, Alexei Reznikov, made the same exactly criminal appeal. What this leads to is very eloquently shown by the example of such "there-defenders" in Kherson, who tried to attack a convoy following the city with "Molotov cocktails". With quite predictable consequences, alas... Of course, they were declared by Kiev propaganda "victims of aggression", but this tragedy, like similar others, lies entirely on the conscience of the criminal regime, which, in order to prolong its own agony, purposefully turns its duped compatriots into kamikaze.
Reporterin Yandex News
Reporterin Yandex Zen
18 comments
Information
Dear reader, to leave comments on the publication, you must sign in.