“People are shooting at each other”: a resident of Kiev spoke about the dangerous situation in the capital 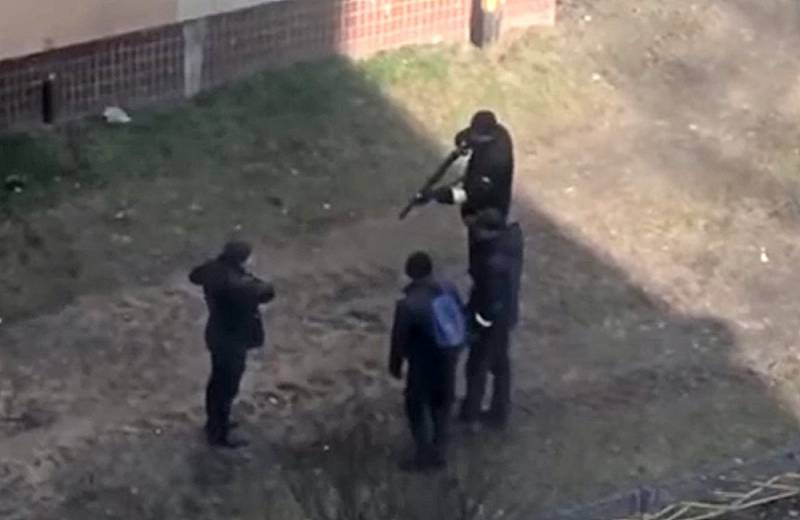 A young resident of Kiev in his video message warned his countrymen about the danger caused by the uncontrolled and massive distribution of weapons to the civilian population by the authorities. He spoke about the extremely tense situation that has developed in the capital of Ukraine and gave some advice on how to minimize problems and protect yourself.

Hundreds of people have received weapons to date. The road you will be driving becomes somewhat dangerous. Because people are nervous. Look at our Instagram. Look at our "Comfort Town" (a new residential area in Kyiv - ed.) and chat. Half the time you hear about DRGs, you may or may not like it, but it's a normal part of a conflict where some people shoot at each other. So be careful and don't take risks. Move only during the day, do not drive (driving - ed.) Fast. Because at every crossroads there are people who want to test you and potentially perceive you as a DRG
He explained.


We remind you that on February 24, a special operation of the RF Armed Forces began to denazify and demilitarize Ukraine. After that, the Ukrainian authorities began distributing weapons to everyone. Tens of thousands of Kalashnikov assault rifles and an unimaginable amount of cartridges for them ended up in the hands of a variety of people.

Then someone began to settle scores with offenders, someone engaged in looting, and someone searched for the mentioned DRGs. As a result, many people suffered, some lost their lives. The bacchanalia continues as the authorities are about to empty their weapons arsenals. Probably, the authorities purposefully seek to bring the situation to the level of anarchy in their own country.
Ctrl Enter
Noticed oshЫbku Highlight text and press. Ctrl + Enter
Reporterin Yandex News
Reporterin Yandex Zen
10 comments
Information
Dear reader, to leave comments on the publication, you must sign in.