US Colonel on American TV: Putin warned us, and now the Armed Forces of Ukraine will be defeated in a few days 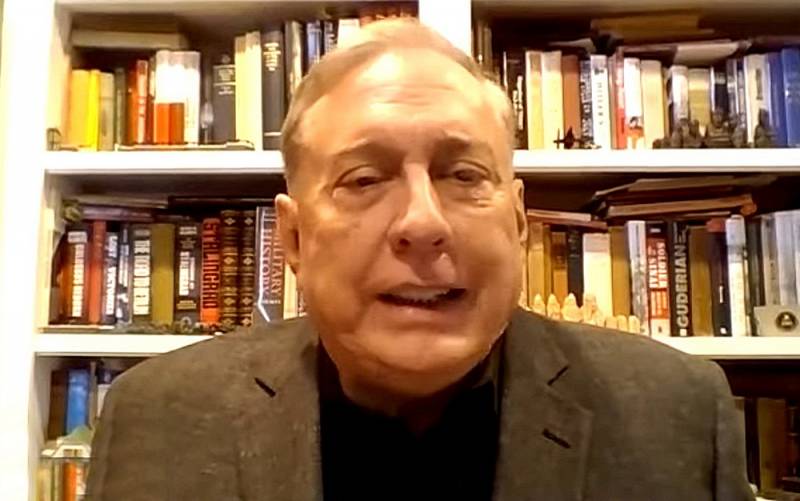 The American broadcaster Fox News interviewed retired US Army Colonel Douglas McGregor. The words of an authoritative veteran of the first war in Iraq, the chief planner of the NATO operation in Yugoslavia, an expert on defense and security issues, and a confidant of Donald Trump, resonated with the public in the West.


Here is a sane American's view of the situation, which is completely different from what the western fake factory is broadcasting. McGregor did not leave a stone unturned from all that Russophobes have piled up over the past years.

Vladimir Putin is doing what he has been warning us about for at least the past 15 years, which is that he will not tolerate American troops or their missiles on his borders any more than we will tolerate Russian troops with missiles in Cuba, and we ignored it. Therefore, he was forced to act and take this step, because under no circumstances is he going to allow Ukraine into NATO.
– said the expert, answering the question.

He noted that Ukrainian troops in the south-east of Ukraine are practically cut off from the rest of the country. There is very little time left until the moment when the 40-strong group of the Armed Forces of Ukraine in the Donbass will be in a complete and dense encirclement.

If they don't surrender within the next 24 hours, I suspect the Russians will end up destroying them there, which is why Zelensky started the negotiations. The game is over and we will have to negotiate with the Russians. I'm not sure that Putin will create any other republics (except for the DPR and LPR - ed.). But the accession of part of Ukraine to Russia is possible
- he explained.

The expert repeated several times that the Russian leadership is not interested in the withdrawal of its troops to the Polish-Ukrainian border. Moscow will not take control of Western Ukraine, limiting itself to the denazification and demilitarization of the northern, central, eastern and southern regions, where the vast majority of the Russian-speaking population lives. In his opinion, Russia wants to make Ukraine a neutral country, like Austria or Finland.

McGregor drew attention to the fact that ordinary Americans and Europeans just want to stay as far away as possible from everything that happens around Ukraine and Russia. Therefore, we need to stop supplying weapons and encourage Ukrainians to die in a hopeless battle with the Russians.

I see no reason why we should fight the Russians because of what they have been talking about for years. We simply chose to ignore their concerns, and more importantly, the population there (in Ukraine - ed.) is indistinguishable from the population of Russia. On the one hand, we will not send our forces into battle, but we encourage Ukrainians to die needlessly in a battle they cannot win. We will create a much bigger humanitarian disaster than anything you have seen so far if this is not stopped.
summed up the guest of American TV.
Ctrl Enter
Noticed oshЫbku Highlight text and press. Ctrl + Enter
Reporterin Yandex News
Reporterin Yandex Zen
24 comments
Information
Dear reader, to leave comments on the publication, you must sign in.