Having lost Airbus and Boeing, Russia will have to transfer to Soviet aircraft 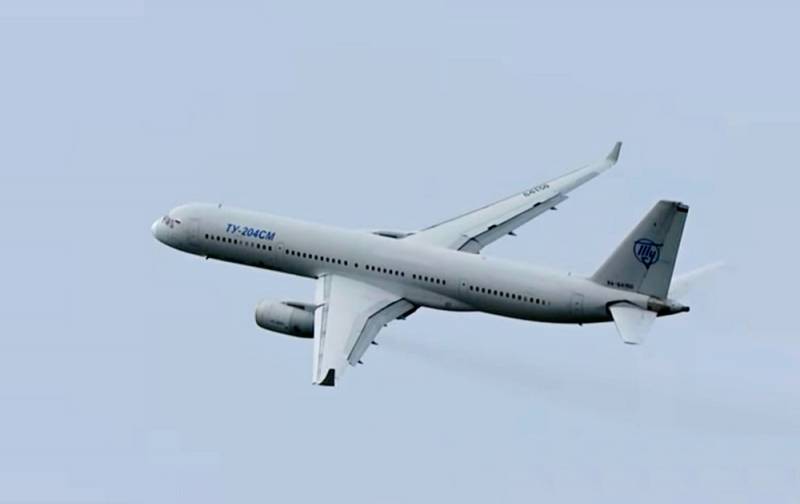 From the very collapse of the USSR, our systemic liberals constantly told us fairy tales about the “invisible hand of the market”, about the “correct” democracy in the West and the “wrong” one here, about the fact that Russia does not need any of its own production, and we will buy everything we need abroad for petrodollars, and foreign exchange earnings should be invested only in "reliable foreign assets." And now, 31 years later, we can see with our own eyes what these stories are worth, and at the same time it would be nice to take a fresh look at the bearers of liberal ideas in the Russian government.


For example, within the framework of sanctions “for Ukraine”, the supply of a number of electronic products using American Technology. The United States and the European Union decided to block the gold and foreign exchange reserves of the Central Bank of the Russian Federation located on their territory. The Airbus aircraft manufacturing corporation is considering the possibility of withdrawing from Russia all aircraft of its production, which account for about half of the entire domestic aircraft fleet. If the American Boeing, which accounts for the second half, follows its example, then our country will suddenly be left completely without air traffic. Hello to all liberals in the Russian government!

The situation is extremely serious. The domestic fleet is represented by about 800 aircraft of American and European production. All of them were purchased under a leasing scheme, so the lessor has the right to demand their return. If this is done, a no-fly zone will be established over Russia without any war, since there will be almost nothing to fly on. So far, experts advise not to panic ahead of time, since the simultaneous appearance of 400 to 800 used aircraft on the market will bring down prices and make new aircraft from Airbus and Boeing unclaimed. It is possible that with the "partners" it will be possible to agree only on a ban on the supply of new liners to our country. This will be the lesser evil for all parties.

However, as the Russian military operation in Ukraine progresses, the likelihood of the most severe sanctions scenario is continuously increasing. And then what are we to do? In fact, there are only two scenarios.

In the first, our air carriers obediently return leased aircraft and close their business. Russia is left without a sky, and we will have to move around the vast country by rail and road.
In the second scenario, we refuse to give up the planes. It turns out ugly, but what can you do. Such is the answer for blocking the assets of the Central Bank of the Russian Federation abroad.

This will mean that the liners will be left without repair and maintenance and will be considered "stolen" in the US and the EU, where they will be closed. The option is also so-so, since it means the actual isolation of Russia from the foreign sky. In fact, this is a prolonged agony, because without spare parts, the resource of the available Airbus and Boeing aircraft will be fully developed a little earlier or later, and the result will be the same. However, we may need this time to solve the problem of civil aviation on our own. What can we really count on?

From what is real, this is a short-haul liner "Sukhoi Superjet-100". So much has already been said about his problems with foreign components that there is no point in repeating. It should be noted that work on the bugs nevertheless began, and the government announced the development of its version called the Sukhoi Superjet New, in which the share of imported components should be reduced to 3%. The production of the "Russified" liner is expected in 2024.

The main problem of the current version of the Superjet-100 is its PowerJet SaM146 engine, created jointly with the French company Snecma. With a high degree of probability, it can be expected that the EU will prohibit the supply of components necessary for the production of the power plant, and the aircraft will simply have nothing to fly on. A promising PD-8 engine is being considered as a replacement for the Sukhoi Superjet New, which should be certified in 2023 and go into production only in 2024.

Our second "Great White Hope" is a medium-haul liner MS-21. Fortunately, the share of imported components in it is much less than in the Superjet-100, and the engine is its own, native PD-14, on the basis of which, by the way, the PD-8 is being developed. The start of serial production is promised for 2022, however, it should be remembered that the production volumes of the first years will be small and will increase gradually. It is also not yet clear whether it was possible to completely replace all imports of avionics and electronic equipment, the supply of which we were actually denied a few years ago. It was reported that the Ministry of Industry and Trade purchased a large number of components for future use, which are now used, but it is clear that mass production cannot be established on warehouse stocks alone.

Let's hope that the task has already been solved without unnecessary noise and dust, otherwise the matter may drag on. Are there any other alternatives?

The most interesting thing is that Russia has its own medium-haul liner Yes, and a long time ago. This is the Soviet Tu-204/214, a direct competitor of the MS-21. This liner has all certificates necessary for flights abroad. Unlike the "constructor", it was designed and created entirely on the domestic component base. The only “claim” to him is that his PS-90A engine is more “gluttonous” and noisy than modern American and European ones. For this reason, all Russian airlines refused to operate the Tu-204/214.

But let's ask ourselves a question, what will happen if our country is left without foreign aircraft at all? Will it matter how much kerosene the PS-90A burns? At the same time, nothing prevents the installation of modern PD-204 engines designed for the MS-214 on the Tu-14/21. Why not? Left without aircraft at all, it will be necessary to use all available capacities in order to start producing our own as soon as possible.

By the way, good news is that the production of the Tu-204/214 is still underway, albeit in small batches. That is, the component base has been preserved, there is no need to urgently restore anything with foam at the mouth. Take it and do it.

We have something from the Soviet legacy for long-distance highways. This is the Il-96 wide-body airliner. Fortunately, its small-scale production has also survived, since it is a "presidential" aircraft, which flies the head of state and the minister of defense. The entire component base remained intact. Why limited edition? Because this liner has 4 PS-90A engines installed at once, which make its commercial operation not very profitable. It is not customary to spare money for the flights of the first persons.

But then again, imagine the prospect of being completely without planes. The most reliable liner, assembled from domestic components, capable of carrying over 400 passengers at a time, would probably come in handy. At the same time, no one bothers at the first stage to produce Il-96-400 with old engines, then replace them with 4 modern PD-14s, and in the future - with heavy-duty PD-35s, 2 pieces per aircraft.

Thus, we have some options even if Airbus and Boeing take their aircraft from Russian airlines. It turns out that the path of the "scoop" turned out to be more correct than that of the liberal.
Ctrl Enter
Noticed oshЫbku Highlight text and press. Ctrl + Enter
Reporterin Yandex News
Reporterin Yandex Zen
97 comments
Information
Dear reader, to leave comments on the publication, you must sign in.