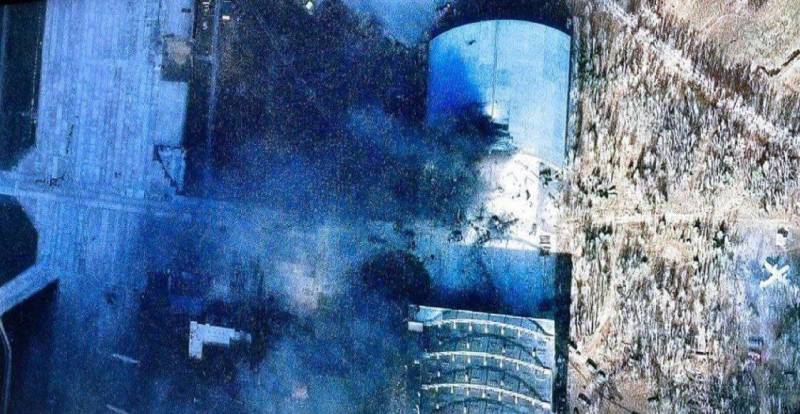 During the fighting at the Gostomel airport near Kyiv, the largest An-225 Mriya transport aircraft to date was destroyed. As Vladimir Zelensky later noted in his Telegram channel, the aircraft was badly damaged during the fire.


It will take $XNUMX billion and more than five years to restore the aircraft, sources said. In fact, this means that the airframe of the liner will have to be assembled from scratch, which does not make any sense. 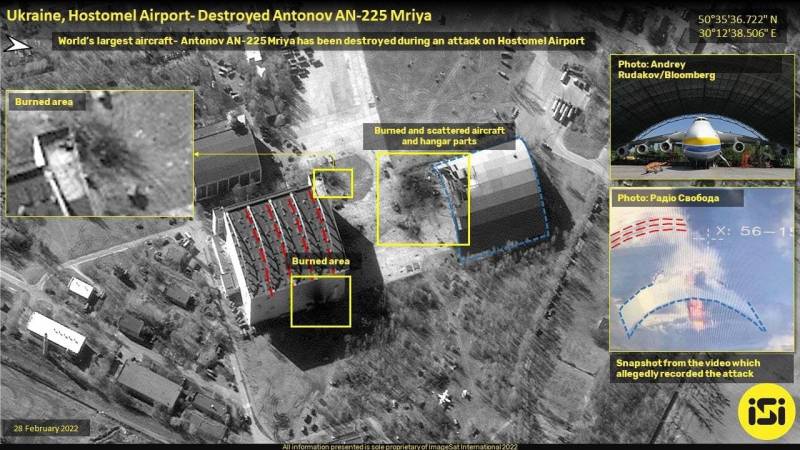 The published pictures of the open hangar on the territory of the airfield correspond to the canopy under which the Mriya was usually located. 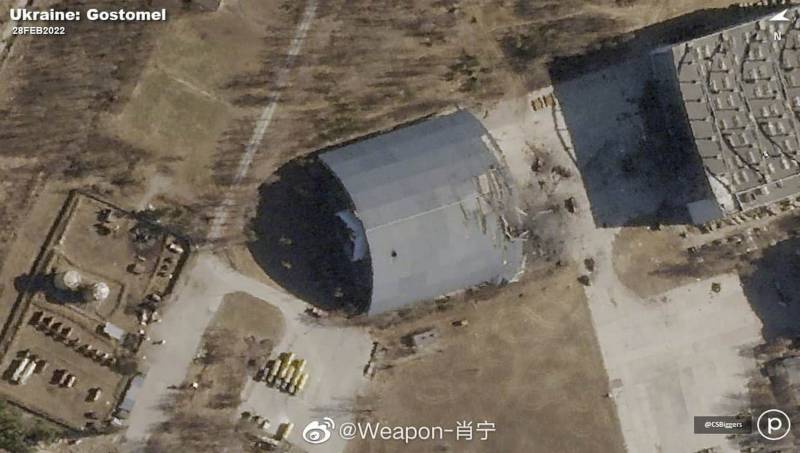 Recall that after the landing of the Russian troops near Gostomel, Ukrainian artillery began to hit the airport. Not knowing exactly where the paratroopers were, the blows were delivered at random. Apparently, one of the shells hit the plane, breaking through the roof of the hangar. 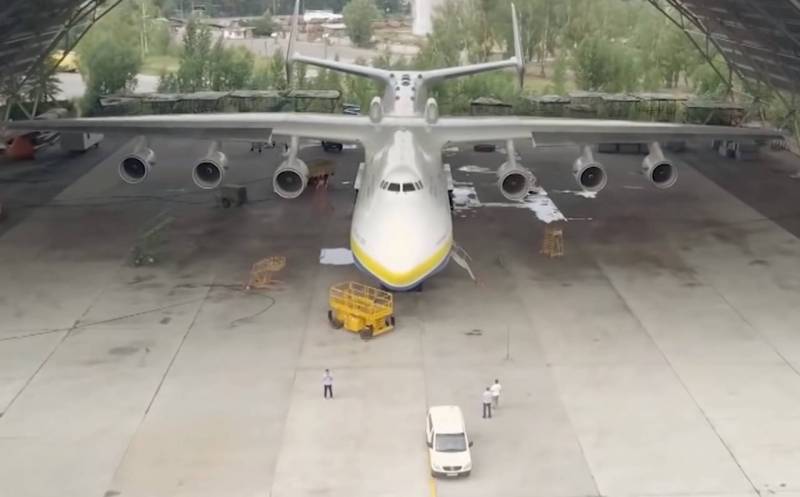 An-225 "Mriya" was developed in the 80s of the last century in the Antonov Design Bureau. The aircraft made its maiden flight in December 1988, and Mriya was in service the following year. The payload of the An-225 is about 250 tons. The weight of the empty aircraft is 216 tons, the maximum takeoff weight is 640 tons. The cruising speed of the Mriya reaches 850 km / h, the practical ceiling is 12 thousand meters.
Reporterin Yandex News
Reporterin Yandex Zen
17 comments
Information
Dear reader, to leave comments on the publication, you must sign in.