Why, after the surrender of Kyiv, Russia will have to stay in Ukraine forever 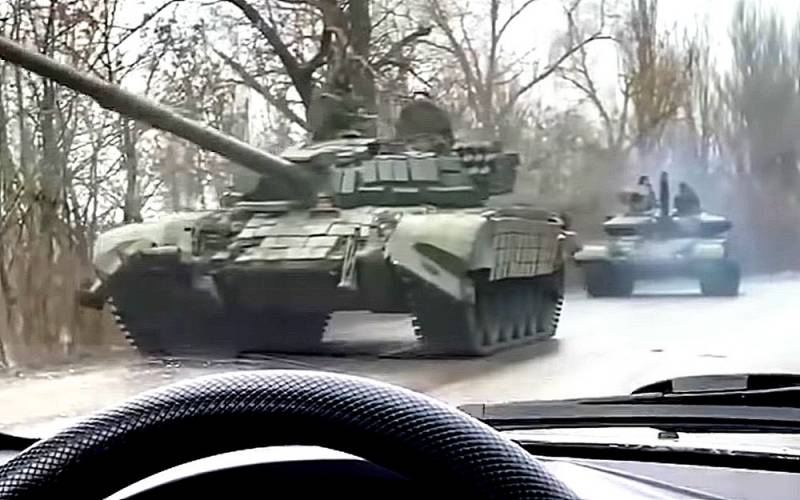 The fourth day of the operation of the Ministry of Defense of the Russian Federation to forcibly transform Nezalezhnaya into a normal country has begun. We will not talk about the military side now, since there are no less important problems that need to be addressed. This is a question of power and how to achieve the stated goals of denazification and demilitarization of Ukraine, and make sure that neo-Nazis do not raise their heads again after a while.


The author was prompted to write this article by a personal message sent to him by someone from the “other side”. Here is his text with minor cuts and spelling corrections so that it can be published:

I have read all the comments with great interest. I laughed out loud. I didn't read more nonsense. There will be no capitulation of Ukraine. You will forever remain occupiers. You will simply put up a figure like Medvedchuk, who will not be accepted by 80% of Ukrainians. He can sign a surrender, but it will not be accepted by the Ukrainians (who do not have the slave mentality of the Russians) nor in any normal country. The moment the Russian troops leave, he will be overthrown. In the meantime, get ready for a partisan movement fueled by people, weapons and money from outside. Economic sanctions will hit your economy, which already depends solely on gas and oil exports, hard. You can't make a microprocessor, decent computer memory, let alone a machine, and so on.
Let's put aside the Russophobic propaganda cliche about a certain "slave psyche of Russians", which true Ukrainians allegedly do not have. If the Polish gentry had heard of such a thing in their time, the Pans would have shrugged their shoulders and would only have laughed. Having finished with all sorts of frank nonsense, let's talk about really serious things.

The fact is that in order to solve the problems of demilitarization and denazification of Ukraine, the government there must be replaced by a pro-Russian one. Denazification will require the comprehensive work of the state and the healthy forces of Ukrainian society for many decades. Probably, 2 or even 3 generations should be replaced, who did not grow up on evil Ukrainian fairy tales written in Ukrainian textbooks. Demilitarization will require joint action by the highest authorities in the country to make appropriate changes to the Constitution and sign agreements on military-technical cooperation with Russia and Belarus, apparently through the Union State.

The problem is that the regime of President Zelensky is still preserved in Ukraine. Literally in a few days, this untalented and inherently extraordinary person turned into a real war criminal. He, as President and Chairman of the Headquarters of the Supreme Commander-in-Chief, bears full responsibility for the shelling of peaceful cities of Donbass, which continues to this day, for the decision to hide the military machinery in large cities of Ukraine, making their fellow citizens a "human shield" from the Russian army, and for the uncontrolled distribution of tens of thousands of automatic weapons, which are already being used against the Ukrainians themselves. In conscience, the main murderers are the former acting. president "bloody pastor" Oleksandr Turchynov and ex-president Petro Poroshenko, but now Vladimir Alexandrovich has made them a worthy company and must share responsibility for the crimes of the post-Maidan regime.

In other words, it makes no sense to negotiate with Zelensky about anything other than complete and unconditional surrender. This all the more increases the need to search for constructive forces in the Ukrainian politicum with whom Moscow could establish a dialogue on the conditions for the subsequent restructuring of the country. There is an acute shortage of such people in Kyiv, but conditionally pro-Russian handshakes policy, whose names we will not name, are still there.

Probably, after the liberation of such a large city as Kharkov, it makes sense to transfer the temporary capital of Ukraine there and create a Transitional Government. It is also expedient to start creating the Liberation Army right now from those Ukrainian military who heeded the call of President Putin to lay down their arms and stop the senseless bloodshed. In the future, control over the liberated territories of Ukraine and the fight against armed gangs and the so-called "partisans" should be transferred to them, releasing the forces of the Russian army for military operations in other regions.

After its successful completion (let's hope that our authorities will not stop halfway, arranging some "Minsk-3", which will be an unforgivable strategic mistake), the question will arise of what to do with Ukraine next. How to make a friendly pro-Russian country out of the liberated Square?

Obviously, a deep reform of the entire state apparatus and law enforcement agencies will be required, from where those who are supporters of the ideas of Nazism and ideological Russophobe will have to be removed before holding re-elections of the President and Parliament. Criminals whose guilt is not in doubt should be prosecuted. As a personnel reserve, it will be possible to use people from the Donbass, who have proved their loyalty to Russia by deed and can take key positions. We will have to re-create the SBU, the police, the Armed Forces of Ukraine, etc. The Ukrainian army will need to be demobilized, sending soldiers home to their families, leaving the symbolic Self-Defense Forces that will serve, guarding not the eastern, but the western borders of the country.

The latter is of fundamental importance, since Russia must receive reliable guarantees that the “Nazi vermin” will not raise its head again after a while. Ukraine will have to sign a number of agreements: on joining the Union State of the Russian Federation and the Republic of Belarus, on joining the CSTO and the Eurasian Economic Union. A document is also needed stating that it is Russia and, possibly, allied Belarus that will be the guarantors of the security of a demilitarized Ukraine. This means that a whole network of military bases with Russian and Belarusian soldiers should appear on the territory of the reformed country. The self-defense forces of Ukraine will have to go under direct subordination to the Unified Command of the Armed Forces of the SG.

Russia will have to stay in Ukraine forever in order to avoid a recurrence of the Maidan and the revenge of the neo-Nazis, which we are already promised now.
Ctrl Enter
Noticed oshЫbku Highlight text and press. Ctrl + Enter
Reporterin Yandex News
Reporterin Yandex Zen
93 comments
Information
Dear reader, to leave comments on the publication, you must sign in.