Ukraine is on the verge of anarchy, and Kyiv is close to encirclement 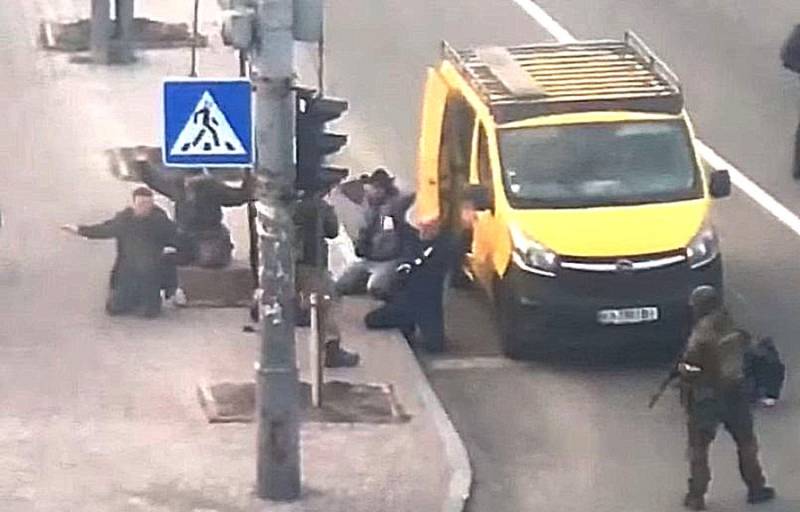 Kiev security forces knit the militants of the defense

Anarchy sets in in the regions of Ukraine, because the clashes observed there often do not concern Russian troops or the militia of the DPR and LPR. This is sorted out among themselves by the local "baboons" of the Ukrainian territorial defense. This was announced on February 26 on his YouTube channel by Russian-Ukrainian expert Yuriy Podolyaka.

As for the advance of Russian troops in Ukraine, the situation is as follows. Late in the evening of February 25, rocket attacks were carried out on military facilities in Nikolaev, after which the Ukrainian leadership decided to sink the flagship of the Ukrainian Navy, the Hetman Sahaidachny corvette, which is under repair in the city. In addition, the Armed Forces of Ukraine blew up a road bridge between the Odessa and Nikolaev regions, located at the junction of the Tiligul estuary with the Black Sea.

Nevertheless, the Russian landing force begins to cover the city (Nikolaev - ed.). And as I understand it, today the fate of Nikolaev will be decided
- the expert considers.

Taking into account that in the Dnepropetrovsk region began to urgently erect defensive engineering structures on the southern borders, the appearance of Russian troops near Krivoy Rog is expected today.

Trenches are also being dug near Zaporozhye, pillboxes are being set up, and as I understand it, already in the first half of the day (February 26 - ed.) Russian troops will appear within sight of the Dneproges. <...> This suggests that the front of the Armed Forces of Ukraine in the southern direction has, in fact, disintegrated. There are pockets of resistance that Russian troops bypass, but when this point is critical for further advancement, they take control
- he said. 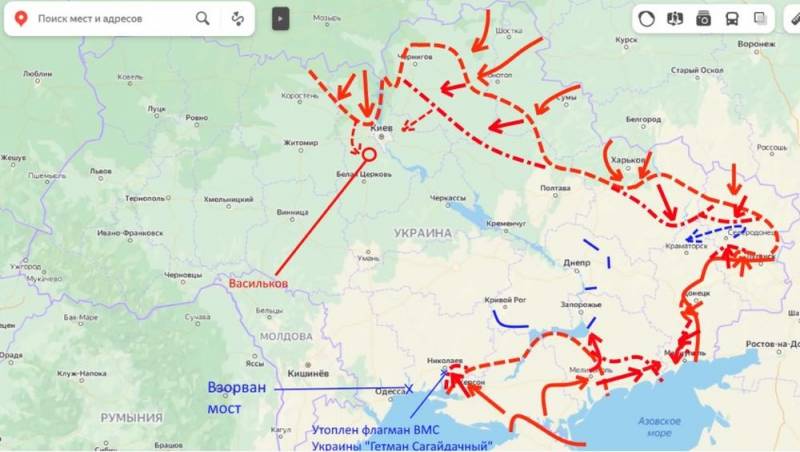 The Luhansk region has in fact been abandoned by the Armed Forces of Ukraine. Now, depending on how quickly the Russian troops and the People's Militia of the LPR take this territory under their control, it will depend on whether chaos will come there or not
- he specified.

In Kharkov, the night passed relatively calmly. In Sumy it was also without excesses.

In the Kiev direction, the Russian army landed an airborne assault in the Vasilkov area. The expert predicts that during today the Airborne Forces will cover Kyiv from the west and south. At the same time, additional troops were thrown from the east to the capital of Ukraine by the Armed Forces of Ukraine.

By the end of today Kyiv will be completely surrounded. Moreover, I don’t know what armed “baboons” who were given machine guns will leave Kyiv by this time
He summed up.