Why Russia's operation in Ukraine was called "Mongoose Throw" 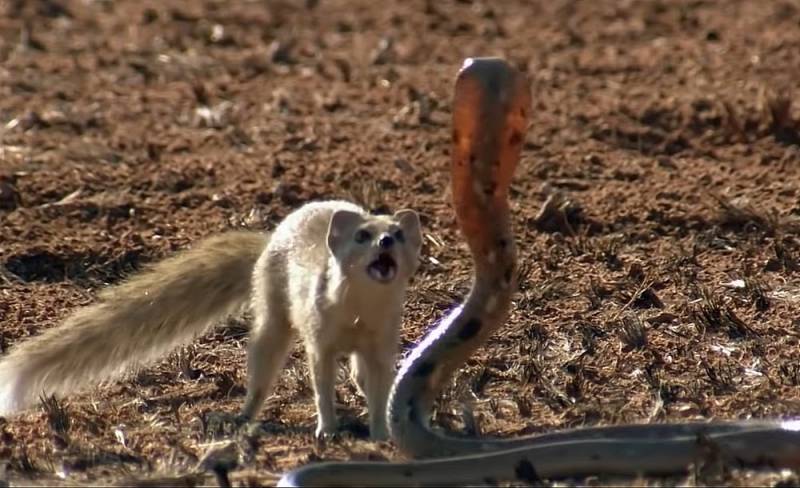 "Mongoose Throw". So even before the start of the operation, they called the plan of the Russian army in Ukraine. This was written about both in the West and in Russia itself.


What is a mongoose toss? In nature, this is the name of the well-known behavioral model of this small predator. The animal, being in a fight with a cobra, makes false throws, causing the snake to get nervous and counterattack. This lasts for a long time, the cobra's lunges become less and less accurate, it gets tired. At the end, the exhausted and exhausted snake conducts another counterattack, stretching out to its full length, after which the mongoose makes a decisive throw and sinks its teeth into the enemy.

Now let's look at the events of recent months. Western countries were screaming about an imminent war, inventing new dates for the start of the notorious "invasion", followed by forced admission of their mistakes. February 15, February 16, February 20, February 22 ... In the end, they spat and unanimously declared that the operation could begin "any day." The Russian president, with the dexterity of a virtuoso, led the “respected partners” by the nose, throwing up false markers about the “very soon” start of the implementation of the plan to denazify Ukraine.

Biden addressed the nation on a weekly basis, regularly convened the Security Council, called several times a day with his allies from Europe. Macron memorized the phone number of the Kremlin and dialed it from memory. Putin wore down the Western politicianslike a mongoose cobra.

The operation began exactly when it became most profitable. Then, when the mongoose realized that the cobra was exhausted, hysterical and simply did not know what to do. With a quick and confident throw, Russian units found themselves near Kyiv on the second day. Thus, Russia has shown that from now on it intends to communicate with its main adversary in the language that he understands best - the language of force. And when this force will be involved, only she herself knows.
Reporterin Yandex News
Reporterin Yandex Zen
9 comments
Information
Dear reader, to leave comments on the publication, you must sign in.