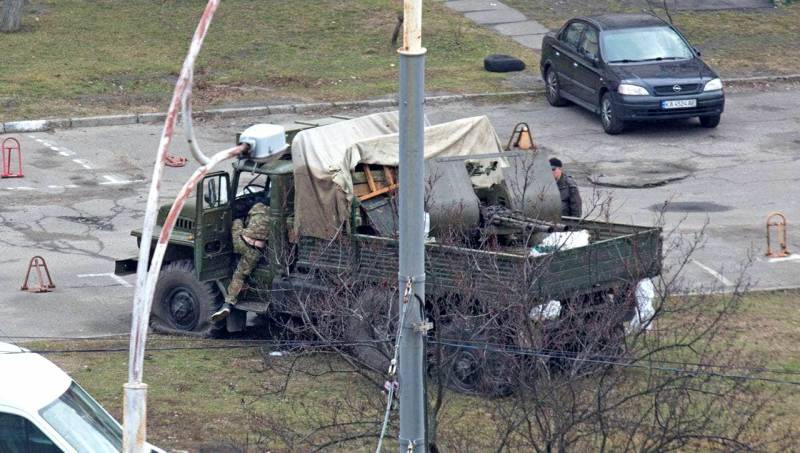 
Mavlyar officially announced that the Russian military seized several cars and another machinery The Armed Forces of Ukraine, changed into Ukrainian uniforms and rush to the center of the capital from the side of Obolon (Obolonsky district of Kiev). 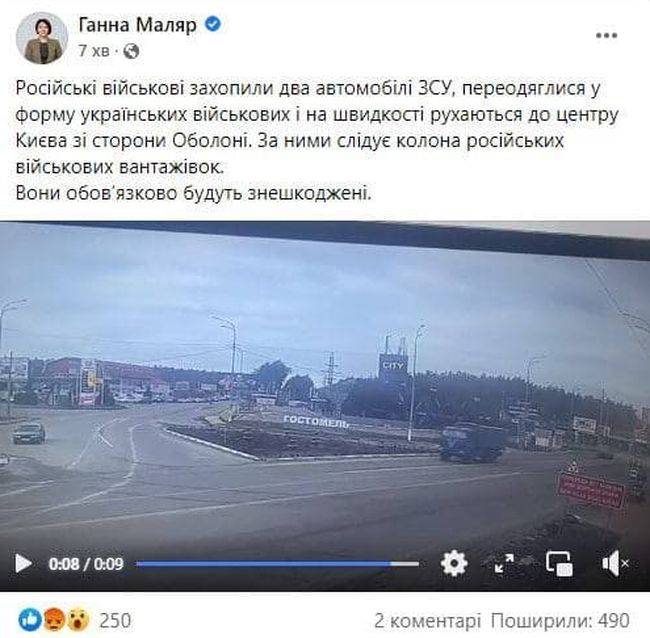 They are followed by a convoy of Russian military trucks. They will definitely be destroyed.
She described what was happening and promised.

On Obolon there was a clash. Evidence of street fighting in Kiev appeared on social networks. Eyewitnesses posted videos of shootings.


After some time, information from Mavlyar was refuted by other Ukrainian functionaries - David Arakhamia and Alexei Arestovich. But it was already too late and something urgently needed to be done with the bodies of Ukrainian soldiers (for ethical reasons, we do not show photos). Literally immediately, the Ukrainian authorities began to actively spread a fake about the destruction of Russian saboteurs in Kiev, thereby covering themselves.
Ctrl Enter
Noticed oshЫbku Highlight text and press. Ctrl + Enter
Reporterin Yandex News
Reporterin Yandex Zen
6 comments
Information
Dear reader, to leave comments on the publication, you must sign in.