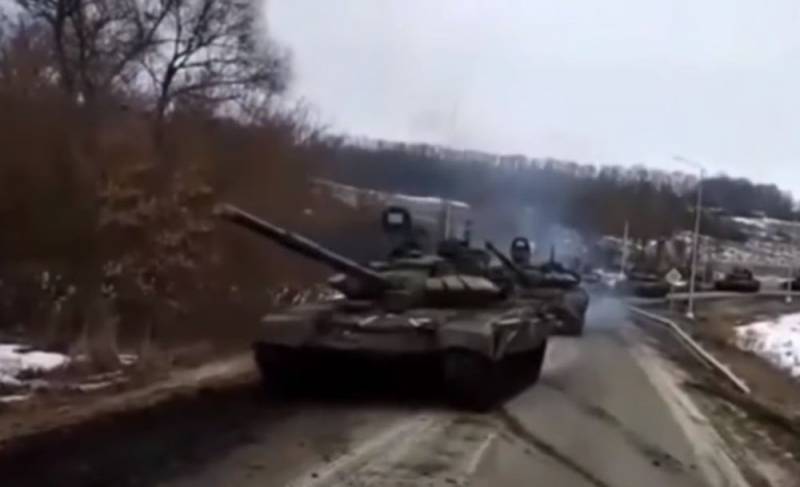 The Russian military operation on Ukrainian territory, which began early in the morning on February 24, is successfully developing. By evening, the troops of the RF Armed Forces took control of a significant part of Ukraine. Russian-Ukrainian expert Yuriy Podolyaka spoke about this on his YouTube channel.


The expert drew attention to the fact that Russian troops are advancing on the territory of a neighboring country from several directions: from the south - from the Crimea, from the north - from Belarus and the Bryansk region of Russia, and also from the east - from the Kursk, Belgorod, Voronezh and Rostov regions of the Russian Federation. In addition, he shared his thoughts on the battles between the armies of the DPR and LPR and the Armed Forces of Ukraine in the Donbass. After that, he outlined the situation in each of the designated areas and predicted the further development of events.

The grouping of Russian troops advancing from the territory of Crimea reached the Dnieper River and occupied important bridges with its left flank, taking Kherson under control. At the same time, the right flank of the group approached Melitopol in the Zaporozhye region. Thus, the Kherson region was almost completely under the control of the military of the Russian Federation.

The Russian army took Kherson and will approach Nikolaev tonight, i.e. Tomorrow morning Nikolaev may be freed from Bandera's power. Moreover, there is almost no resistance to the Russian grouping here. At least nothing is heard about the battles in this direction. Perhaps the merit of Russian helicopter pilots is here. Because a broken Ukrainian tank column was lit up, up to a company of tanks, two of which were knocked out, and the rest were abandoned by the Ukrainian military
- he explained. 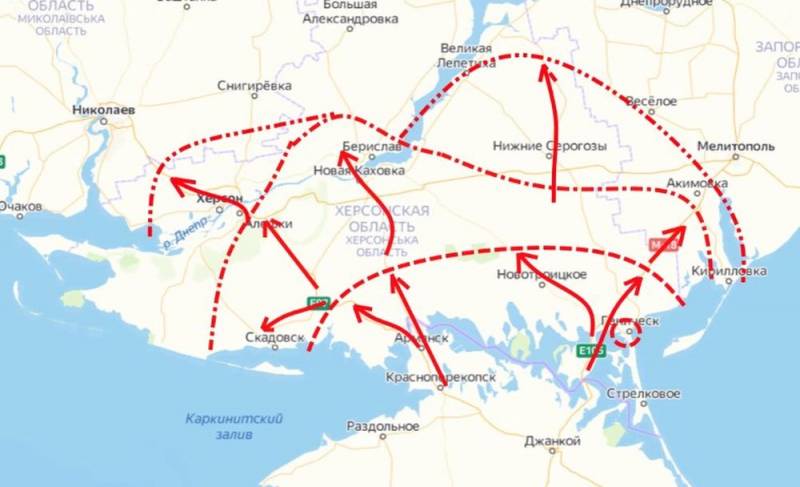 Podolyaka suggested that the units of the Armed Forces of Ukraine in this direction were destroyed on the march. Therefore, there is a high rate of advancement of the RF Armed Forces. The steppe and good air support did their job. It was here that the Russian troops achieved the greatest success.

A serious breakthrough is planned in the Donetsk direction. It seems that near Volnovakha, the DPR troops almost broke through the defenses of the Armed Forces of Ukraine and, presumably, a further attack on Mariupol will follow, through an enveloping strike. As soon as the front near Volnovakha falls, Mariupol will be evacuated. Thus, it will be possible to avoid urban battles. This is the intention of the command of the NM DPR
- he considers. 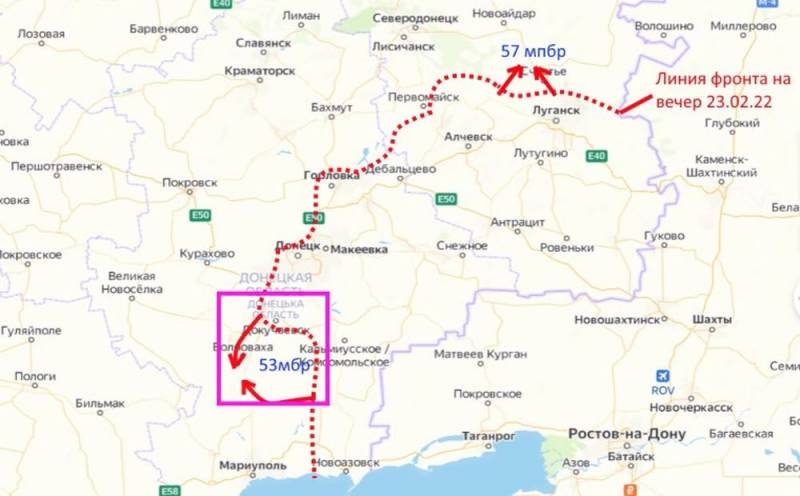 The expert emphasized that the defense of the Armed Forces of Ukraine should soon be overcome in this area and parts of the NM DPR will enter the operational space.

There is less progress in the Luhansk direction. Nevertheless, a very serious ally is coming from the north. This afternoon, there were reports that the northern part of the Lugansk region came under the control of the RF Armed Forces without a fight. The encirclement ring around the grouping of the Armed Forces of Ukraine in the Lugansk region will be snapped in within a few hours. We'll know about it by morning.
- he specified.

The expert drew attention to the fact that in the Kharkiv direction, the advance of Russian troops to the south is not as fast as many would like.

The city of Kharkiv has not yet been cleared of the Kiev regime
He pointed out.

Russian troops are now approaching Poltava and have practically taken control of the entire Sumy region, together with the regional center. On the morning of February 25, Chernigov should be surrounded.

In the Kiev direction, Russian troops completely control the city of Gostomel, thanks to a successful landing operation. They ended up in the rear of the units of the Armed Forces of Ukraine defending the border with Belarus. This led to the fact that the Ukrainian troops were forced to retreat in a southwestern direction from the Belarusian border, transferring the Chernobyl zone under the control of the RF Armed Forces. 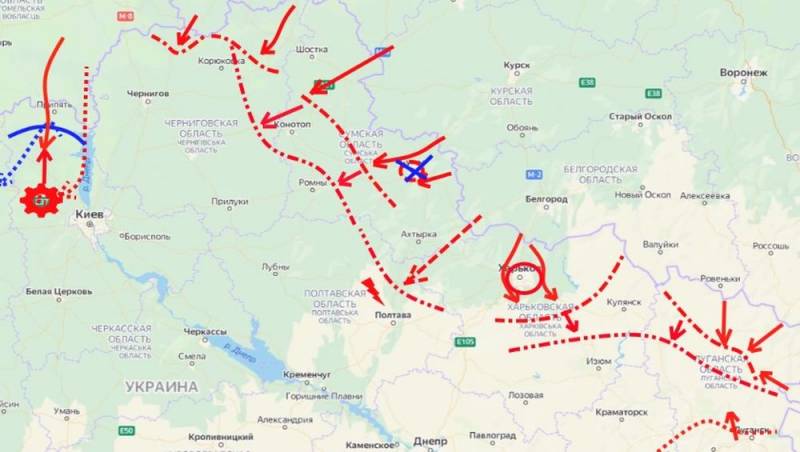 And a stream gushed across the Belarusian-Ukrainian border equipment. One approached the northern part of Kiev, and the other went to the Zhytomyr region. Thus, the front also moved to the Right-Bank Ukraine, and already occupies three regions. This is what the situation looks like on the fronts
Podolyaka summed up.