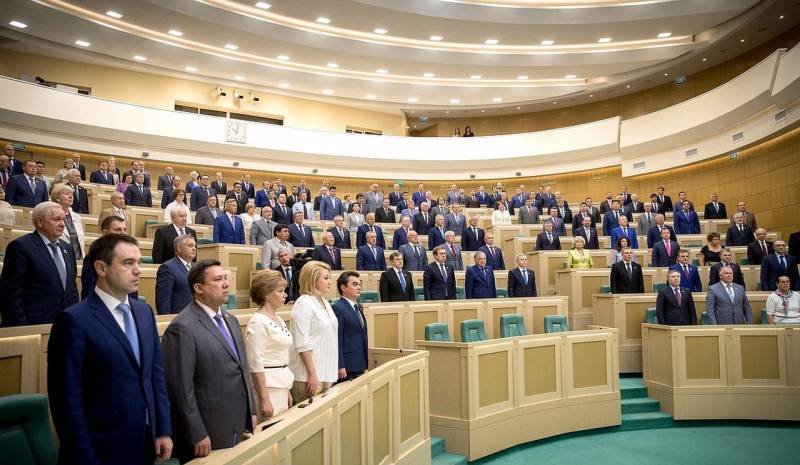 Russian President Vladimir Putin asked the upper house of Parliament for permission to use the country's Armed Forces abroad. The Chairman of the Federation Council Valentina Matviyenko announced the receipt of the corresponding appeal.


It is reported that the relevant committees of the Federation Council recommended to give consent to the use of the army abroad.

The meeting of the Federation Council was held in open mode. During it, all senators unanimously supported the President's request.


Recall that today the State Duma and the Federation Council ratified the treaties on friendship and cooperation between Russia and the Donetsk and Lugansk People's Republics. A little later, the corresponding federal law was signed by President Putin.

Earlier it was reported that the Russian army could be deployed on the territory of the recognized republics of Donbass if the military situation worsens.
Ctrl Enter
Noticed oshЫbku Highlight text and press. Ctrl + Enter
Reporterin Yandex News
Reporterin Yandex Zen
22 comments
Information
Dear reader, to leave comments on the publication, you must sign in.