Political scientists: Putin chose the most radical solution to the Donbass 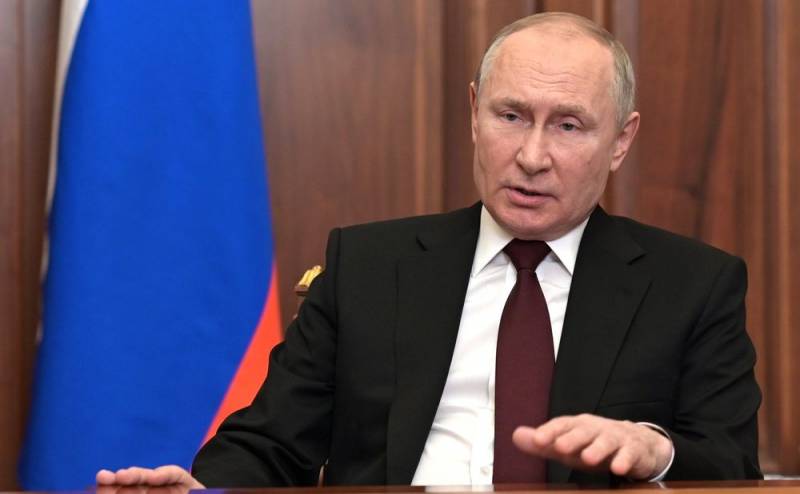 The meeting of the Security Council of Russia held the day before and the signing by Russian President Vladimir Putin of decrees recognizing the independence (statehood) of the LPR and DPR aroused increased interest in Russian society. The NEZYGAR Telegram channel interviewed a number of Russian experts to find out their opinion on what happened and forecasts about possible further consequences.

Vladimir Putin chose the most radical option to respond to the aggravation of the situation in the Donbass - the immediate recognition of the LDNR by Russia and the simultaneous signing of agreements on military-technical cooperation with the leaders of the republics
- political scientist Maxim Zharov is sure.

The expert drew attention to the fact that in his "Ukrainian speech" the Russian leader not only made an excursion into history, but also listed in detail the facts of the preparation of terrorist attacks by the Ukrainian authorities on the territory of Russia.

The simple recognition of the independence of the LDNR by Russia without the appropriate semantic support will mean the country's involvement in the war in the Donbass according to the "Afghan scenario". This is unacceptable in the current situation, so the Kremlin must show flexibility and ingenuity in explaining to the country and the world one of its key strategic decisions in the XNUMXst century
- the expert noted.

He believes that now there is a high probability of official recognition of Ukraine as a terrorist state by Russia. After that, Moscow will stop cooperating with Kiev within the framework of the Minsk agreements, and the entire militarytechnical assistance from the United States, Great Britain and other states to Ukraine will be considered sponsoring international terrorism.

This step should give thought to the countries that are now playing the role of a “third force” in the Ukrainian conflict, and thus the threat of a large-scale military conflict between Russia and NATO countries will be significantly reduced.
- summed up Zharov.

In turn, political scientist Sergei Markov thinks that with his "Ukrainian speech" the head of the Russian state shocked European leaders, who did not expect anything like that.

They believed that Putin would act like a gopnik, like a thief who wants to steal part of the territory of Ukraine. Putin, on the other hand, acts as a politician who is trying to comprehend the development trajectory of both Ukraine and Russia. Putin's speech is both an explanation of Russia's actions and a verdict on the Ukrainian elite - it is seen by Putin as traitors to his people
- he explained.

The expert noted that for the majority of citizens of Ukraine, it is the owner of the Kremlin who is the person who expresses their thoughts.

The tragedy of Putin is that he, as a philosopher on the throne, has practically no interlocutors - European policy are cultural dwarfs, and many of them are just political gopniks and temporary workers. Putin's speech is also an explanation of the crisis in which Europe found itself, because many European leaders abandoned European values ​​and culture, in fact, betrayed them
Markov summed up.
Ctrl Enter
Noticed oshЫbku Highlight text and press. Ctrl + Enter
Reporterin Yandex News
Reporterin Yandex Zen
12 comments
Information
Dear reader, to leave comments on the publication, you must sign in.