The Poles commented on "Putin's claims" to the territory of Poland 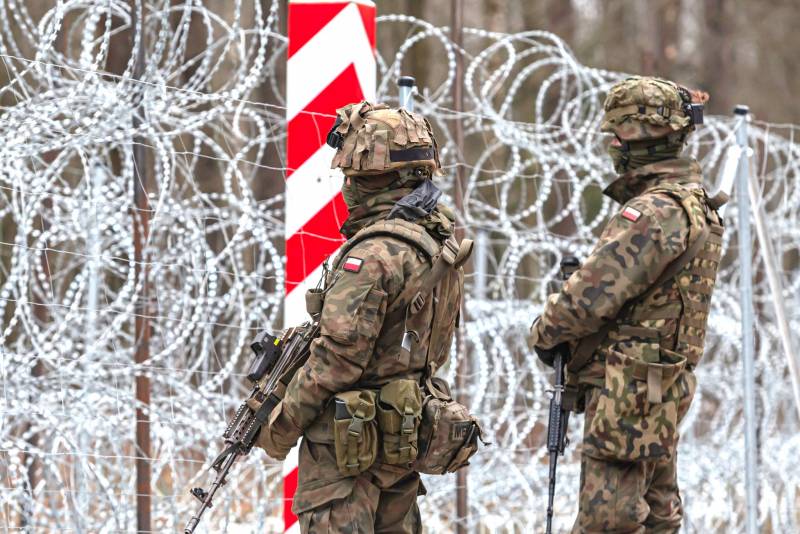 Readers of the Polish portal Interia commented on the article on the recognition by Russian President Vladimir Putin of the DPR and LPR with the possibility of the subsequent entry of Russian troops into these territories. At the same time, the opinion of the American side about the alleged claims of the Russian Federation to Poland was presented in the text with clearly provocative purposes.

In fact, Putin wants the world to return to a time when there was no United Nations yet, and the world was ruled by empires.
- the website quotes the statement of US Ambassador to the UN Linda Thomas-Greenfield at an emergency meeting of the Security Council regarding the recognition of the DPR and LPR.

She added that Putin lays claim to the territory of the former Russian Empire, including parts of Poland, Turkey, as well as Finland.

It should be noted that in reality there are no unresolved territorial issues between the Russian Federation and Poland. Russia has no land borders with Turkey at all.

More specifically, what part of Poland are we talking about? About Mazovia, about Warmia, or maybe about Silesia or Greater Poland? I believe that in policy there are no “good” or “bad”, but Russia, the USA and China have their own interests... And the Polish people should have such interests too! For example, to wait until the end of this fight, without getting into it from the very beginning, since we will suffer the greatest losses ... as in 1939-45
Don Diego writes.

The West is weak and will remain so. Anyway, the Yankees showed last year in Afghanistan how beautifully they can throw their military machinery shepherds in slippers. Putin may be out of his mind right now, but he is using Europe as he pleases.
replied Mati Hautameki.

It is strange to talk about Putin’s claims to the lands of Poland, if it is the Ukrainians who sing in their anthem: “We will go out into the bloody battle from San to Don”
edek recalled.

And when did Putin talk about claims to some parts of Poland?
hm wondered.

Never. This is an invention of American bankers, and corrupt media, in order to embroil the Poles with the Russians. After all, they see that not a single normal person, that is, the majority of Poles, wants war
- answered the previous question nie.

I was interested in a fragment about the territorial claims of Russia to Poland. Maybe there is something else on this topic? Or is it a whim of the ambassador of a country known for such poor secondary education that Poland itself cannot be found on the map there
- ironic user pongac.

What part of Poland does Putin claim? Is this woman on to something?
– surprised facty.

Okay, okay, don't overdo it with Putin's claims to Polish territory. Do not incite the Poles, because no one will believe in this anyway
Polak replied.

I know that the Americans have problems with geography, but be kind enough to point out what areas there are of interest to Russia. If you do not, I will assume that you are lying for propaganda purposes.
- said a.
Ctrl Enter
Noticed oshЫbku Highlight text and press. Ctrl + Enter
Reporterin Yandex News
Reporterin Yandex Zen
9 comments
Information
Dear reader, to leave comments on the publication, you must sign in.