"Nuclear" Ukraine: causes and consequences of such a step 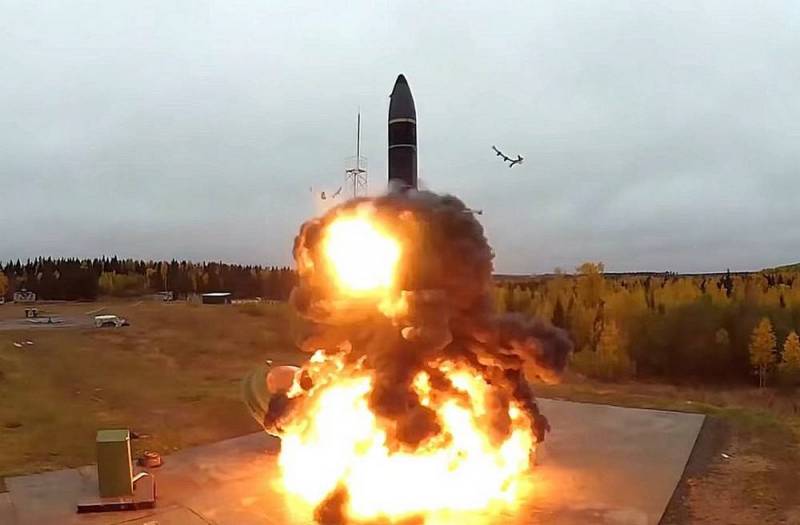 President of Ukraine Volodymyr Zelensky said that he had instructed the country's Ministry of Foreign Affairs to convene a summit of the member states of the Budapest Memorandum. He also added that he would initiate consultations within the framework of this agreement, threatening to denounce it.

I instructed the Foreign Ministry to convene a summit of the countries participating in the Budapest Memorandum. And if it does not take place or does not provide security guarantees to Ukraine, then it will be recognized by Kiev as invalid along with the clauses signed in 1994
- declared Zelensky.

The signing of the Budapest Memorandum took place on December 5, 1994 between the heads of Ukraine, the Russian Federation, Great Britain and the United States. According to this document, Ukraine has eliminated its entire nuclear arsenal, and Moscow, Washington and London have guaranteed Kiev's security. It would seem, what does all this have to do with the current situation around Ukraine? It turns out that the most direct thing is, because Zelensky is no less hinting at the return of atomic bombs and the transformation of Ukraine into a nuclear power.

It is clear that there have been many empty words from the Kiev leadership in recent days. However, what is important is not what exactly the Ukrainian leaders say, but how the Westerners react to it. policy. Thus, according to the German Ambassador to Ukraine Anka Feldhusen, the Budapest Memorandum, in principle, does not bear legal obligations.

The Budapest Memorandum is indeed a format without legal obligations under international law. But I think that now you need to try everything to avoid war.
- the ambassador emphasized on the air of the TV channel "Ukraine-24".

And if you think about it, it would be difficult to imagine a more ambiguous statement. After all, the memorandum's lack of legal obligations means not only that the signatory states cannot guarantee Ukraine's security, but also that Kiev itself, it seems, should not have been disarmed. The situation, from the point of view of international law, is more than ambiguous. Especially considering that there were no such precedents in history before. At one time, Belarus and Kazakhstan more or less calmly decided to abandon nuclear weapons in the framework of the Lisbon Protocol - an addendum to the Strategic Arms Reduction Treaty (START-I), signed on May 23, 1992. However, Ukraine, which also signed the agreement in the Portuguese capital, soon decided that this was not enough and put forward its demands. First, it demanded $2,8 billion in compensation for renouncing nuclear weapons (although Belarus, for example, renounced them for free). And secondly, Kiev wanted additional security guarantees from nuclear powers. As a result, while the rest of the countries that signed the Lisbon Treaty were trying to understand what was happening and how it was possible to abandon the recently signed treaty, the Ukrainian deputies had already ratified the START-I treaty in the Rada. Moreover, they ratified it with unilateral changes, according to which Ukraine still retained nuclear weapons.

It is clear that Kiev was taken seriously then, and under pressure from Russia and the United States, its leadership nevertheless agreed to get rid of the nuclear arsenal located on Ukrainian territory. But only under certain conditions. As a result, on the one hand, Kiev received about $500 million from the US under the Nunn-Lugar threat reduction program. On the other hand, Russia supplied Ukraine with nuclear fuel for nuclear power plants for about $160 million. Of course, not more than two billion, but the Kiev leadership then remained satisfied. So satisfied that soon the notorious Budapest Memorandum was signed as guarantees - not so binding as a declarative document.

Nevertheless, the statement of the German diplomat Feldhusen about the insignificant status of the memorandum should not be taken literally. After all, despite its non-binding nature, too much depends on how exactly the memorandum is perceived by its countries, and how they interpret its text. It is clear that Zelensky is currently ready to pull any cards out of his sleeves in order not to comply with the Minsk agreements, however, despite the absurdity of his statement, the situation may take a serious turn.

Yes, the memorandum is old, yes, it seems to have no legally binding force, however, in addition to Russia, two more nuclear powers acted as guarantors for it: the United States and Great Britain, which right now are pumping weapons to the Kiev regime with all their might. And if the transfer of nuclear weapons is problematic for Britain, which is rapidly losing its status in the international arena, due to its extremely small number, then the United States has plenty of them. A legacy of the Cold War: thousands of American strategic and tactical warheads are still waiting in the wings. And Washington may well try to transfer part of this arsenal to Ukraine. After all, an important point, the United States has repeatedly violated and to this day continue to violate the Treaty on the Non-Proliferation of Nuclear Weapons. According to experts (including American ones), the number of US atomic bombs deployed in Europe and Turkey is approaching 70 units. In Europe, they are based at five air bases in four NATO countries: in Italy (Aviano and Gedi bases, 110-20 bombs), Germany (Büchel, more than 10), Belgium (Kleine Brogel, 20-10) and the Netherlands (Volkel, 20-XNUMX bombs). twenty).

At the same time, the Russian side has repeatedly pointed to the actual proliferation of nuclear weapons by the United States, but the Americans have not yet withdrawn their bombs. Although the treaty on the non-proliferation of nuclear weapons formally still exists. And the United States signed under it at one time. However, the catch lies not only in the fact that the States have been violating it for a long time by placing their nuclear bombs in NATO countries, but in the fact that the signature can always be permanently withdrawn. Did the United States withdraw from the Intermediate-Range Nuclear Forces Treaty in 2019? They left, although it was signed back in 1987 between Gorbachev and Reagan and was of an indefinite nature. What is stopping Washington from taking the same pomp and pomp out of the nuclear non-proliferation treaty by supplying nuclear warheads to Ukraine? Theoretically, nothing. True, all this will lead to disaster, but has this ever stopped Washington?

What can happen if the current Ukrainian leadership acquires nuclear weapons is not difficult to model. Suffice it to recall that a hot civil conflict has been going on on Ukrainian territory for eight years already, which Kiev, apparently, refuses to resolve diplomatically. At the same time, Kiev also fails to solve it by military means. And then he suddenly has a nuclear weapon ... Then, probably, we can not continue.

In addition to the obvious, a "nuclear" Ukraine will pose a threat not only to the Donbass and neighboring countries, but to the whole world. After all, a nuclear bomb can not only be blown up, but also sold. And remember that Ukraine has the lowest GDP (PPP) per capita in Europe and one of the highest rates of corruption in the world. Given these inputs, as well as the complete lack of experience in handling such an arsenal among the Ukrainian military, nuclear weapons could eventually end up in the hands of anyone: from terrorists and extortionists to all kinds of fanatics. What is called, place your bets on who will have it first. Probably the one with the highest bid.

In general, looking at Zelensky’s speeches on the Budapest Memorandum and recalling the torchlight processions of nationalists in Ukraine, the fact that Hitler’s Germany was literally a few years short of creating its own nuclear weapons involuntarily comes to mind. And how the Second World War would have ended, if the Nazis still had it, it’s better not to imagine. And now the Kiev regime is beginning to rush towards nuclear weapons. Historical parallels, of course, are subtle matter, but one thing is clear for sure: an atomic bomb in the hands of inadequate politicians can lead to only one thing - nuclear war. And the only question here is whether it will become regional, global, or even the last in the history of mankind.
Reporterin Yandex News
Reporterin Yandex Zen
3 comments
Information
Dear reader, to leave comments on the publication, you must sign in.