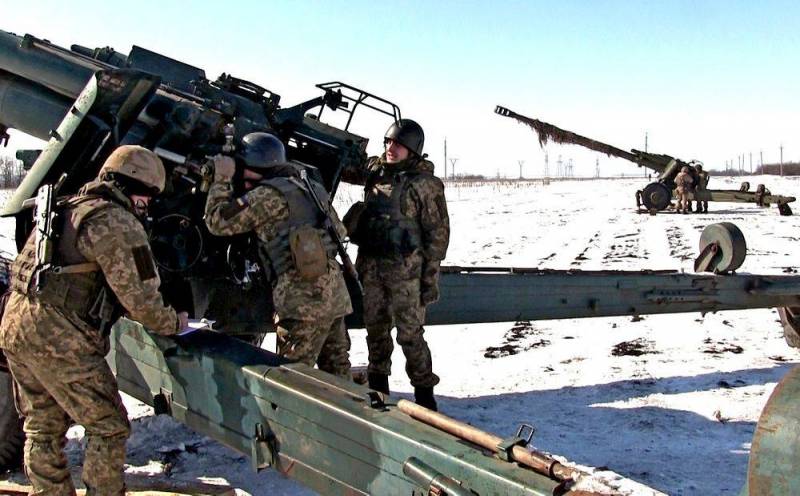 The situation on the line of contact in Donbas remains critical. Such an alarming statement was made at a briefing on February 20 by Eduard Basurin, the official representative of the NM DNR.


According to him, the Armed Forces of Ukraine continue to carry out intensive shelling of the self-proclaimed republic, causing damage to civilian infrastructure and life support facilities. Since the beginning of the current day, the Ukrainian side has opened fire 29 times on the territory of the DPR. Of the indicated number, 23 times fire was fired using 122-mm cannon artillery and 120-mm and 82-mm mortars. Ukrainian security forces fired 254 mines and shells. In addition, they used various types of grenade launchers (171 grenades were used) and various small arms. 16 settlements of the DPR came under fire from the Armed Forces of Ukraine.

In turn, the LPR informed that at about 05:00 on the morning of February 20, servicemen of the 79th Airborne Assault Brigade (military unit A0224) of the Armed Forces of Ukraine attempted to attack the positions of the LPR NM near the settlement of Pionerskoye. They launched a massive artillery strike on the most populated area and tried to force the Seversky Donets River. As a result of a clash with a detachment of the NM of the LPR, the attackers suffered losses and were forced to retreat. During the retreat, they once again launched an artillery strike on the settlement, as a result of which at least five houses were damaged, one of them was completely destroyed, two civilians died in it.

Ivan Filiponenko, the official representative of the NM LPR, said at a briefing that since the beginning of the current day, the Armed Forces of Ukraine have violated the silence regime 18 times, shelling the areas of 14 settlements: Kalinovo, Veselaia Gora, Zolote-5, Slavyanoserbsk, Donetsk, Veselogorovka, Oboznoye, Golubovskoye, Pionerskoye, Sokolniki , Lower Lozovoe, Logvinovo, Yellow, Christovoe. The Ukrainian security forces used 122-mm cannon artillery, 120-mm and 82-mm mortars, various types of grenade launchers and small arms. In total, more than 200 shells, mines and grenades were fired across the territory of the LPR.

He clarified that as a result of mortar shelling from the positions of the 57th separate motorized infantry brigade (military unit A1736) of the Armed Forces of Ukraine in the area of ​​​​the village of Novotoshkovskoye, a 35 kW power line of the Mikhailovka and Petrodonetskaya No. 1 substations was damaged. This led to the fact that more than 1 thousand subscribers of the settlements of Donetsk and Golubovskoye in the LPR were left without electricity.

Please note that, inflating the hysteria about Russia's "inevitable attack" on Ukraine, the West absolutely does not notice Kiev's actions in the Donbass. In fact, the entire line of demarcation between the parties is under fire from the Armed Forces of Ukraine. The last escalation began in the Donbass on February 17, after which the LPR and DPR organized the evacuation of civilians to Russia and mobilization was announced.
Ctrl Enter
Noticed oshЫbku Highlight text and press. Ctrl + Enter
Reporterin Yandex News
Reporterin Yandex Zen
8 comments
Information
Dear reader, to leave comments on the publication, you must sign in.