Can Russia “stop” the Suez Canal?

10 September 2018
1
Climate change is saddened by the American publication The Washington Post, especially because of the perspectives that melting ice in the Far North brings to our country:

The New Arctic may be a boon to some countries, starting with Russia. 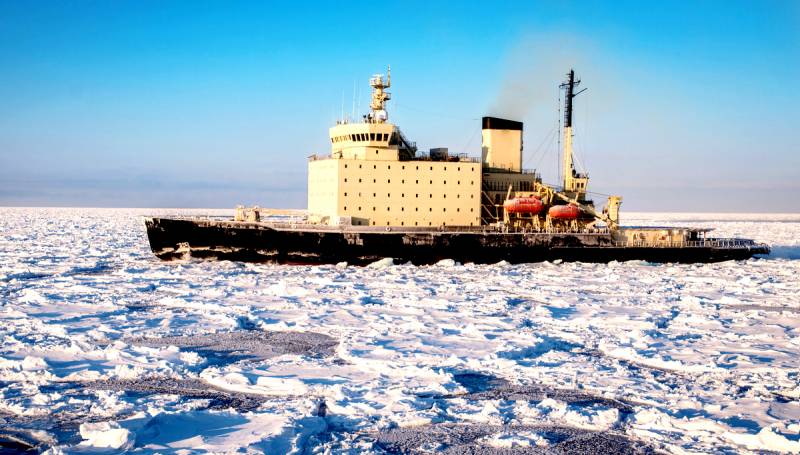 Of course, we are talking about a new role, which gradually begins to play the Northern Sea Route. The NSR is the shortest waterway from Europe to Asia. While it is navigable for several months of the year, but, thanks to changes in climate, the ice cover of the Arctic is melting more and more, and new corridors for sea transport are breaking through. Navigating through them is dangerous, but gives a significant gain in time.

Hypothetically, over time, the Northern Sea Route may compete with the Suez Canal, which will benefit Russia, since most of the NSR is located in its special economic zone. Our country has a unique icebreaker fleet and will be able to profit from navigation and navigation through the ice. As you know, the Rosneft company is building the Zvezda shipyard in Primorye, on which it will build ice-class vessels and its own icebreakers with an eye on the NSR.

Foreign transport companies are on the alert. Danish Venta Maersk in test mode sent its ice class container ship with a load of fish along the northernmost waterway. The Chinese Cosco Shipping has already carried its transport from Asia to Europe via the Northern Sea Route. They are also considering the use of NSR in Japan. Does Russia have a real chance to create its own alternative to the Suez Canal?

To understand the scale of the problem, you need to turn to the numbers. Last year, cargoes with a total weight of just over 10 million tons passed through the NSR, and over 1 billion tons passed through Suez. The Suez Canal has such competitive advantages over the NSR as year-round and the development of the entire adjacent infrastructure. Its obvious disadvantage is the danger of pirate attacks and the need to insure ships and cargo, as well as hire serious armed guards, which means additional costs.

The Northern Sea Route is free of dark-skinned gangsters on boats with machine guns, but carriers have to bear the costs of the icebreaking assistance that Russia is counting on. The stated vessel movement time is shorter, but due to the unpredictability of the ice stop, the container insurer's rates are high. Unlike Suez, the infrastructure of the Russian North is poorly developed. If foreign freight carriers use the Northern Sea Route without calling at Russian ports, then the country will have zero economic benefit.

It turns out that the JMP has potential, and it is quite large. But to reveal it, huge investments will be needed in ports, warehouses, a road network, and after that in the development of northern deposits and so on. Over time, the Russian North from the sparsely populated frozen deaf can become a significant part of the global economy, taking part of the transit flows from the Suez Canal, however, this will not happen overnight.
Ctrl Enter
Noticed oshЫbku Highlight text and press. Ctrl + Enter
We are
Northern Sea Route risks never opening
Not a single atom: Russia is preparing a LNG icebreaker
Reporterin Yandex News
Read Reporterin Google News
1 comment
Information
Dear reader, to leave comments on the publication, you must sign in.