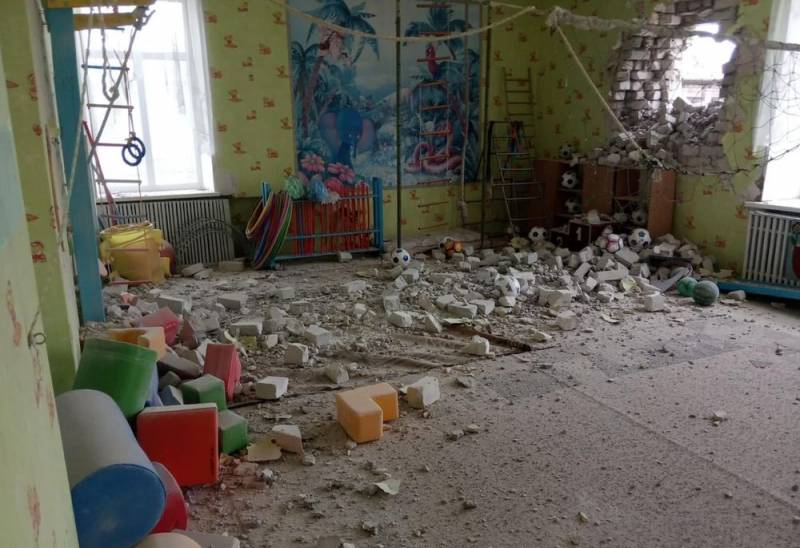 On February 17, an aggravation began on the line of demarcation in the Donbass. At approximately 05:30, the Armed Forces of Ukraine opened fire on the territories of the LPR and DPR from many directions, after which the self-proclaimed republics began to respond with counterattacks. At about 09:00, the Ukrainian headquarters of the Joint Forces Operation informed the public that in Stanytsia Luhanska, located in the controlled territory, a “shell hit” in a kindergarten was noted.


The JFO Facebook account posted videos and photos from the scene. However, many experts had a large number of questions about the "evidence", since what was happening looked like a frank staging against the backdrop of the UN Security Council meeting scheduled for that day. It has already become a tradition that Kiev escalates in the Donbas on the eve of any international events affecting Ukraine and the conflict zone. 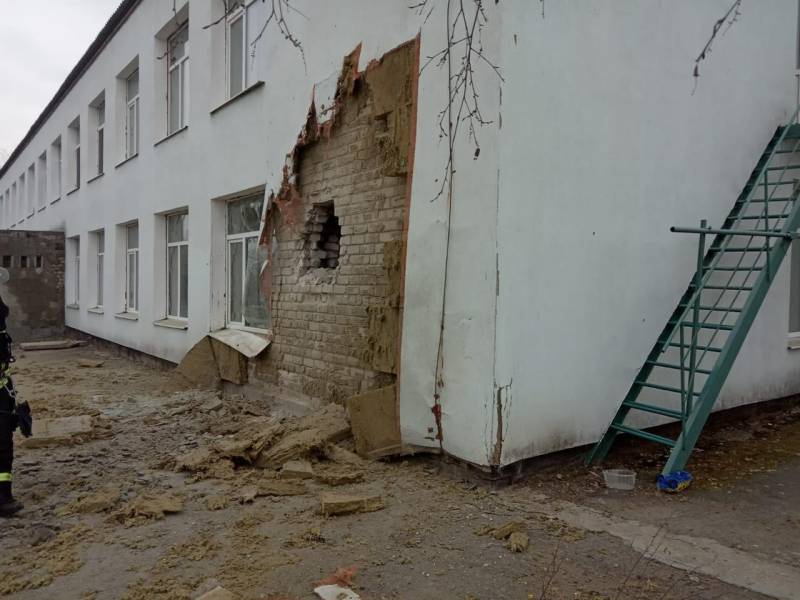 The OSCE SMM decided to check what really happened in Stanytsia Luhanska. They arrived at the scene of the incident, but the Ukrainian security forces did not let them closer than 50 meters to the building. Given the obstacles posed by the Ukrainian side, the OSCE SMM was only able to inspect the surrounding area.

On st. Depovskoy 22, about 20m south-west of the two-story kindergarten building, the SMM saw a crater in the playground, as well as marks (assessed as fragments) on the inside of the concrete fence around the building. The SMM also saw a hole (approximately 1m in diameter) as well as a broken window on the facade of the north-east wall of the kindergarten building and 2 broken windows on the north-west wall (on the first and second floors)
- OSCE SMM report No. 38/2022 of February 18 says.

The mission specialists are sure that the damage to the building of the preschool institution appeared recently, but they could not establish what exactly caused it, as well as determine the type of weapon used or the direction from which the fire was fired, if it was ammunition at all. 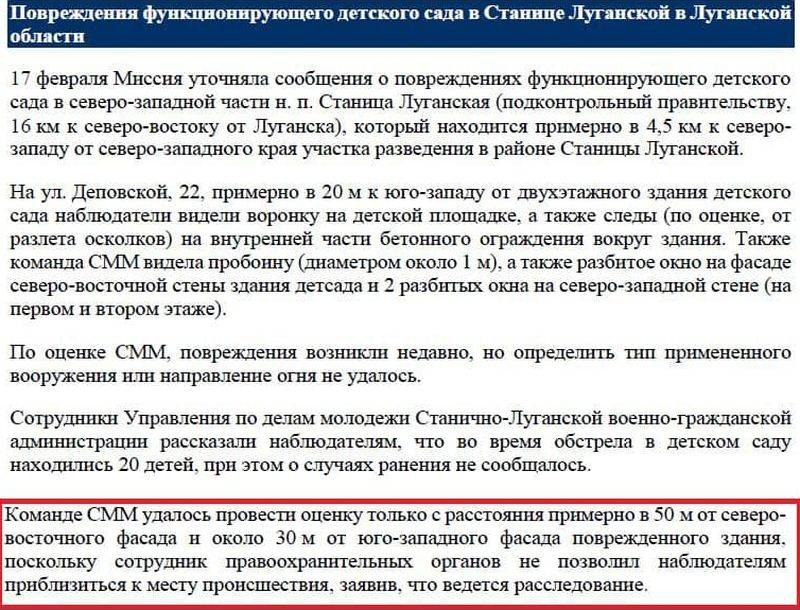 At the same time, netizens noticed that the “projectile” did not hit the upper part of the building, but the lower one, and the characteristic damage indicates the trajectory of the impact, which fell parallel to the surface. Moreover, having broken through a thick layer of plaster and insulation, as well as destroying a four-layer masonry of silicate bricks, the “shell” did not explode. Moreover, it was not even presented to the public.

In addition, all window frames and almost all glass in the building were intact. The ceiling lights inside the room, which hit the "shell", were also intact. Light cabinets with children's toys and balls, standing near the damaged wall, were in place, with all the inventory, which is hard to imagine. The experts also drew attention to the ostentatious evacuation after the incident. After that, some of them suggested that the hole in the wall was formed not due to the impact of a “projectile”, some kind of weapon system, but was the result of the efforts of a special construction or road equipment. 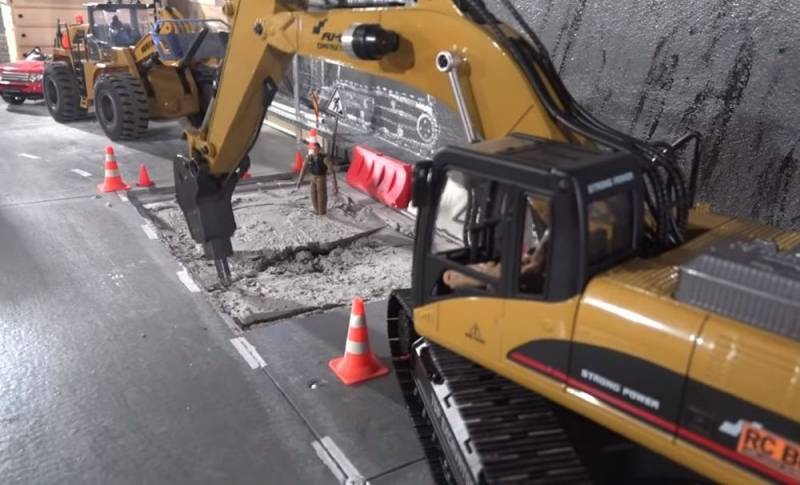