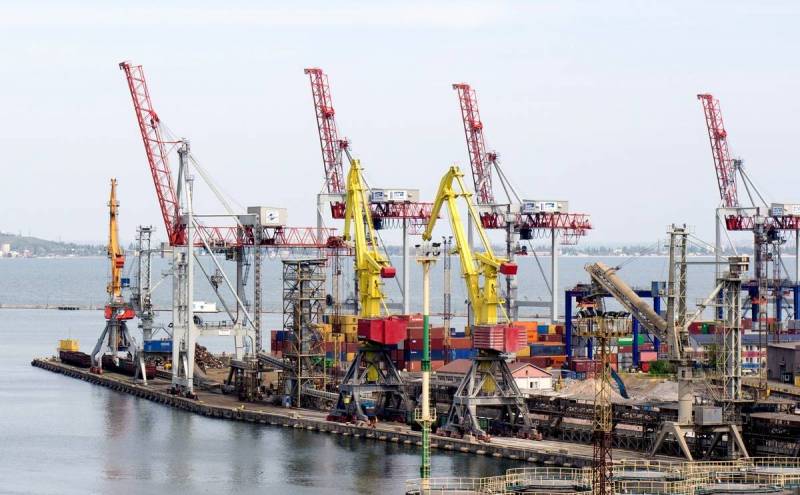 Another Baltic republic has committed an extremely harmful act for itself. Following the two "sisters", Estonia banned the transit of Belarusian oil products through its territory. In Minsk, they are already counting losses, while in Moscow they are rubbing their hands with satisfaction. But why this frank economic did Tallinn, Riga and Vilnius need masochism?


As you know, the basis of Belarus' foreign exchange earnings is the export of mineral fertilizers and various petroleum products obtained by distillation of Russian raw materials, as well as oil itself. The best punishment for the “mustachioed dictator” for alleged violations of human rights was considered by the collective West to be economic sanctions aimed at depriving Minsk of foreign exchange in order to further destabilize the ruling regime, overthrow it and send Belarus to a “bright future” according to the Ukrainian recipe.

Most of all, the Balts neighbors have gone to great lengths here. Lithuania, feigning fear of the recently launched BelNPP and actively supporting "President Sveta" Tikhanovskaya, was the first to close the transit of Belarusian oil products and potash fertilizers through its ports. Following it, the export channel for Belarusian fertilizers was blocked by Latvia. True, so far Riga still continues to transship oil products from Belarus through its ports. How long?
In December 2021, Latvian customs officers did not allow 383 tons of Belarusian oil products to cross the border. Interestingly, the US Department of the Treasury actually intervenes directly in these commercial affairs, which issued a license to carry out, until December 8, 2021, the transactions necessary to curtail cooperation with Belaruskali or any enterprise in which the company directly or indirectly owns 50% or more shares. Americans are prohibited from concluding new contracts with them, all assets of Belaruskali in the United States are subject to blocking.

Now small but proud Estonia has stepped in. It turned out that a third of the export volumes of Belarusian oil products, which previously fell to Latvia, moved to Estonian ports for the above reasons. Literally from zero to 150 tons, the volume of transit of goods with the code “000” from Belarus jumped, which include benzene, xylene, toluene, phenolic oils, naphthalene oils and crude naphthalene, solvent naphtha, creosote oils and other refined products. A journalistic investigation immediately appeared, which revealed this “blatant fact”, raising a wave of “popular anger”. The head of the Estonian government, Kaja Kallas, demanded to block the transit of oil products to Minsk through its ports:

We have decided to impose additional sanctions against Belarus and stop the transit of oil products under customs code 2707 through Estonia.
And this despite the fact that this category of goods is not legally under Western sanctions. That is, it is pure political solution. But what do the small and poor Baltic republics generally count on, voluntarily giving up a guaranteed source of income?

The total direct losses of transit Lithuania with its ports, terminals and railways from the loss of Belarusian exports could amount to hundreds of millions of dollars. But it is also necessary to take into account indirect ones, which include the reduction of jobs in this poor country and the decline in consumer demand. The same, albeit to a lesser extent, applies to Latvia and Estonia. The share of Belarusian transit accounted for about 11-12% of the income of the Estonian railway company Eesti Raudtee, 15% of the revenue of the carrier Operail and 9% of the total turnover of the port of Tallinn. All these are very significant figures of losses that the Baltic countries will not be able to compensate for on their own. Then what do they expect?

Probably, Vilnius, Riga and Tallinn, having proved their intransigence to the "dictatorial regime" of President Lukashenko, hope to receive financial support from their senior comrades in the collective West. Nothing else can explain this economic masochism. But will they get it? Is not a fact. Rather, their territory will eventually host all the new contingents of the NATO bloc, and even American strike weapons, and then the Baltic states will turn into one big target for the Russian Defense Ministry.

The reverse side of the destructive foreign policy of the former Soviet republics is the further forced rapprochement between Belarus and Russia. Previously, "Batka" in every way evaded Moscow's calls to transfer its exports to our ports in the Leningrad region, denying a longer transport arm and defiantly ignoring proposals to compensate for railway tariffs. There are rumors that Minsk was not interested in showing the Russian customs officers what is actually there and in what volumes it is exported through the Baltic ports from the products of our oil processing.

Now all these transit schemes are coming to an end. Let's face it, this will not bring any special economic benefit to Russia, but the political one is obvious. Belarusian friends and partners have nowhere else to go, you can no longer speculate on the topic of “pivot to the West”. The integration of the Russian Federation and the Republic of Belarus within the framework of the Union State becomes uncontested.
Ctrl Enter
Noticed oshЫbku Highlight text and press. Ctrl + Enter
Reporterin Yandex News
Reporterin Yandex Zen
20 comments
Information
Dear reader, to leave comments on the publication, you must sign in.