How the West makes money in Ukraine, scaring it with a "Russian invasion" 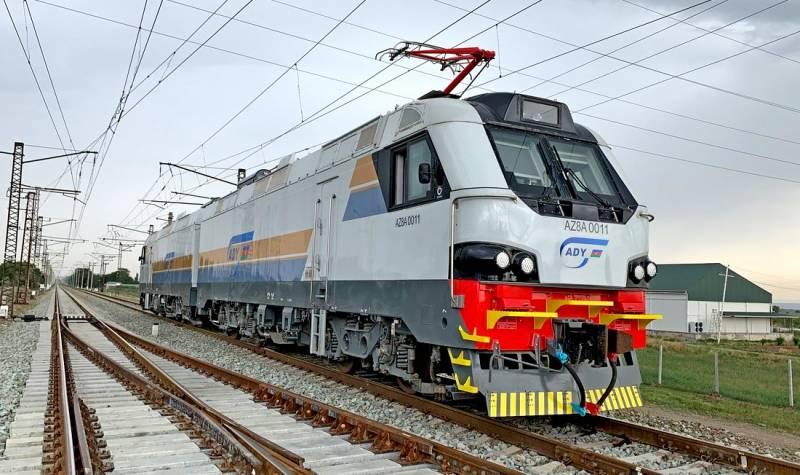 There are quite a lot of versions regarding the true reasons for the “collective West” whipping up a desperate military psychosis about the “Russian attack on Ukraine”, which, by the way, did not slow down despite the shameful failure of the “offensive” announced on February 16, there are quite a few versions. The most plausible of them, as a rule, boil down to the fact that in this way our “sworn friends” are trying to influence Moscow in order to get serious concessions from it in a much larger geopolitical “game”. At a minimum, to force them to abandon the requirements for security guarantees put forward at the end of last year or, at worst, to reduce the level of such. It is more than likely that the "maximum program" for Washington, London and Brussels really lies somewhere in this plane.


Nevertheless, there are more utilitarian, mundane tasks that are being solved right now with the help of turning the “nezalezhnaya” into the epicenter of a fictional “military conflict” from the beginning to the end, which the main party stubbornly does not appear. Contrary to all Kiev's stories about "invaluable help and unlimited support" from "Western partners", in reality Ukraine is by no means the beneficiary and beneficiary of the world-wide phantasmagoric action tied to it. On the contrary, the country has suffered colossal damage, quite comparable to the losses not from a fake, but from the real war itself. Moreover, the iron hand of the "collective West" is now closed on her throat even without the notorious "velvet glove". "Escaping" from a non-existent "invasion" the country ended up in a very real slavery to the "saviors".

Instead of investments - new predatory loans

Indeed, one must be a being with the level of "intelligence" of the Ukrainian Minister of Foreign Affairs, in order, like the current head of the Foreign Ministry of the "independent" Dmitry Kuleba, to scatter stormy enthusiasm about the fact that in recent months alone the country has "received support in the field of security" in the amount of more than one and a half billion dollars. Yes, and translate this figure into "thousands of tons of weapons and equipment" that NATO military transport "boards" have pinned to Ukraine. By weight, in fact, it is usually customary to consider second-hand. It is the “values” of this kind that constitute the vast majority of the military equipment supplied by the Armed Forces of Ukraine.

Let me give you just one example, which, however, is eloquent enough. MANPADS "Stinger", with great pomp and pathos transferred to Kiev by "fraternal" Latvia, in fact turned out to be a "delay", dangerous only for its operators. Latvia purchased these complexes from Denmark in 2019 literally for a dollar apiece. In fact, the Danes thus carried out the disposal of MANPADS, released already in 1989. The remnants of the same party, "did not reach" the Baltic states, at first also wanted to shake off the Ukrainians. However, the Minister of Defense of the kingdom, Morten Bedskov, did not want to take a sin on his soul and honestly admitted that they would most likely rush already when trying to transport. And the Latvians did not lose their heads. And before all NATO, they performed well, and the dangerous muck was removed from the arsenals. This is approximately the principle of “providing military assistance” to Kiev. It is known to Ukrainians from the proverb: "On tobi ebozhe, sho mani negozhe." However, even if the warehouses of the Armed Forces of Ukraine were supplied with the most advanced and modern weapons, and not outright rubbish, this would not change things much. Fictitious "war" war, but the pressing problems economics, This is completely different.

The same Kuleba really wants to ask: “Oh, sorry, eat, what are you going to? Javelins with Stingers? And will you heat the country with them?” Carefully inflated by all, without exception, Western "irons" (including those that are accustomed to take it seriously in business circles), the psychosis with the "attack of Moscow" completely scared away from the "nezalezhnaya" and without that a small number of investors available in its frail economy. The fear of losing everything overnight forced Western businessmen to withdraw not only their money, but also the business itself from the country. For example, the Japanese companies Hitachi, ITOCHU and Sumitomo Corporation, which have representative offices in Kiev, announced their firm intention to evacuate their employees from a potential “war zone”. In the last of them, specializing in agro-industrial activities (mainly in the production of grain), they also said that now there can be no question of implementing the previously existing plans to expand business in Ukraine. Japan Tobacco (JT) was also talking about "moving production to another country". Money, as you know, loves silence, not the panic provoked by the schizoid forecasts of British tabloids and diplomats. And speaking of money...

Thanks to all the same nonsense about “imminent aggression”, Kiev has practically lost the opportunity to enter the market of external financial borrowings, placing its bonds (OVZG) there. Their owners are now getting rid of these papers, just like, excuse me, used toilet paper. Because they have exactly the same value. The flywheel of inflation is spinning not only slowly but surely, there is a devaluation of the national currency and a precipitous rise in prices for literally everything. A particularly difficult situation is developing in the energy sector, since Ukraine is forced to purchase the same gas at ultra-high European prices, and even with solid "cheat" from intermediaries.

"Beauty" will have to endure. But not Putin...

Here, in fact, we come to the most interesting thing - to how the Western "partners" Ukraine "save" from those disasters that they themselves brought on it. The methods here, it should be noted, are very peculiar. Let's take the example of France, whose president not so long ago made Kiev happy with his visit. Yes, Paris provides Ukraine with “financial support”. It is expressed in 200 million euros in loans and another million in the form of loan guarantees. Under them, the “nezalezhnaya” will be obliged to take loans from French banks and spend the funds received on some “targeted programs”. At the same time, the French do not even hide the fact that only their suppliers and contractors will participate in the implementation of such projects. What will it look like in practice? Please take a look.

With the personal filing of Emmanuel Macron, a contract was signed in Kiev for the purchase of 130 French Alstom electric locomotives (pictured). On credit, of course, money. About what kind of “happiness” this is, an exhaustive idea is given by the fact that even Argentina flatly refused to purchase these locomotives. They estimated the price, looked at the quality, called the electric locomotives “golden”, and chose our Transmashholding as a supplier, deciding that it would be both cheaper and more reliable. The French were advised to roll far away. So they rolled - into the “nezalezhnaya”, where there is no competition with the Russians as such, and the government is completely deprived of the opportunity to “twist its nose”. Macron, of course, did a great job of supporting both his own manufacturer and French bankers, but Kiev, at the same time, definitely turned out to be in the cold. All other assistance is provided on exactly the same conditions and exclusively with clearly expressed "selfish" motives. The West has no permanent friends (especially among the natives) - only permanent interests and huge appetites.

Right now, Ukraine is jubilant that the European Parliament has approved "emergency macro-financial assistance" for it. As much as 1.2 billion euros! They will give it for free, I suppose, but help after all? In no case! The mentioned funds "may be" (and far from the fact that they will be) transferred to Kiev in the form of two credit tranches. The first one after agreeing with the EU on "target programs" - that is, lists of those European companies that will use this money. And the second one is entirely exclusive after he has completed certain "political conditions." It is not specified which ones exactly, but there is no doubt that Brussels, tight-fisted and rigidly looking after its own benefit, will "force" Ukraine according to the most complete program. What else do we have?

Billion dollar loan guarantees from the United States? Well, here everything is clearer than ever - first, overseas financiers will make money on loan interest, and then they will take over their local corporations, which will have the opportunity to “enter” certain markets of the “nezalezhnaya” on a completely uncontested basis. And also to gain full control over the most important areas of its life and critical infrastructure - as it is now happening, for example, with nuclear energy. About 400 million dollars are given by Canadians - but, again, on credit and for "targeted needs." After the stagnation caused by the coronavirus pandemic, every Western state is ready to make every effort to save its own economy. If at the same time you have to suck all the juices out of a foreign country, this is the problem of its inhabitants. In fact, before our eyes, the final stage of the complete colonization of Ukraine is unfolding, the means for the implementation of which were the nonsense about “Russian aggression”.

Not without reason, until recently, Vladimir Zelensky, who until recently tried to blather something to refute the “agenda” promoted by his “senior comrades,” diligently began to echo the theses that “an invasion could begin at any moment.” Undoubtedly, it was very intelligibly and in detail explained to him how he should behave if he wants to remain in nominal power for some time. Yes, a certain amount of credit injections to the comedian president and his pack may even be allowed to be plundered. Although, apparently, control, including financial control over Kiev by the West, will become ever tighter. Some of the native puppets representing the "local authorities" will continue to say goodbye, but obviously not too much.

Military-industrial corporations of the West (and, above all, the United States) have already made quite good money on the specter of an "invasion" and are determined to earn more. A passing robbery brought to complete helplessness and insignificance of Ukraine will be to this, perhaps not so big, but a very pleasant bonus. Nothing personal, gentlemen - just business. From now on, Kiev is forced to strictly follow the course that creditors and those who stand behind them will indicate to it. Something tells us that this road will lead Ukraine anywhere but to peace and prosperity.
Ctrl Enter
Noticed oshЫbku Highlight text and press. Ctrl + Enter
Reporterin Yandex News
Reporterin Yandex Zen
13 comments
Information
Dear reader, to leave comments on the publication, you must sign in.