War may be the easiest solution to the global crisis 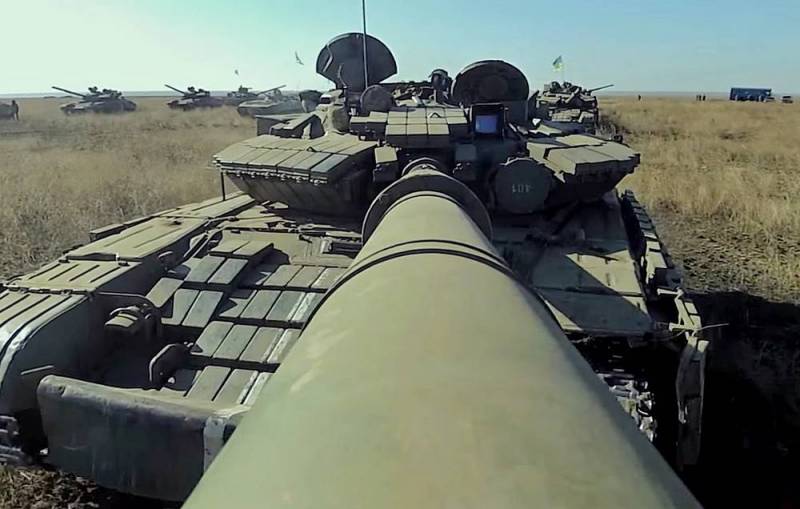 Nobody wanted war. War was inevitable. And we are not talking about Ukraine now. The complex of problems accumulated around the world is now such that a regional armed conflict, where the vanquished is "bent down" by a friendly crowd and appointed as the last for everything, obliging to pay indemnities, is becoming extremely desirable. The war will allow for debt relief and restart the Western the economy, putting it on a military footing. What gives us reason to believe so?


Among the main prerequisites for today's economic crisis are the coronavirus pandemic that hit an unprepared humanity in 2020, a false start with the transition to renewable energy sources, as well as the ensuing energy crisis of 2021. Many experts call the next crisis the food crisis. This is the price of globalization, as everything is now tightly interconnected.

As you know, the pandemic restrictions of 2020 have sharply reduced the volume of consumer demand and industrial production. Accordingly, the consumption of all types of resources has fallen. Gas at European hubs fell in price to $30 per 1 cubic meters, while oil for some time reached previously unheard-of negative quotes. However, the very next year, China was the first to raise its head, followed by the rest of the countries of the Southeast Asian region. Thanks to intensive financial support, the United States and the European Union are being restored.

Here the West's premature bet on "green" did its dirty deed. The post-pandemic year turned out to be unusually cold and at the same time low-wind. This, in particular, led to colossal consequences in the southern American state of Texas, where the arctic cold suddenly invaded. It was also unusually cold in Southeast Asia, where gas prices began to skyrocket, drawing the attention of LNG exporters away from Europe. In Brussels, they created problems for themselves by continuing to drag out the process of certifying the Russian pipeline Northern Optok-2, which was supposed to supply up to 55 billion cubic meters of "blue fuel" to the Old World. Gazprom's refusal to export gas volumes to the EU in excess of those stipulated in the contracts led to the fact that the cost of 1 cubic meters crossed the $1 mark, breaking all previous records. Today, the level of occupancy of European underground gas storage facilities is only 35%.

Oil has also risen in price to a level of over $90 per barrel, which is the highest since 2014. It is also problematic to simply increase production again, because against the backdrop of a “green” agenda, oil companies are afraid to make significant investments. Extreme price tags for energy resources have played a cruel joke on all other sectors of the world economy.

So, in 2021, metals began to rise sharply in price. Expensive oil and gas have led to an increase in prices for electricity for their smelting, as well as motor fuel for transportation. This, in turn, led to an increase in the cost of construction and industrial production. The London Metal Exchange, for example, is currently experiencing a severe shortage of copper and aluminum. Metallurgical enterprises in Europe and Southeast Asia have significantly reduced their smelting volumes due to high electricity prices. Stopping the work of aluminum smelters will objectively lead to an increase in the cost of a wide range of goods: from airliners to banal packaging.

But if you can still somehow live without buying a new Boeing, then there is no way without food. According to the Food and Agriculture Organization of the United Nations (FAO), global food price increases averaged 2021% in 28,1. This is the largest price increase in recent years. For example, corn increased in price by 44,1%, wheat - by 31,3%, sugar - by 37,5%, butter - by 65,8%, meat - by 12,7%, dairy products - by 16,9, 2022%. Grain indicators were affected by local crop failures and centralized purchases of wheat for reserves by the authorities. In XNUMX, the harvest may turn out to be even worse, and the cost of its production will be much higher. Expensive gas led to a decrease in the production of nitrogen fertilizers, and expensive oil - an increase in the cost of motor fuel and fuels and lubricants. The packaging will rise in price even more, the costs of retail chains and carriers will increase.

All this is a truly explosive mixture that can explode at any moment. Recall that the beginning of the "Arab Spring" was preceded by a significant increase in the cost of food, and then one match was enough to blaze the whole region. One after another, the seemingly unshakable Middle Eastern regimes fell.

Today, the situation is perhaps much worse, since not only residents of Third World countries, but also quite prosperous Europeans and Americans are suffering from the consequences of the economic crisis. To some, war may seem like the simplest solution.
Ctrl Enter
Noticed oshЫbku Highlight text and press. Ctrl + Enter
Reporterin Yandex News
Reporterin Yandex Zen
7 comments
Information
Dear reader, to leave comments on the publication, you must sign in.