Russia may face another war in Central Asia 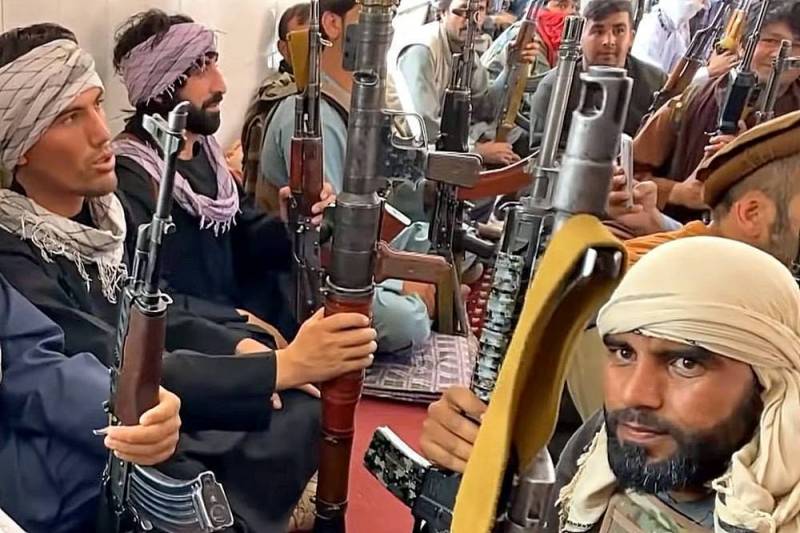 Against the background of the aggravation of the situation around Ukraine, more and more alarming news start coming from the east. First, an American submarine demonstratively “lit up” in the area of ​​​​the exercises of the Pacific Fleet of the Russian Federation. Now the bad news has come from Central Asia, where there is again unrest on the border of Afghanistan with Tajikistan and Uzbekistan. Is it possible that Russia will have to get involved in another armed conflict?


The main newsmaker of last year was undoubtedly the Taliban (a terrorist organization banned in the Russian Federation), which managed to expel foreign occupiers from the territory of Afghanistan and actually came to power. Speculation immediately arose that radical Islamists might wish to expand their sphere of influence by expanding into neighboring former Soviet republics. The Taliban leadership in Kabul categorically denied such rumors, but on the eve of the Chief of the General Staff of the Armed Forces of Afghanistan, Kari Fasihuddin Fitrat, stated in his account verbatim the following:

A powerful army of 10, armed with the most modern technique the NATO and US systems deployed in the northern and northeastern provinces of the country will take action against any armed action. In the shortest possible time, combat aircraft will be ready and will support this powerful force.
So, the Taliban, armed with captured weapons and NATO-style equipment, are standing on the border with Tajikistan and Uzbekistan, ready for some action. It took about a year for the fears about the expansion of radical Islamism into neighboring countries to come true. Or is it something else?

In the domestic press, on this occasion, it is suggested that it has become important for the Taliban to establish de facto control over the northern province, the high-mountainous Panjshir. The Taliban themselves are mostly Pashtuns by nationality, while Panjshir, with its infamous gorge, is populated predominantly by ethnic Tajiks. Ahmad Massoud, the son of Ahmad Shah Massoud, the country's former defense minister of Tajik origin, known as the Panjshir Lion, currently controls the highlands of northern Afghanistan with his militants. The current Chief of Staff of the Armed Forces of Afghanistan, Kari Fasihuddin Fitrat, is also an ethnic Tajik. In this regard, it is assumed that the Taliban leadership sent "their own" to the north, so that it would be easier for him to find a common language with local militants.

True, it is not entirely clear what will happen if he fails. 10 may not be enough where the USSR failed, and then the US and its allies. No modern weapons will help the Taliban here.

There is another explanation. It is possible that within the Taliban itself a consensus has matured on the need for further expansion outside. In addition to the Pashtuns, many ethnic Tajiks and Uzbeks are fighting in its ranks, ready to bring the ideas of radical Islam to neighboring Tajikistan and Uzbekistan. Apparently, this 10-strong corps consists mainly of immigrants from the countries of Central Asia, who are ready to return to their “native harbour”. And such a scenario threatens Russia with a lot of big troubles.

The easiest target for military expansion would be Tajikistan, where the situation may well return to the pattern of the early 90s, when there was a brutal and bloody war against local Islamists, who were actively supported by the Taliban from the outside. The masses of the impoverished population then accumulated in the cities. Power was not popular.
Southern Pamirs acted as an organized opposition, putting forward Islamist slogans. With the help of Afghan instructors, they created militant groups and took control of the proceeds from drug trafficking. The conflict between government forces and the periphery entered the hot stage in 1992. The ranks of the Pamirs began to replenish with ideological Islamists from abroad. It was then that the infamous Jordanian terrorist Khattab came to light in Russia.

In 1994, Emomali Rahmon came to power in Tajikistan. In 1997, peace was achieved, representatives of the Pamirs received a number of positions in power, and the Islamic Renaissance Party of Tajikistan was able to take part in political the life of the country. This party began to play the most active role, engaging in educational and charitable activities, providing an opportunity to make a career regardless of belonging to a particular clan. Everything seemed to be going well, but in 2011 President Rahmon launched an attack on moderate Islamists under the slogan:

Do you want it to be like in the 1990s?
At first, it was forbidden to publicly demonstrate one's religiosity. In 2015, on the eve of the parliamentary elections, the Islamic Renaissance Party of Tajikistan was hit, which was recognized as extremist and terrorist, and it was officially banned. Part of its leadership was put behind bars, the rest emigrated.

Paradoxically, these steps only contribute to the return of the "dashing 90s." Most of the local population lives, to put it mildly, not rich. Fatigue is growing from the actual irremovability of the head of state, who first allowed himself to be re-elected an unlimited number of times, and then knocked out legislation so that his son could take part in the elections. Former members of the now banned Islamic Renaissance Party of Tajikistan began to become radicalized. Against the backdrop of a huge socio-economic stratification of society, the demand for justice is growing.

And here the Taliban, who returned to Tajikistan with weapons in their hands, can again enter the scene. Then Russia, as an ally in the CSTO, will be forced to intervene in another armed conflict, now in Central Asia.
Ctrl Enter
Noticed oshЫbku Highlight text and press. Ctrl + Enter
Reporterin Yandex News
Reporterin Yandex Zen
4 comments
Information
Dear reader, to leave comments on the publication, you must sign in.