In the United States, they offered the Armed Forces of Ukraine a victorious strategy against Russian battalion tactical groups 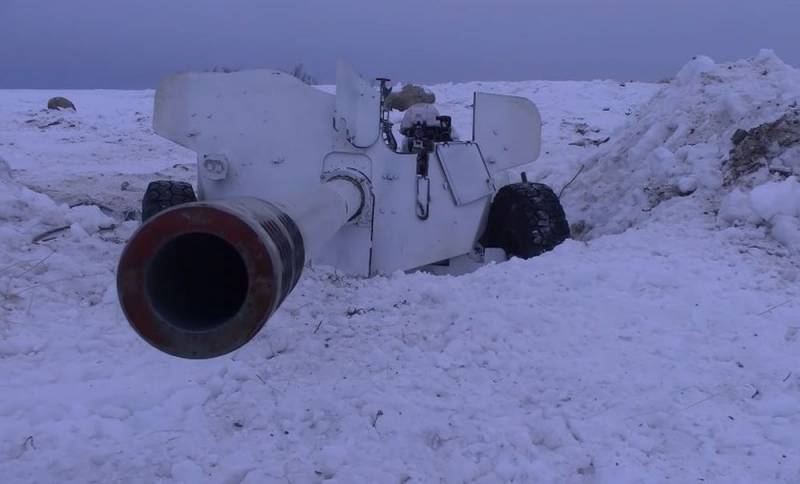 Moscow has deployed about a hundred battalion tactical groups on the Russian-Ukrainian border. A huge grouping of troops - over 100 thousand soldiers, more than 1 thousand tanks and many different artillery systems, with engineering, air defense and electronic support. However, this armada of troops is also vulnerable, the Ukrainians know about it, so there is a way to defeat the Russians, writes expert David Ax in the American Forbes magazine.


The author is sure that if Russian leader Vladimir Putin launches an “invasion”, thus giving a new round to the eight-year-old conflict in Donbas, the RF Armed Forces will face “a fully mobilized Ukrainian army that will outnumber the attackers – at least on paper.” The only question is how much the Armed Forces of Ukraine will "cunningly and stubbornly" fight for their country.

Over the years, Ukrainians have learned the strengths and weaknesses of Russian BTG tactics. Therefore, if the Armed Forces of Ukraine can use their knowledge, they will be able to significantly slow down the advance of the "advancing" enemy troops or even completely stop it. At the same time, it is possible that the RF Armed Forces will use all their non-nuclear potential: aviation, the Navy, and even electromagnetic weapons systems.

While Russian tactical defeats were rare—more likely to end in an operational stalemate rather than a decisive defeat—the successes of the Ukrainian regular army were enough to suggest that Russian BTGs had tactical vulnerabilities that could be exploited.
– U.S. Army Captain Nicholas Fiore wrote his findings back in 2017 for Armor magazine.

The Russians have a number of strengths. Their BTGs are organized in such a way as to make the most of the overwhelming flurry of artillery fire - "this is the main strong point of the Russians." This tactic is very useful, as it helps to save the most valuable resource - highly professional infantry.

However, one must understand that Russia is experiencing long-term demographic problems, and conscripts are virtually useless in modern combat. The brigade of the Russian army "on paper consists of several battalions, but in reality it can form only one BTG out of 36 detachments of qualified soldiers." At the same time, the brigade of the American army is able to field 60 such detachments. Moreover, in the Donbass, “regular units of the RF Armed Forces are fighting side by side with separatists from the LPR and DPR.”

Fuure drew attention even then that Russian commanders used their strike capabilities to inflict maximum damage on the Armed Forces of Ukraine and force Kiev to negotiate. At the same time, they took care of their subordinates, since it is difficult to quickly replenish losses, therefore, their strategic price is extremely high. The Russians organized the protection of their forces and assets from the attacks of the Ukrainian army "at the expense of puppet troops of local paramilitary formations."

Therefore, for the Armed Forces of Ukraine, these “puppet troops” are the best target. The infantry of the Russian BTGs are spreading out to identify enemy forces along the front line, as well as cover artillery and supplies. If some Ukrainian commander manages to concentrate enough forces and resources to keep the Russians in place, and at the same time conduct a counterattack, then he will probably, having made a roundabout maneuver, be able to hit the BTG in the most vulnerable place, i.e. where "puppet troops" are responsible for security. The success of the described penetrating raid has already been proven, and back in 2014, so even the command post, reconnaissance and other units of the BTG can be hit. At the same time, it is much more difficult to successfully carry out a penetrating raid, when the most distant enemy forces consist of the regular army of the Russian Federation, and not "puppet troops", is much more difficult. But it's also possible.

The separatist infantry attacks lasted three months, supported by Russian cannon and rocket artillery, but they failed to penetrate the eastern outskirts of the city. The success of the Russians was prevented by the Ukrainian volunteer infantry, supported by tanks and long-range artillery of the Armed Forces of Ukraine. There were not enough local separatists, and Russia did not want to introduce a sufficient number of its regular infantry
Fury describes the “battle of Mariupol” in 2015.

Thus, the winning strategy against Russian BTGs seems to be the following. First, the Ukrainians need to withstand the barrage of artillery fire from the BTG and endure the subsequent “frontal strike”. And not so much for the sake of survival, but to identify the few infantry units of the RF Armed Forces on the ground. Then the Ukrainians need to counterattack and aim at the BTG concentration area, break the resistance of the defending “puppet troops” and wreak havoc. But a successful raid will cost the attacking side dearly. Whether the Ukrainian leaders and commanders on the front line will have enough determination to resist a hundred BTG, in order to then counterattack, is unknown, the author from the United States sums up.
Ctrl Enter
Noticed oshЫbku Highlight text and press. Ctrl + Enter
Reporterin Yandex News
Reporterin Yandex Zen
13 comments
Information
Dear reader, to leave comments on the publication, you must sign in.