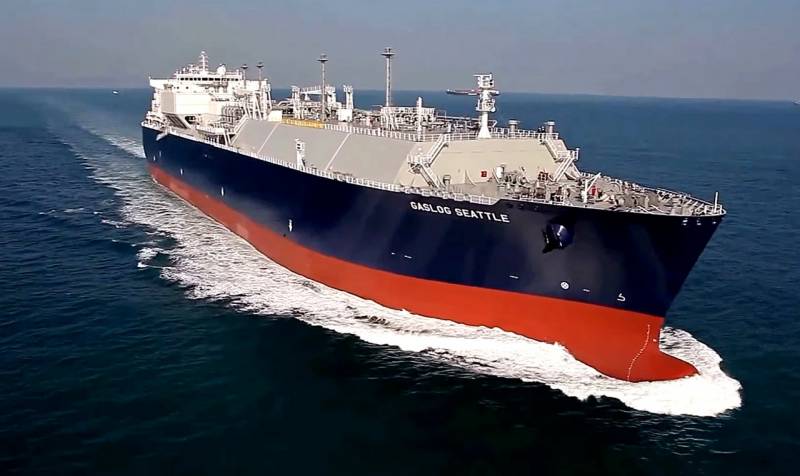 The United States is actively trying to fan the fire of war in the Donbass. There is a pumping of the Armed Forces of Ukraine with weapons, inciting the Ukrainian leadership against Russia and a powerful information campaign about the “Russian threat”, which is designed to deliberately justify future provocations in the eyes of Western public opinion.


Political side of the aggressive behavior of the United States is covered in sufficient detail. America is losing hegemony in the world, unleashing a cold war against China, and attacking Russia in various ways to weaken China's ally, crush Russia's global ambitions, and show the world that the United States is still capable of determining the fate of Europe. The situation with the escalation in the Donbass is becoming, among other things, a false means of rallying European countries around the United States. Plus, negotiations continue at various levels between the United States, Britain and Russia, the ins and outs of which, probably, is the general alignment of forces on the world stage in the context of the global confrontation of the Cold War.

European gas market for the USA

Rђ RІRѕS, economic The side of the aggressive behavior of the United States is given much less attention, but it plays an important role. America in the 2015st century is gradually transforming from a producing country into an exporter of natural resources. Back in 7,6, the contribution of the oil and gas industry to the US economy was 10% of GDP and provided more than XNUMX million jobs. A significant share of it is gas exports. Europe is the largest market that US corporations want to capture with their liquefied gas. Moreover, this market was previously artificially expanded due to the “green agenda” aggressively propagated by pro-American forces, according to which, for example, half of the nuclear power plants were closed in Germany.

Russia, on the other hand, is the main competitor of the United States in Europe in this area and supplies gas through Ukraine, in addition, supplies are planned to bypass it through the Nord Stream. The United States is trying with all its might and means to thwart the implementation of this project for purely economic, competitive reasons.

One of the most desirable consequences for the US of the escalation in the Donbass will be the interruption of the gas supply chain from Russia to Europe. The American Radio Liberty already indirectly says this:

In the event of a possible Russian attack on Ukraine, either Russia could cut gas supplies to Europe, or its energy sector could fall under Western sanctions. The US administration has had a series of discussions with energy companies around the world about the possibility of ramping up production to replace Europe's Russian gas (which accounts for over a third of European consumption) with supplies from other sources, and US officials are confident that Europe will not suddenly find itself in the middle of winter without heating.
The Canadian edition of The Globe and Mail wrote about the same:

All of a sudden, Europe's thoughts are on liquefied natural gas, a minor but increasingly important fuel that could play a key role in keeping Europeans from experiencing power outages if Russia's invasion of Ukraine triggers a sanctions fight.
Thus, a regional conflict is provoked before us, the purpose of which is the redistribution of the sales market. Moreover, American gas is more expensive than Russian gas, which is why European countries that are involved in anti-Russian hysteria are sawing the branch they are sitting on.

However, that is why the position of the governments of France and Germany on the issue of the “Russian threat” is not as radical as the articles and broadcasts of their “free” and “independent” media, which will publish the “exact date of the Russian attack” in a day. This difference reveals the weakness of these countries before the influence of a powerful overseas patron.

The European gas crisis, which is also falsely blamed on Russia, has been a powerful driver of US appetites as European gas prices soar. What provoked this crisis - the incompetence of the European authorities or some kind of behind-the-scenes forces - is difficult to say, but the fact is that it became the backdrop for subsequent political events. Now the European consumer is already prepared for high prices and will not blame the US for raising prices in case of refusal of Russian gas. Everything is amazingly successful for the American strategy to conquer the European market: Putin is to blame for the rise in gas prices, Putin unleashed a war, and therefore noble and caring Americans are now supplying gas to Europe, they literally saved the burghers from freezing in winter.

Context of the Cold War

One of the fundamental factors behind the heightened US interest in gas exports is America's trade balance with China. The cumulative exports from China to the US are several times greater than the cumulative exports from the US to China. In a global confrontation, this puts the US economy at a disadvantage. It was not possible to correct it through a trade war, so the United States is looking for a way out of this situation in the growth of exports to other markets, including hydrocarbons to Europe. Moreover, all the conditions for the growth of gas production are available.

In addition, the US economy is going through a severe crisis and it urgently needs positive dynamics not in the speculative growth of quotations, but in the real sector of the economy. The extraction and sale of natural resources is one of the easiest ways to revive production. All you need is markets and well-established supply chains. Here the US political leadership is trying to clear a market for its corporations using cowboy methods.

The condescending nickname of Russia as an "energy superpower" in this particular case is more applicable to the United States. America acts just like an aggressive energy power, which is eager to sell more natural resources and at better prices, not shunning any adventures for this.

The military escalation in the Donbas is extremely disadvantageous for Russia and Europe, especially in the context of gas supplies.

From an analytical point of view, it is important to understand the relationship between the economic side of the aggressive behavior of the United States and the political one. What is the main thing in this case? Politics blindly follows economics, or economics is entangled with politics. Considering the “weight” of the economic factor (profit from gas transit and economic recovery), the overall US political strategy to maintain world hegemony through the outbreak of the Cold War, I believe that politics plays a decisive role, and the economy plays a subordinate one.

It is important for the United States to put pressure on Russia, sow instability and chaos in all key regions of the world, rally large countries under its command and thus maintain its hegemony. This is key. Thanks to the dominant position of their country, American corporations receive fabulous benefits in all areas. Therefore, economic interests in general underlie US policy, but in this particular case with the European gas market, they become an additional moment in the general concept of imperial aggression.
Reporterin Yandex News
Reporterin Yandex Zen