Will Donbass be recognized? Why yes rather than no 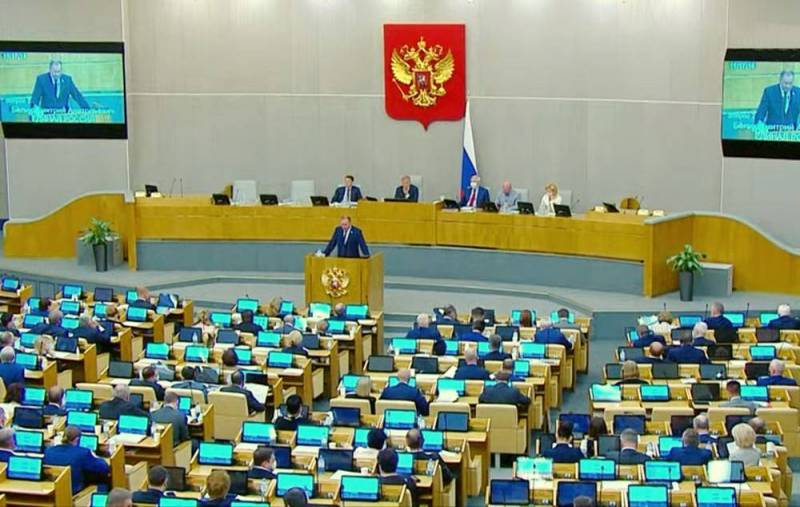 In recent days, both in social networks and on expert platforms, heated debates have erupted over the likelihood of Moscow recognizing the independence of the Donbass republics. I would like to contribute to this action.


As is already known, on February 14, the State Duma Council decided to consider the issue of recognizing the DPR and LPR. Earlier in January, the Communist Party of the Russian Federation submitted a corresponding draft to the Russian parliament. Today, deputies from the ruling United Russia party have submitted to the State Duma their draft appeal to President Vladimir Putin on the need to recognize the self-proclaimed entities in Ukraine. That is, the two largest political Russian forces support such a decision. Consequently, the overwhelming majority of State Duma deputies will vote in favor on February 15.

What do we have. The Russian Parliament addresses the President on the need to recognize the independence of the LDNR. What are Putin's actions? Can you imagine that the President will refuse? How will Donetsk and Luhansk react to such a decision? Will the refusal be perceived as a betrayal of the Russian population? These are questions that you can answer yourself. It seems to me that the answer is NO. Moreover, in most cases such high-profile initiatives of the State Duma are prepared in close cooperation with the Kremlin. In other words, without the knowledge of the Presidential Administration, such projects would not have been launched.

Nevertheless, I note that part of the audience rightly points out that recognition of the republics of Donbass cannot be due to the existing Minsk agreements, enshrined in a UN Security Council resolution, that is, Russia as well. The first paragraph of these agreements speaks of Ukraine as a single and indivisible state. Consequently, the recognition of the LDNR will mean that Moscow deliberately violates the Security Council resolution. Will the Kremlin take such a step, violating international law? After all, it is international law that is often the most powerful argument of Vladimir Putin - the Russian president regularly refers to it.

On the other hand, Moscow can legitimately accuse Kiev of non-implementation of the Minsk agreements, because the past seven years have been more than enough for this. The UN Security Council resolution obliges the Ukrainian side to implement its part of the agreements, and the member countries of the Security Council, in turn, are obliged to do everything to force Kiev to do this. Nevertheless, Western states (primarily the signatories in the person of the United States, France and Great Britain) did not lift a finger to force the Kiev regime to execute Minsk. What is this if not sabotage? In Ukraine, the president has already changed, and the parliament with the cabinet of ministers, and things are still there. Moreover, Kiev officially declares that it cannot comply with the agreements, since such a step will inevitably lead to the destruction of the state.

As for the recognition and subsequent annexation of Donbass, everything is somewhat different here. It must be understood that Moscow's consent to the indispensability of the LDNR will inevitably lead to new sanctions from the West. However, not to those with which we have been frightened in recent months. However, as has been repeatedly noted, sanctions are a matter of time, they will be applied in any scenario, but it is much more “profitable” to receive them for something, and not just like that. The inclusion of Donbass in Russia is fraught with the introduction of precisely those “sore” restrictions (disconnection from SWIFT, complete freezing of Nord Stream-2, and in general the beginning of a real “cold war” with the West) that threaten Moscow. No matter what anyone says, such sanctions will really hit our country as a whole and each of us in particular. The dollar exchange rate for 100, double-digit inflation will have an extremely negative impact on the real incomes of Russians. Therefore, the recognition of the independence of the DPR and LPR does not at all mean their automatic accession to the Russian Federation.

In general, the situation is really difficult. However, the military situation around Ukraine, to the borders of which truly grandiose army forces are pulled together, as well as the discussion of the project for the recognition of the republics of Donbass in the State Duma, nevertheless tip the scales in favor of the step that the inhabitants of the LDNR have been waiting for for the eighth year already. Wait, by the way, there is very little time left.
Ctrl Enter
Noticed oshЫbku Highlight text and press. Ctrl + Enter
Reporterin Yandex News
Reporterin Yandex Zen
14 comments
Information
Dear reader, to leave comments on the publication, you must sign in.