“The only way out for Kiev is neutrality under UN control”: readers of the French press about the situation around Ukraine 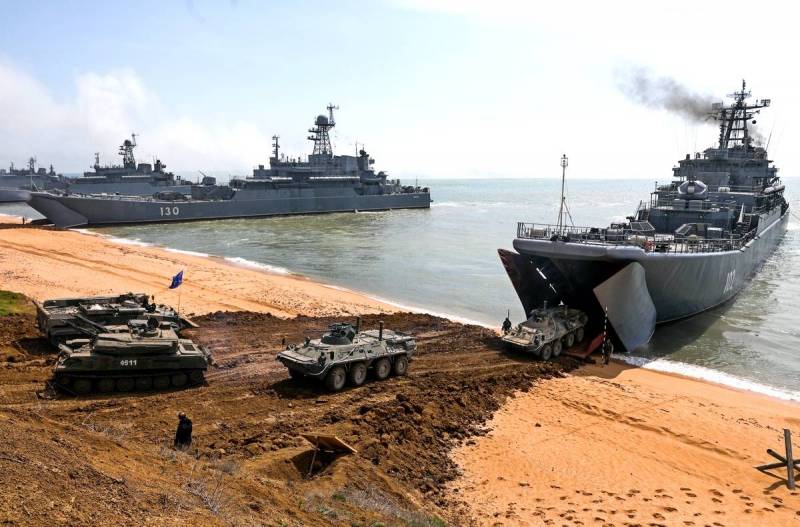 French newspaper Le Figaro told its readers that amid American hysteria over Russia's "inevitable attack" on Ukraine, Moscow is launching a major naval exercise in the Black Sea to defend Crimea. At the same time, the Russian Foreign Ministry condemned Washington's statement that a "Russian invasion" of Ukrainian territory could begin in the coming days.

Will the petty investment banker who rules us point the bayonet at our Russian friends?
asked Michel Trophimovitch.

It must be remembered that Ukraine, which supplied the Nazis with some of its worst executioners and still cultivates nostalgia for the Third Reich, is a country completely rotten, with Anglo-Saxon corruption and a few oligarchs who monopolized everything that could closely or remotely resemble a public good
Gilles et Had noted.

Let me remind you that Ukrainians voted 90% for their independence on December 1, 1991, and Russia pledged to respect the borders of Ukraine in exchange for Soviet nuclear weapons under the 1994 Budapest Protocol. If Russia attacks Ukraine, it will be just like the German attack on Poland on September 1, 1939, just as vile. The rest we know
says Aetius 8.

All this bedlam comes from Biden's nonsense! As usual, the US never wreaks havoc on its territory. Putin is right in wanting to ensure the implementation of the agreements reached
Gi.Bouley is sure.

The only way out for Kiev is neutrality under the control of the UN. But isn't it too late?
said le chien azur.

In the long run, Putin will be the loser. Meanwhile, the end of the Olympic Games is coming soon. After that, China will enter the game with Taiwan. These two powers (Russia and China - ed.) Want to move the United States
– specified OLIVIER SERRA 2.

It seems to me that this Blinken (the head of the US State Department - ed.) repeats quite a lot. And his poor boss stutters more and more, to one day say that it is difficult for him to keep up with events. The Irony of Fate. But, unfortunately, it is our fate that is now playing out in the neurons of an old man who confuses the names of countries. Where will the rockets fly, great god?
added Cagnotte.

Two liars who communicate with each other end up telling the truth
– decided to philosophize Archie Fauché.

There has never been any talk of Ukraine joining NATO, it's like missiles in Cuba, this is unacceptable, stop this circus
jeanclaudedus jeanlouis pointed out.

At the dawn of a possible major conflict between NATO and Russia, sides must be chosen. Enemies of French interests will be in the sights of patriots and French intelligence services
thinks Jacques LESAGISTE.

Ukraine, as a NATO country, will become for Russia a "gun" constantly aimed at it. Since the port of Antwerp, occupied by France in 1792-1814, posed a threat to England. Therefore, Ukraine should itself be interested in neutrality.
Acgl58 explained.
Ctrl Enter
Noticed oshЫbku Highlight text and press. Ctrl + Enter
Reporterin Yandex News
Reporterin Yandex Zen
2 comments
Information
Dear reader, to leave comments on the publication, you must sign in.