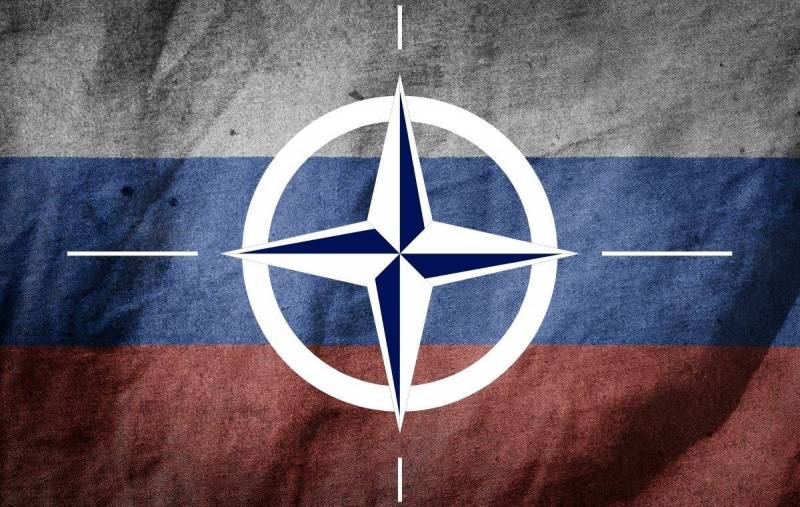 The global confrontation between the "great powers" in the XNUMXst century is acquiring new forms that correspond to the spirit of the times. The ways of influencing a potential adversary have changed. “Nuclear rattling” and the mobilization of front-line groupings of troops threatening a full-scale offensive are a thing of the past. They finally gave way to the participation of the "great powers" in regional conflicts on different sides of the barricades, the encirclement of enemy territory by means of suppression in the air, water, underwater and outer space and aggressive trade wars under the guise of economic sanctions.


The build-up of "conventional weapons" takes place through a race of high-tech weapons, the effectiveness of which on the scale of a really big war is debatable due to their small number. Civil defense programs have been abandoned in the United States, China and the Russian Federation, normal maintenance and strengthening of the network of bomb shelters and bunkers is not being carried out. Large countries are content with the modernization of strategic aviation, created at the end of the XNUMXth century. Many samples of ultra-modern weapons are created not with an eye on waging war, but on the basis of ideas about their commercial, export attractiveness.

On the one hand, this shows the moral and technical the unpreparedness of large countries to wage a full-scale war with the seizure of territories, on the other hand, sharply increases the danger of using tactical and strategic nuclear weapons in the event that other "arguments" are exhausted.

Assuming that the share of national income spent on the Cold War is limited to spending on the military, it appears to have declined since the Cold War of the 1980th century. So, in the early 7s, the United States spent about 3,7% of GDP on military purposes, and today it is only 1970%. China, according to some estimates, spent about 6% of the budget on defense in the 2s, and now it is 2,8%. Modern Russia spends XNUMX%, which is clearly lower than the USSR. Moreover, in the XNUMXst century, the leading states have huge social and infrastructure budgets compared to the last century, and are also burdened with large amounts of public debt.

However, it does not follow from this that fewer national forces and resources are being spent on the Cold War today. The fact is that informatization, computerization and internetization of society and the state have created conditions for the full emergence of new fronts - technological and informational, which are considered political almost key strategists. The costs of counteraction on these fronts are not always fixed in military budgets. And in Western countries, they are largely tied to private technology giants.

Technological confrontation is conducted in two directions, dictated by the very device of computer technology: microchips and software products. It is difficult to imagine what kind of collapse awaits some countries if they are completely deprived of microprocessors, operating systems and the most standard computer programs. And this is quite possible, since the production of these products is monstrously monopolized, and most of the programs are connected with manufacturing companies via the Internet. There is no doubt that, for example, Microsoft or Apple are technically capable of infecting all Windows computers, all computers, smartphones, watches on macOS and iOS with a paralyzing virus in a certain area. The same cannot be ruled out for Intel and AMD processors, which are installed in the vast majority of devices. Western countries, through the free market and the extreme monopolization of production, have achieved an impressive technological superiority, which can become a powerful new weapon in their hands. Assange and Snowden's revelations have already shown how peaceful and seemingly innocuous technologies are being used by intelligence agencies.

China, using its position as the largest manufacturer of computer equipment, has already developed and is implementing a strategy to undermine the technological monopoly of the West. But the successes of the Chinese are still insignificant. Russia, unfortunately, does not have a single global technological monopoly, it is completely dependent on imports of foreign high-tech products, which are of key importance. Providing Russian weapons, space technology, nuclear equipment with modern "stuffing" is significantly dependent on imports. This constrains the country's foreign policy and military-strategic maneuver in the face of a tough confrontation with the West.

The political models of modern states in the XNUMXst century have evolved significantly in terms of the strength and stability of state institutions. On the one hand, modern institutions of the state have grown to a huge scale, acquired police features and exercise total control over all spheres of society, on the other hand, their repressive potential has significantly decreased in acute moments of crisis. Governments today are more easily overthrown than ever before, the police and the army are helpless in the face of more or less massive unrest and protests. A hundred years ago, it was difficult to imagine the “color scenario” typical of our days, when a small camp in the center of the capital could lead to a complete failure of power. Those who have studied the revolutions of the past know that then the struggle was much more stubborn, bloodier, more organized, and the social crises that led to a change of power were deeper and more extensive.

Under these conditions, the ideological indoctrination of the population, the formation of public opinion and the control of the mindset of the masses are of great importance. The freedom of movement of information due to the Internet and the global entertainment industry (movies, games, music, network culture) has become global. Today, from America, one can easily influence the worldviews of Russians, and from Russia, the views of Americans.

Moreover, the level of political literacy among current generations, compared with the past, not only has not increased, but has also degraded. The relatively stable and justified ideological concepts and formulas capitalism/socialism, left/right, patriotism/cosmopolitanism, nationalism/internationalism have given way to vague agendas and fruitless debates about “human rights” and democracy. The West shouts that they have the most democratic democracy, China claims that its democracy is much better than the Western one, and Russia echoes that democracy should not trample on the traditional and cultural values ​​of the people. In the political consciousness, the important (what is the economic model of the country, whose interests the government serves, etc.) has been replaced by the secondary and far-fetched (the rights of sexual minorities, ecology, feminism, freedom of expression).

On the information front, there is a war of compromising information and meanings, the struggle of who will convince whom more strongly that the opposite side is a greater evil. Truth and scientific analysis have completely ceased to interest both politicians and ordinary people.

The purpose of this struggle is to destabilize public opinion, incite contradictions in the enemy camp. Of course, most of these contradictions quite objectively exist or have an objective social foundation.

Due to the general decline in the stability of political regimes, the accumulated social problems in each country, a strike on the internal problems of a potential adversary with an "information weapon" seems extremely promising. Therefore, large resources are used by all parties on the information front. Moreover, such seemingly distant spheres as diplomacy, state policy in the field of culture and art, and professional sports are gradually subordinated to the information front.

The West also has a number of significant advantages on the information front, since corporations such as Google, Facebook, WarnerMedia, News Corporation, The Walt Disney, ViacomCBS, NBCUniversal have a tremendous influence on the formation of public consciousness not only in the West, but throughout the world. . In the West, a discipline for the introduction of ideological attitudes has been developed in detail - Public Relations, which is widely used in working with public information.

China is using a defensive strategy of network sovereignty, informationally shielding itself from the Western Internet and Western media. Russia is gradually leaning towards a similar model.

These two new tactical aspects of the Cold War in the XNUMXst century, and the importance attached to them by the parties to the confrontation, gives the world a chance that the Cold War phase will drag on without developing into the Third World War in a short time.
Ctrl Enter
Noticed oshЫbku Highlight text and press. Ctrl + Enter
Reporterin Yandex News
Reporterin Yandex Zen
30 comments
Information
Dear reader, to leave comments on the publication, you must sign in.